Great news from our good friends over at Modiphius Entertainment is that they have landed the rights to produce a roleplaying game based around Frank Herberts legendary space drama Dune!  I know that Chris Birch head honcho over at Modiphius is a huge fan of the books, so its safe to say that the IP is in good hands, especially seeing how well Star Trek was treated.  More information below from the announcement! Many congratulations to Chris and all the team at Modiphius!  Just need to get Captain Scarlet now for the full set Chris!

“This is only the beginning of our big plans in tabletop for this captivating franchise,” said John-Paul Brisigotti, CEO of GF9. “Dune is a rich and wonderful universe, and we expect to produce an equally expansive and inspired line of games for years to come.”

“Gale Force Nine has consistently demonstrated a skill and passion for building successful tabletop game series alongside category leading partners and we are thrilled to announce this exciting addition to the Dune licensing program,” said Jamie Kampel, Vice President of Licensing & Partnerships for Legendary. “Legendary looks forward to a fun and meaningful contribution to this revered legacy property.”

The full range of products, including board and miniatures games, are scheduled to release just prior to the upcoming Dune theatrical release in 2020. GF9 plans to align with other game companies in numerous categories and formats for future releases as well.

“With this master license, we are excited to collaborate with our peers and leverage their unique expertise to realize a complete spectrum of game types and authentic experiences,” said Brisigotti. Slated for late 2019, their first collaboration is a tabletop role-playing game from Modiphius, publisher of popular licensed games including Star Trek Adventures, Fallout: Wasteland Warfare, Conan, Mutant Chronicles, Achtung! Cthulhu, and Tales from the Loop.

The licensing deal was brokered by Joe LeFavi of Genuine Entertainment, who will manage the Dune license for GF9 and assist in business development with Brisigotti. 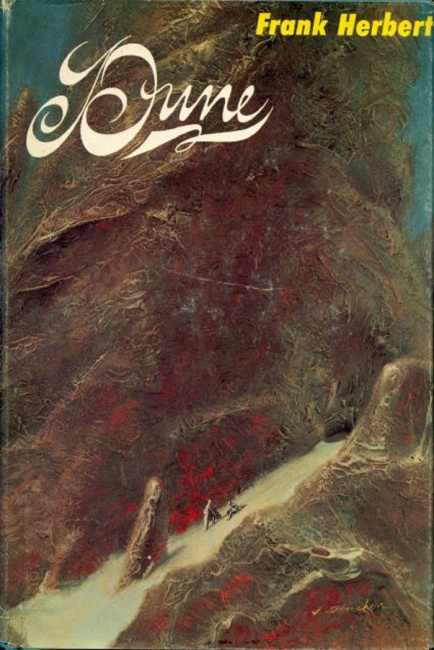 Herbert Properties LLC is managed by the Herbert family, and is copyright holder for the Dune series. Frank Herbert first published the bestselling Dune in 1965, and wrote five sequels to the popular novel. After his death in 1986, his son Brian Herbert and Kevin J. Anderson expanded the series with 14 additional books.