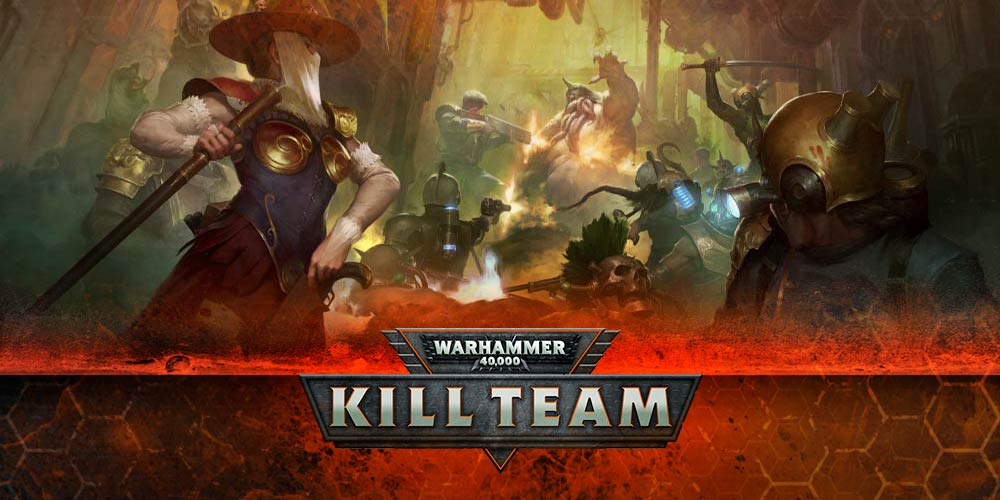 Kill Team: Rogue Trader is packed with models, missions, kill teams – and, as it turns out, plenty of lore too! 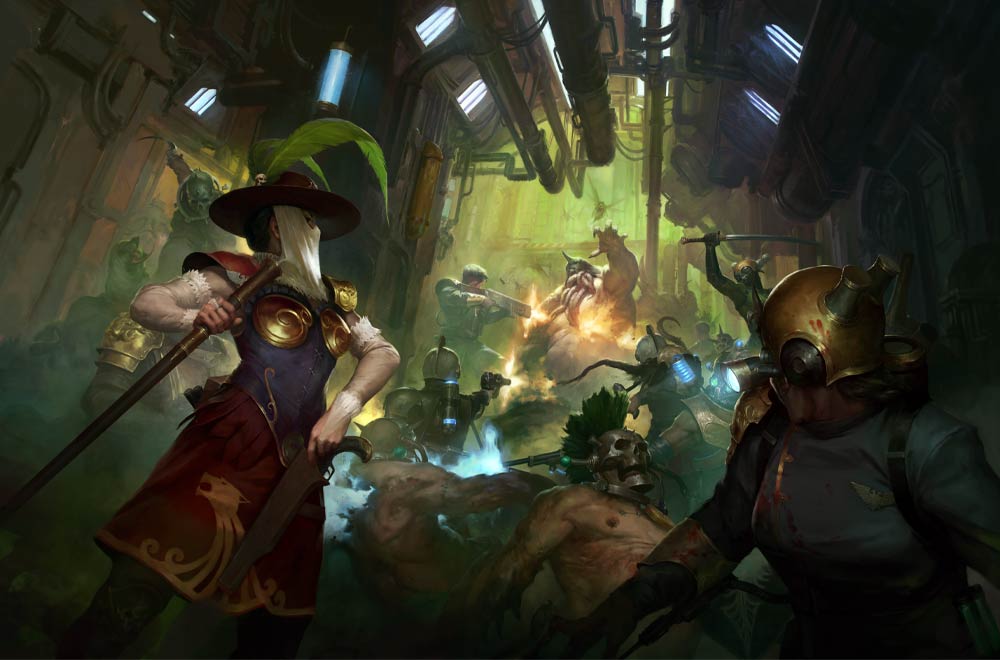 If you’ve been looking to learn more about Rogue Traders, the mutant hordes of Nurgle, or just what the mysterious Gellerpox is, you’ll be able to find out in the Kill Team: Rogue Trader book, which tells the story of a desperate mission to find new homes for humanity. 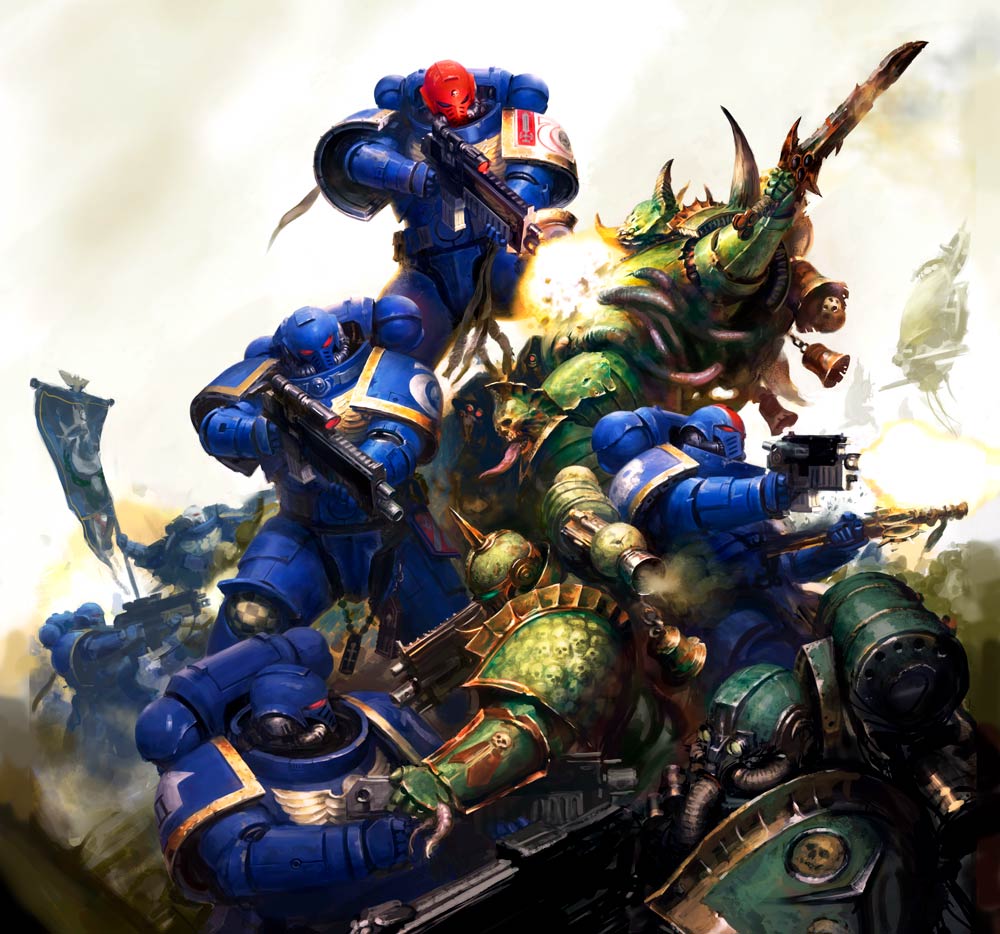 After decades of grinding warfare with the Death Guard and the forces of Nurgle, the 500 Worlds of Ultramar – once a beacon of hope and progress in a dark universe – are a shadow of their former selves. Despite victory in the Konor campaign, and having temporarily driven back Mortarion, billions of citizens are now refugees. With no sign of respite, desperate action is needed to secure safe haven for Guilliman’s subjects. 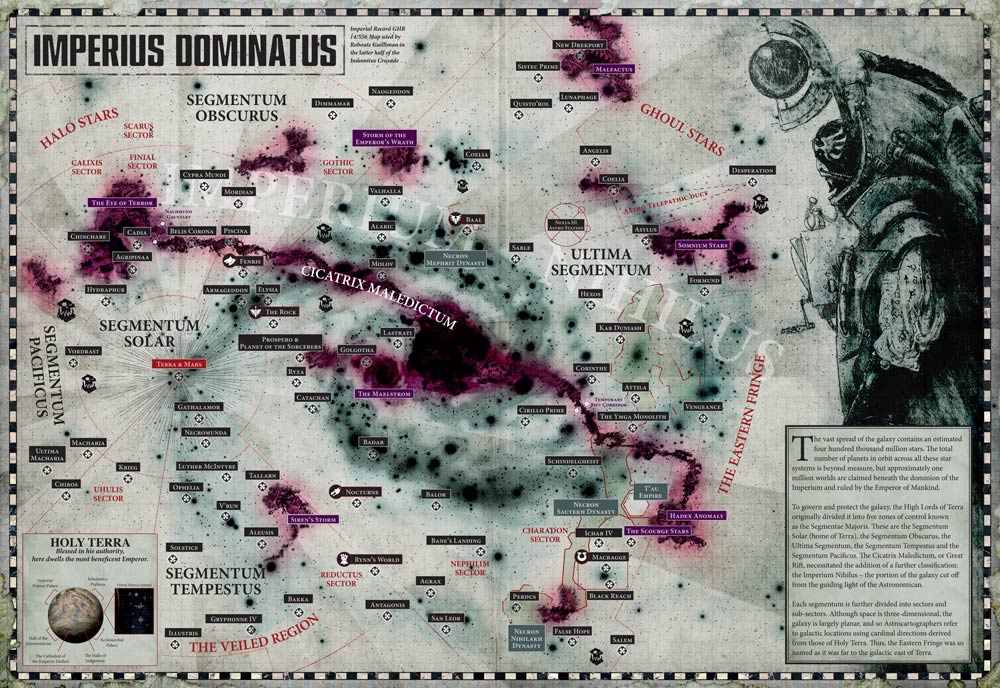 The opening of the Great Rift has changed the face of warp travel forever in the Imperium. For the most part, it’s for the worse – the Astronomican is occluded to vast swathes of the Imperium, and warp creatures hunt the paths between the stars with impunity. However, the shifting tides of the warp have unveiled new pathways on the fringes of the Imperium, offering the promise of new worlds to explore… 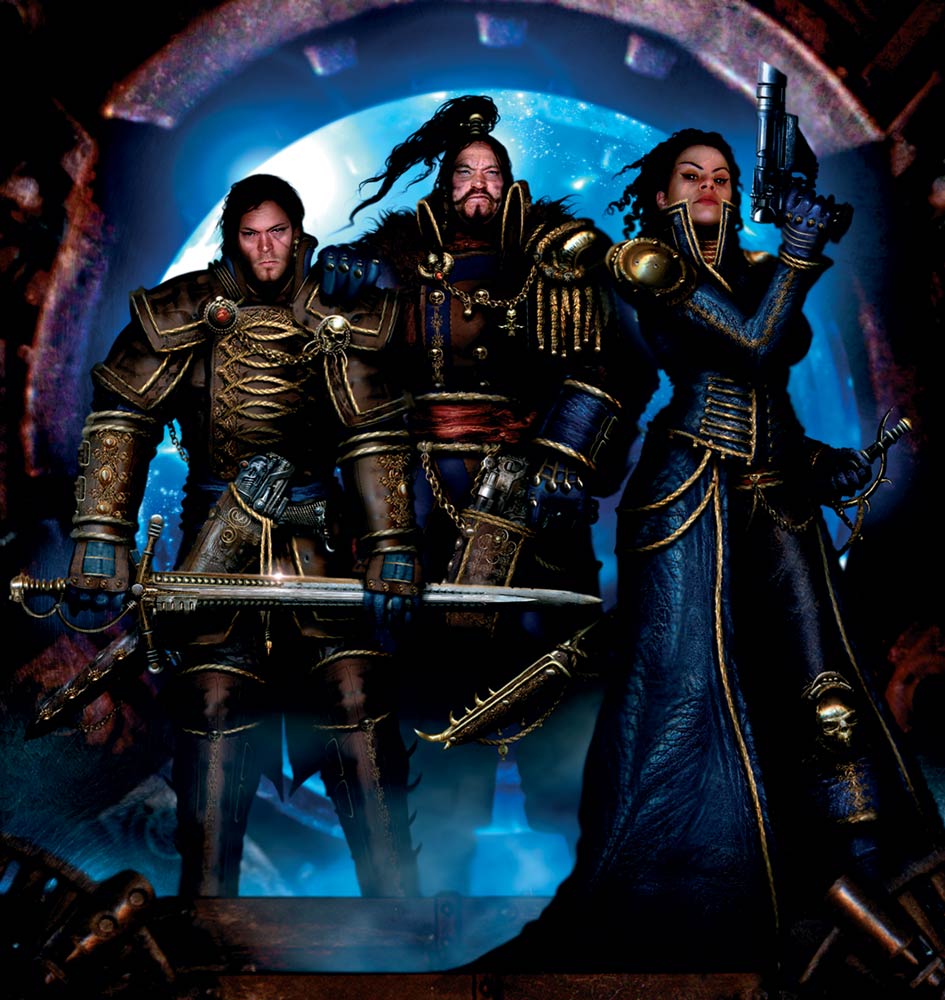 In an unprecedented move, Guilliman gathered nearly a hundred Rogue Traders together for a symposium on Macragge. Rogue Traders are free agents who work to extend the Imperium’s borders, finding new worlds to colonise or bringing lost empires back into the fold. Guilliman’s mission for the Rogue Traders was simple – map new routes and establish fresh kingdoms in which mankind can settle and thrive. 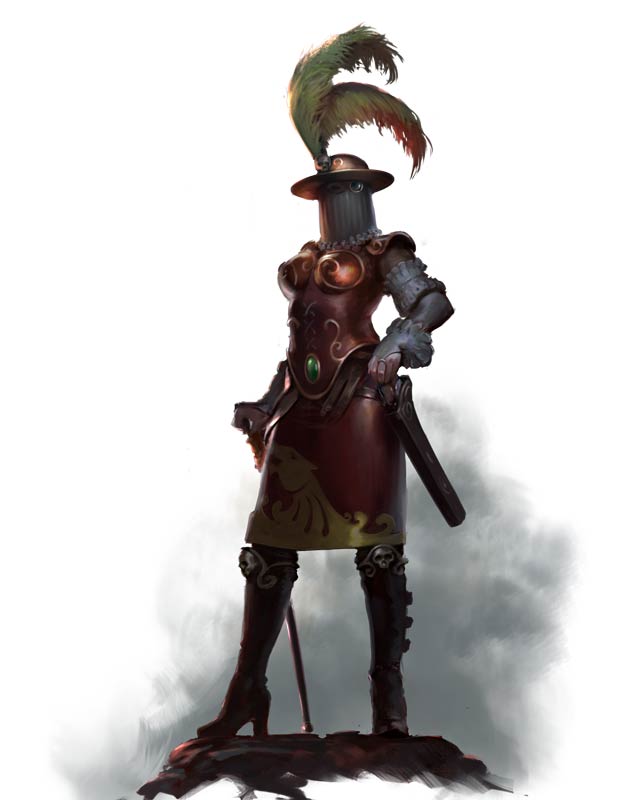 Elucia Vhane was one such Rogue Trader. An estranged daughter of the vast and influential Vhane dynasty, Elucia set off in search of a mythical clutch of unspoiled worlds, following a map rumoured to originate from the Dark Age of Technology. Embarking on a years-long journey, Vhane was prepared for the dangers without – but not the danger within. 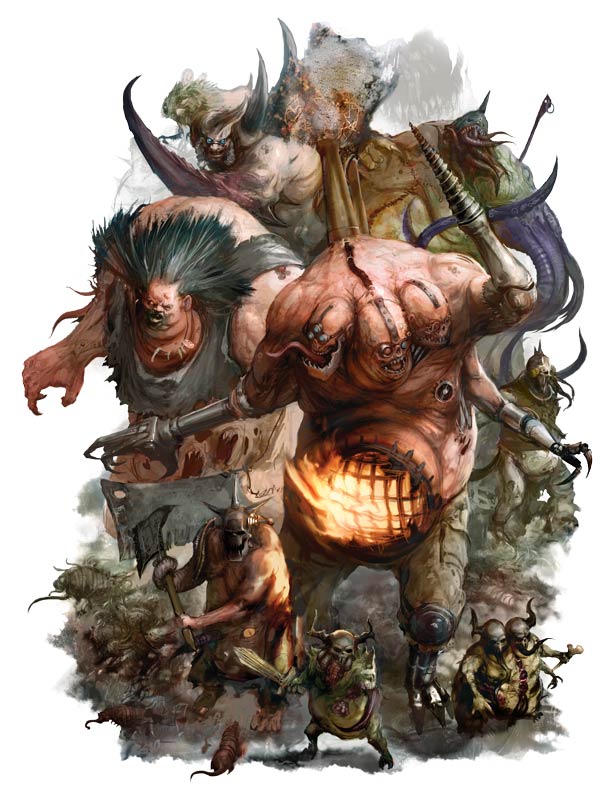 Every Imperial starship is protected by a Geller field – a form of aetheric shielding which protects vessels travelling through the warp from that realm’s manifold predators. The Geller field is not inviolable, however, and even the smallest malfunction can have drastic consequences…

A new plague is rising in the galaxy – one that infects the Geller field generator itself. Capable of afflicting man and machine alike, the Gellerpox first causes strange dreams among the crew that operate these invaluable machines, subtly manipulating them to remove wards of protection and deliberately sabotage their work.

Once the infection reaches its peak, man and machine are fused in horrific union, transforming the lower decks of starships into heaving, bio-organic hellscapes from which hordes of mutants spill forth. As the Great Rift yawns across the galaxy, Gellerpox cults are springing up across the galaxy – including in the engine room of Elucia Vhane’s own vessel.

So we’ve got a ship full of colonists, several light-years from help on the uncharted fringes of the Imperium… and the engine room is full of mutants. This can’t end well. 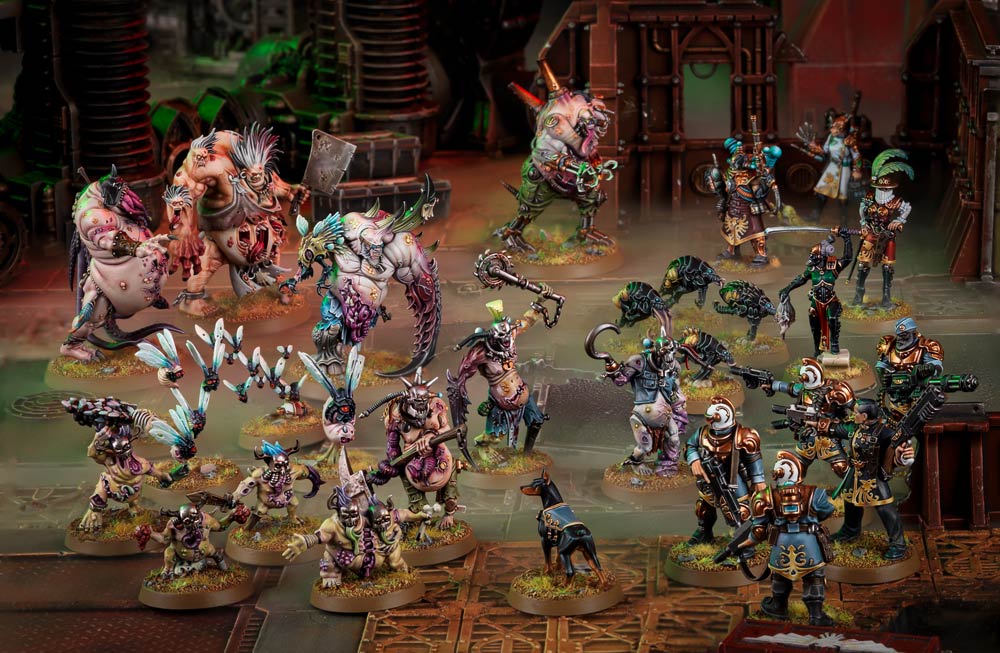 The pre-orders go live this weekend so keep your eyes peeled on the Games Workshop Website for more details.  The artwork and miniatures look amazing.