This weekend sees the  Vigilus Event taking place at Warhammer World in Nottingham.  Vigilus is a planet in the Warhammer 40,000 universe that is a key point and contested by all the major forces and this weekender sees the large complex that serves as a store and museum, as well as offices and more, host the event again and reveal whats coming out soon!

Starting with the Space Marines first and the return of one of their most loved (and loathed) characters. 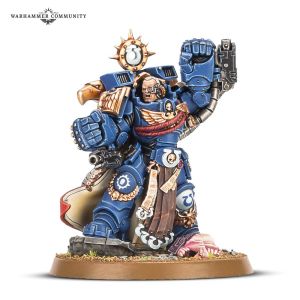 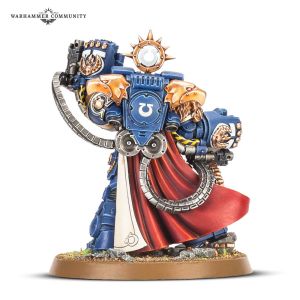 Marneus Calgar is the defacto leader of the Ultramarines chapter of Space Marines and one of the most famous characters in the whole of the 40K universe!  He has been depicted a few times down the years but this is the first time that Calgar is getting the Primaris upgrade treatment.  The miniature looks amazing and as always he his armed with his iconic weapons the Gauntlets of Ultramar, but thankfully he is not seated in this models incarnation.  Games Workshop have come so far in the past twenty five years with their sculpts, if you are new to their products, check out this image of the original Marneus Calgar and see for yourself!

Full rules for Calgar will be found in a new campaign book Vigilus Defiant which will tie together the narrative of the story that has unfolded over the past twelve months.  In short, Vigilus has been under threat from Chaos, the marines arrive but need the help of the Aeldari, who they then double cross (as they are Xenos scum after all), then a huge Ork Waagh rises up!  Now there is so much going on its a good thing that the book is coming out as to be honest I have lost track! 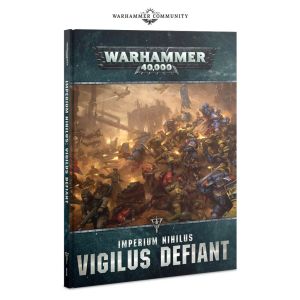 This excellent video shows the sheer amount of detail on Calgar really well.

You can expect to see Marneus Calgar and the Vigilus Defiant book in December so not too long to wait.  But what would a narrative be without a protagonist, enter  Haarken Worldclaimer, a new Chaos champion that leads the dreaded Black Legion as they fight to take Vigilus for the dark Warmaster himself Abaddon! 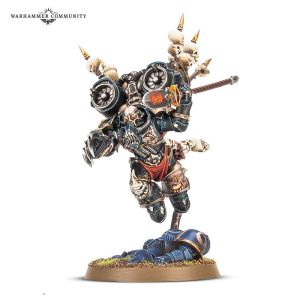 Again another awesome sculpt and a really dynamic pose and the video shows this model in more detail.  Haarken Worldclaimer looks like a great addition to any Chaos generals army.

Also announced was Urban Conquest for Warhammer 40,000.  This is a streamlined reimagining of the old City Fight campaign resource system that allows you to map out an entire city right down the street level so that you can make an epic narrative from it.  In the past City Fight was pretty useful but was a lot of paper work and this slowed down things a lot.  Urban Conquest seems to have been replaced tedious paperwork with cards and plastic wallets that you slide them into, and slowly you will build up your city. 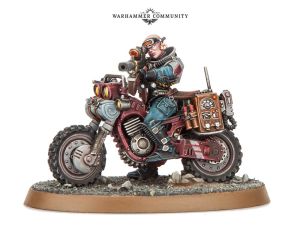 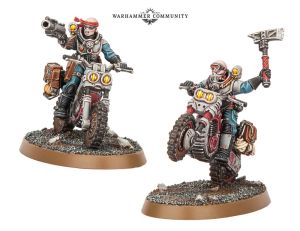 Next up we have the announcement of the Cultist Bikers.   Of all the models previewed so far these are the ones that really stood out for me.  All three models show not only speed, but that they are nimble and able to move through obstacles very quickly, not an easy thing to capture in 3d but kudos on the sculptor.  Bikes in 40K tend to be huge monstrous things that are brimming with guns and have massive wheels, but these bikes actually look like they could be ridden if they existed!

That’s it for the moment there is a lot more to get into but sadly I am unwell at the moment so need to rest and will post the rest later.