I recently started to collect the excellent Doctor Who Exterminate The Miniatures Game from Warlord Games, and I have covered the core game and two of the Doctor Who expansions already.

Warlord Games held a 50% off sale on New Year’s Day and some of the items in it where from the Exterminate game. Not being one to miss out on a bargain I ordered three packs of these awesome miniatures and they arrived recently.

I did my unboxing video over on our YoutTube channel which is below, but here are my thoughts and a quick rundown on the miniatures. 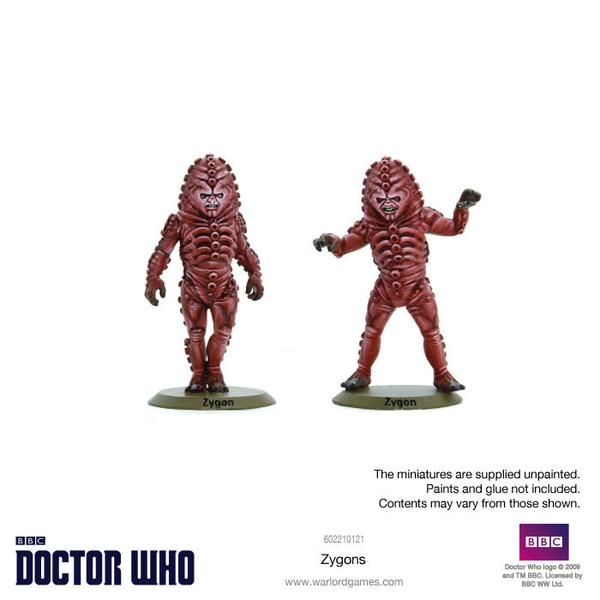 The Zygons are old school Who, having first appeared in 1975 in the Fourth Doctor episode Terror of the Zygons. A formidable enemy that has the unique ability to shapeshift into almost any other organism and use that ability to infiltrate a society at its highest levels.

Zygons are odd looking creatures, looking like a walking pizza slice, that is covered in suckers, with their face oddly placed in the centre of their overly sized heads.

Game wise they have the ability to shape change which can cause havoc for your opponent and turn the tide of a battle. 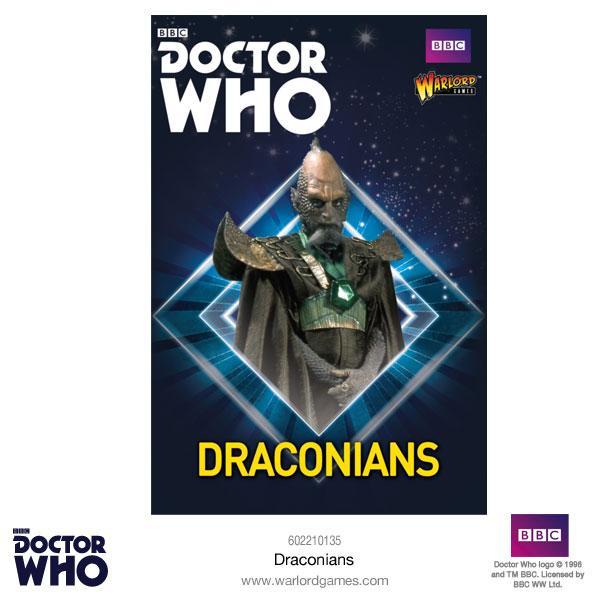 The Draconians are a reptilian race that to date have only appeared in one story Frontier in Space, the 1973 Third Doctor story. A race of noble warriors, they are excellent fighters and highly intelligent and for a race in Doctor Who are very noble, helping the Doctor defeat both the renegade Time Lord know simply as The Master and the Daleks. 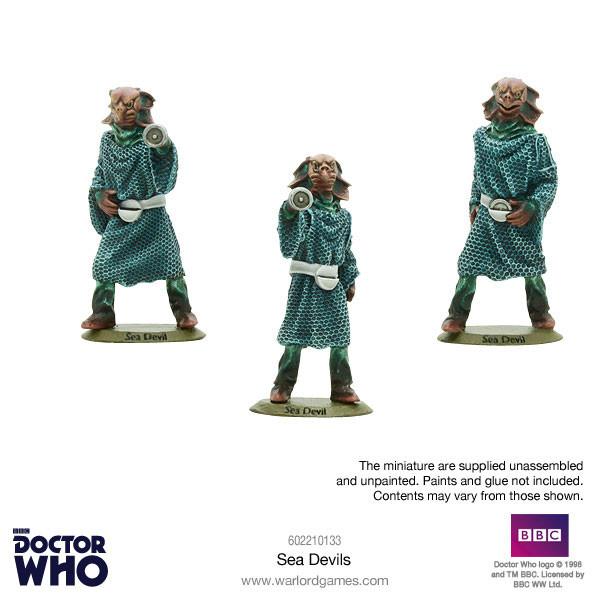 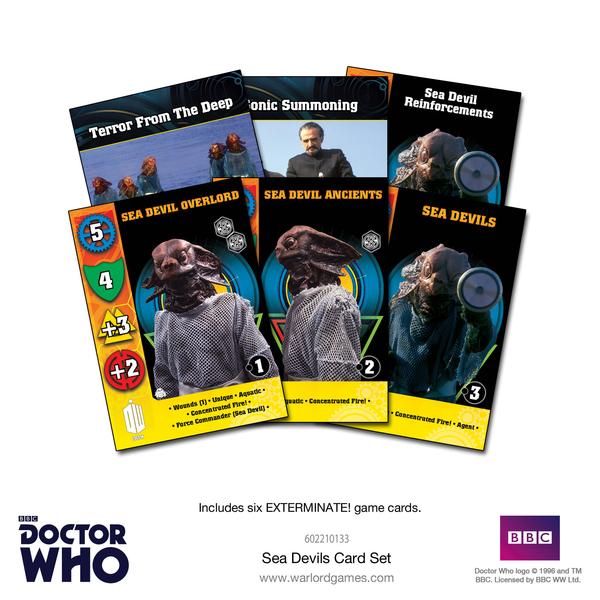 Finally we have one of my favourite television monsters of all time, the Sea Devils. Making their first appearance in the 1972 story of the same name, these aquatic cousins of the Silirians were woke from eons long slumber by The Master and side with him to wipe put humanity who now invests their home.

These creatures are large and for foreboding and their heads make them look like very dangerous sea turtles with a huge beak like mouth that could easily bite a man’s arm off.

This story arc is still one of my favourites in the history of the show, with the isolation of the naval base being a great setting and the fact that the creatures can attack by rising from the water a great spectacle for a ten year old!

In game they are fast and can strike from the depths due to their Aquatic trait and one of their Adventure cards allows them to enter a body of water on the battlefield and emerge from any other body of water anywhere else on the table, so plan ahead for terrain if you take them as a faction.

I would field The Master with both the Zygons and Sea Devils as he makes a perfect leader for both races, cruel and cunning and hell bent on domination or destruction of earth.