There is no denying that Stranger Things is a bit of a phenomenon! Ever since the show hit streaming service Netflix back in 2017, it has been more or less elevated to cult status, almost instantly and has leagues of followers around the world who can’t wait to see what happens next to Mike, Dustin, Lucas, Will, Eleven and the rest of the gang, as they fight against otherworldly foes and fashion in this 1980’s setting! Apart from it being an extremely well written show and having an amazingly talented young cast who can act the socks off most people twice their age, Stranger Things had a lot of other things going for it, in the main its nod to all things 1980’s and that nostalgia really did work well.

Now as the show gears up towards its third season a new version of Dungeons and Dragons classic ‘Red Box’ is set to be released and is themed around the hit series. 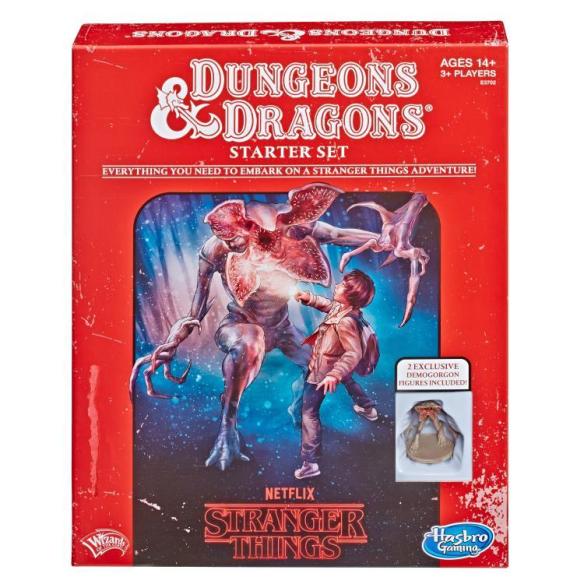 Roleplaying is not unknown to Stranger Things, in fact Dungeons and Dragons has been a pretty core theme throughout the shows first two seasons, as the boys not only play the game, but are involved in a tale that could have come right out of a roleplaying session!

The new set from Wizards of the Coast has just been announced at the New York Toy Fare and I bound to be a very popular item among both players of the game and fans of the show itself. 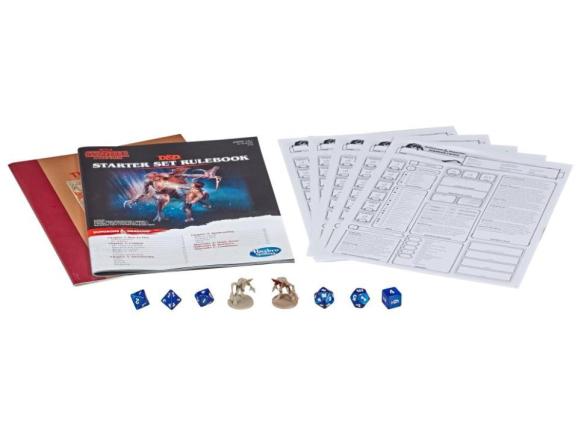 Featuring the adventure that Dungeon Master Mike Wheeler ran for the gang in the shows first season, ‘The Hunt for the Thessalhydra’ and coming with all the usual gubbins such as a set of polyhedral dice, rule books, and two miniature of the season one bad guy The Demogorgon!

Designed to feature a homage to the old classic red boxed edition of D&D from 1983, I for one can’t wait till it’s release on May 1st this year and you can expect a full review as soon as possible after release!

Stranger Things seasons 1 and 2 are currently available to stream on Netflix, and season 3 is set to air on July 4th 2019!

Now roll for initiative chums, it’s about get real!