So your a Rebel player of Star Wars Legion and you have a wish list of units you want to see, what is at the top of that?

Well I painted my Rebels in jungle camo colours as they were more suited to that than anything else. Though I really was hoping when the game came out that it would feature troopers in Hoth fatigues rather than the ones we got.

Sure I love the look of them (I’ve painted three core boxes worth so far), but for me the most iconic of all the movies in the much loved franchise is The Empire Strikes Back, a dark movie that still to this day is in my top ten favorite movies of all time..

Fantasy Flight Games announced recently that they were making not one, but two all new units for their hit game Star Wars Legion and both would be Hoth related, looks like I need to part with more credits soon.

First up we have the Rebel Veterans Expansion, a great looking unit that is complete with my beloved Hoth fatigues and includes a heavy weapons team to boot! 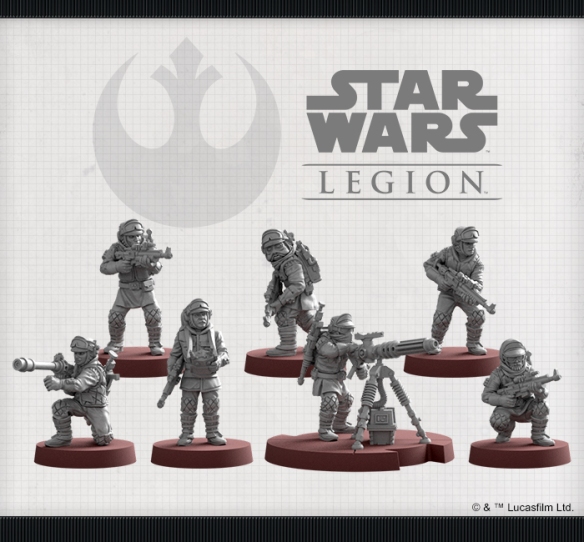 It’s one thing to take an objective in a game, but takes a special kind of troop to hold that objective against overwhelming odds.  Rebel Veterans are hardy troops, having seen combat on dozens of warfronts and very little phases them, not even the monstrous Imperial walkers!

This seven man team has the skill and firepower to make a solid core to your Rebel forces and will be an invaluable asset in game.

The second expansion features one of the strangest creatures in all of science fiction, the tuantaun complete with rider. 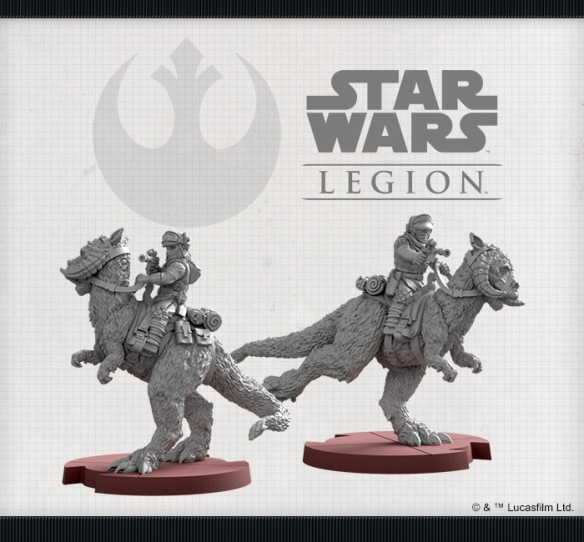 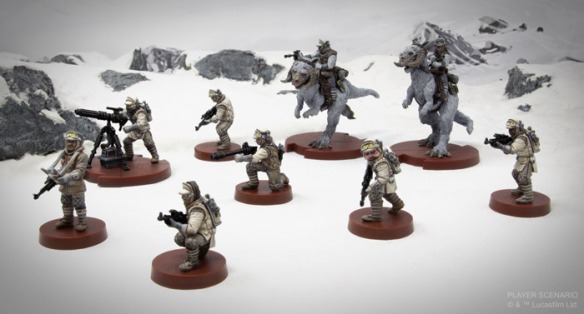 Tauntauns are bipedal pack.beasts, highly suited for harsh and hostile environment such as Hoth where the temperature can drop to many degrees below freezing, and they are also capable of covering large distances with little rest.

The Tauntaun Expasnsion comes with two tauntauns,.complete with riders and all the unit cards and tokens needed to use them in your games.

Both the Rebel Veteran and Tautaun Rider Expansions are due out soon and is on pre-order from Fantasy Flight Games right now.  Gamers Web recommends 6s2hit.com for great value and up to 25% discount on retail prices!