As previewed last month by Games Workshop, Abaddon the Warmaster of the Black Legion and scourge of the universe is about to return to Warhammer 40,000.

This huge model goes on pre order this coming weekend and is joined by more Chaos goodies than you can shake an eight pointed star at! 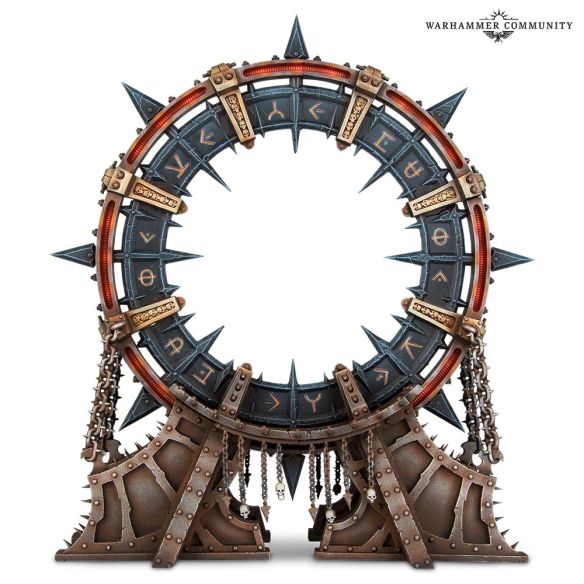 Looking like it’s just escaped from the set of Stargate is the Noctilith Crown, a terrain piece that not only looks great, but has some amazing in game benefits for your Chaos Legions.  It can make it easier to use warp powers for psykers, as well as grant invulnerable saves to troops close by.9

Also joining in the fun is a new set of all sparkly Chaos Marines, armed to the teeth and ready to follow the Despoiler on his latest Black Crusade!

As if this wasn’t enough for the devoted Chaos player.  It was also announced that Codex Chaos Space Marines would be getting a revamp for the first time in nearly two years.

All three kits and the codex will be available to pre order from Saturday, though no price point has been announced yet, expect Abaddon to be around £50.

Gamers Web recommends 6s2hit.com for great value and up to 25% discount on retail prices!