Though better known for their amazing special effects for movies such as Lord of the Rings, The Hobbit and much more; Weta Workshop also create games and have just launched a kickstarter campaign for District 9: The Board Game!

The company have already created and run a successful campaign for their Giant Killer Robot game GKR: Heavy Hitters, which has gained a lot of praise since its release.  Now the company hope to capture the lighting in the bottle with District 9: The Board Game, something that they are extremely familiar with as Weta Workshop did  effects for the movie, both practical and digital!

Here is a quick video detailing the game.

District 9: The Board Game is a diceless system that sees the game take place over three days that follow the events of the cult movie of the same name.  In the movie, an alien spacecraft has been hanging over South Africa for over a decade and the inhabitants are a former slave race, with a penchant for cat food!

The game will see you take on one of the four main factions in an attempt to gain as much of the alien technology as you can and will feature some really cool looking miniatures, including the huge mecha walker from the movies climax.

You can learn more and back this campaign by clicking the link below.  Now where did I put that tin of cat food? 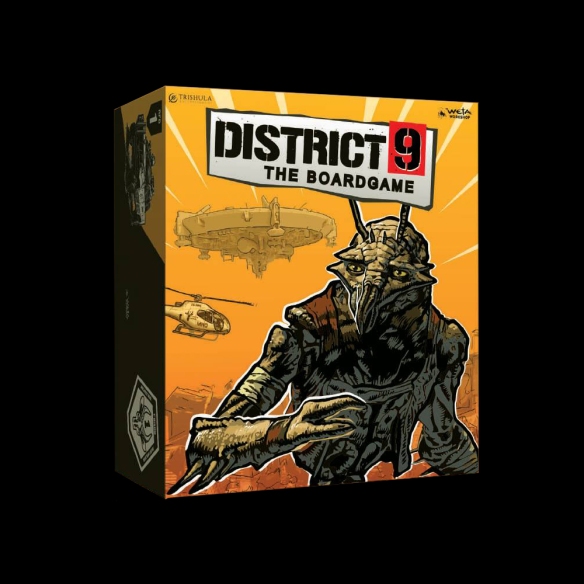