Recently Osprey Games gave us a quick look at the first miniature revealed for the upcoming 2000AD based game Helter Skelter. Now we get another glimpse at what lies ahead!

The second miniature teased for the game that will feature many of the more iconic characters from across the 2000AD universe is perhaps the second more famous character from the much loved comic book, Johnny Alpha! 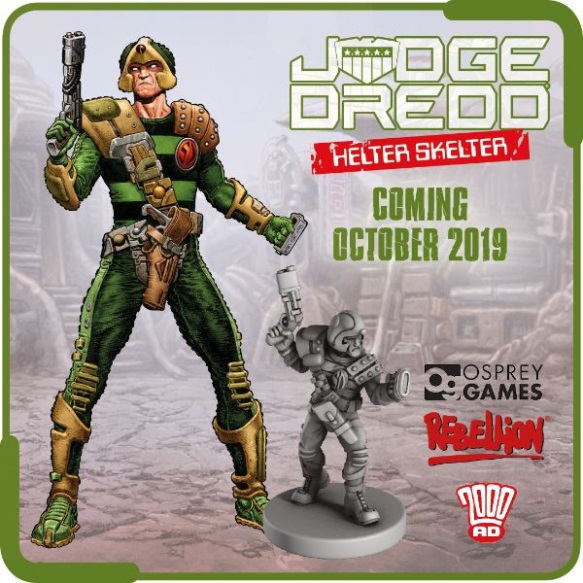 As with the Judge Dredd preview, this miniature appears to be a single cast piece and most likely in hard PVC, Johnny is armed with his trusty Westinghouse Multi-Variable blaster pistol and what appears to be Electronux and looks pretty angry.

More details on this game coming soon and it should be in stores in October this year.