I see no ships is a very famous quote that most British folks who grew up in the seventies can probably tell you and harkens back to the days when schools used to teach history!

The quote is attributed to one of the greatest military leaders in British history Admiral Horatio Lord Nelson, though he most likely said I do not see the signal!

Whether or not Admiral Horatio Lord Nelson did see any ships, we certainly can thanks to the folks at the ever busy Warlord Games.

Available preorder now for their upcoming Napoleonic era naval combat game ‘Black Seas’, we have Nelson’s flagship and one of the most iconic British ships ever, HMS Victory! 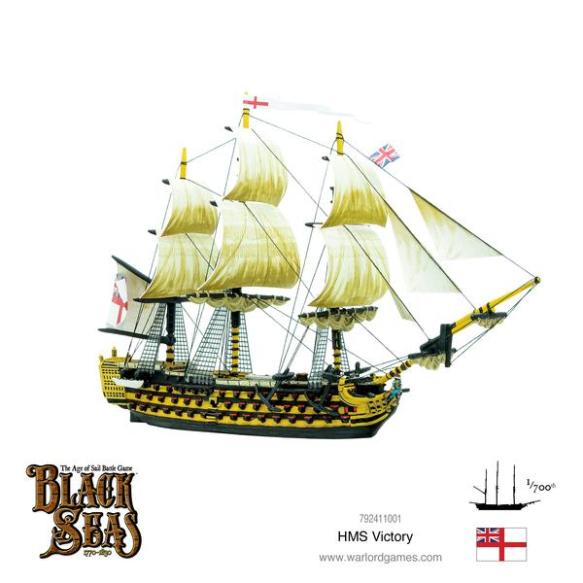 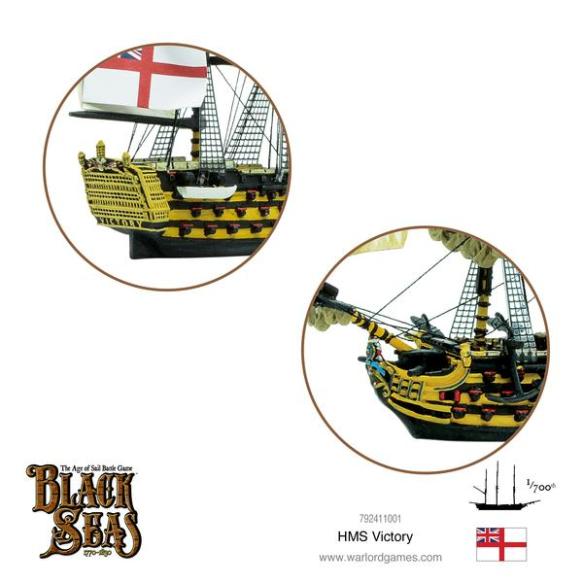 This beautiful resin and metal miniature is a pretty accurate rendering of this amazing ship, right down to her name on her aft, which at 1/700th scale you are going to need a very steady hand to paint!

The ship comes with everything needed to play, including a sheet of flags, wake cards and sails and rigging to make it look really seaworthy!

Of course a famous British ship of the line needs a worthy adversary to fight against and Warlord have come up trumps and are also releasing L’Orient the French 118 gun flagship at the Battle of the Nile, which was sunk by Nelson.

Again the resin and metal miniature comes with sails flags and rigging and everything needed to do battle on the high seas and lead your French vessels into action. 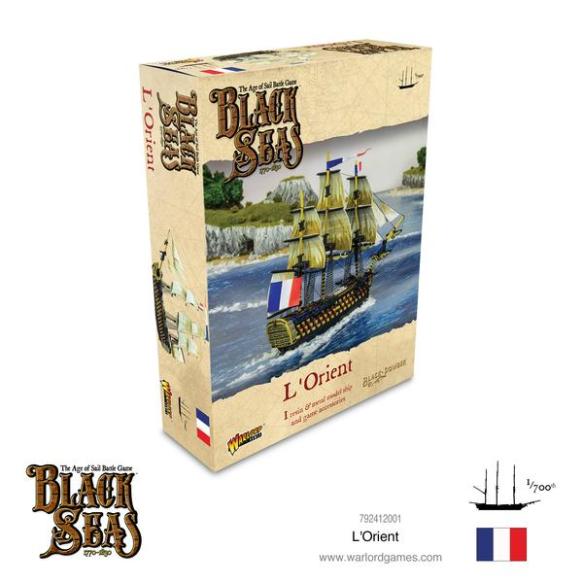 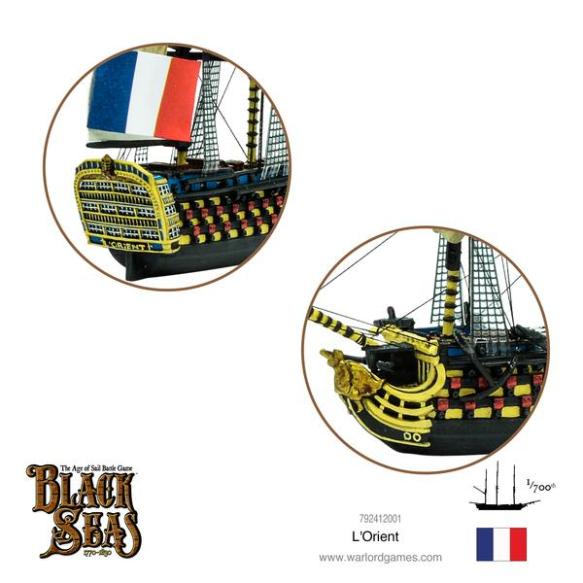 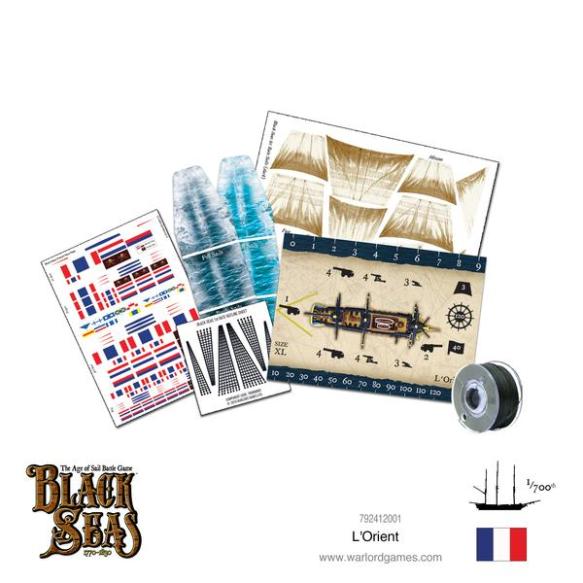 Both of these marvelous ships are available for preorder now from Warlord Games, along with the Black Seas: Master and Commander two player starter set and due to be released in October. Preorder the starter set now and get a free 28mm Sea Wolf miniature for Black Powder!