Some more news from Modiphius Entertainment on the Fallout Wasteland Warfare miniatures game.From the press release

where head of wargames Jon Webb, takes you through what’s in each box and the lore behind each mini. 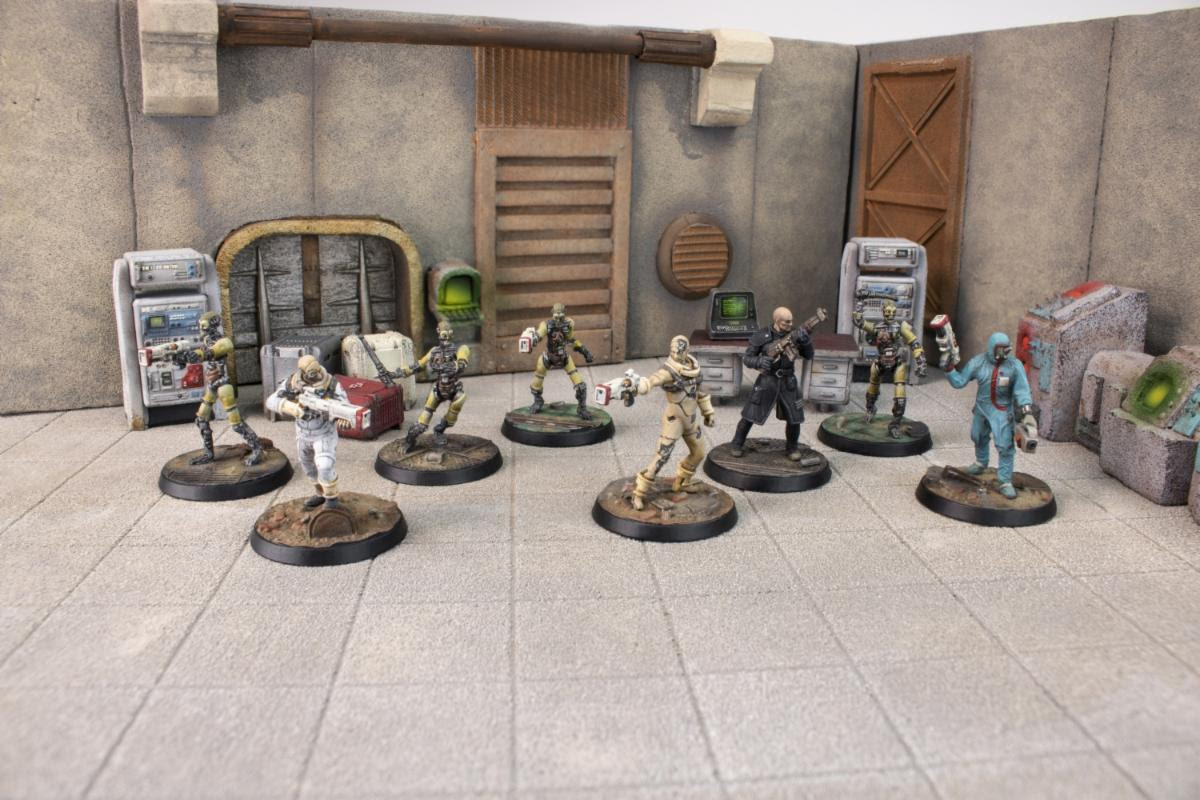 Institute Core Box
The Institute are an enigma to most in the Wasteland – are they the synthetic future of humankind, or robotic bogeymen waiting to replace you when you sleep? Few ever find out the true nature of this shadowy organisation, and fewer still live to tell the tale.

What is known is that the Institute utilise the highest levels of technology to achieve their aims, and even have the power to emulate humans exactly. With stiletto sharp precision they infiltrate and eradicate high value targets. With force of numbers they can overwhelm strongpoints with waves of Gen 1 synths. They are the everywhere and nowhere, and paranoia follows in their wake. 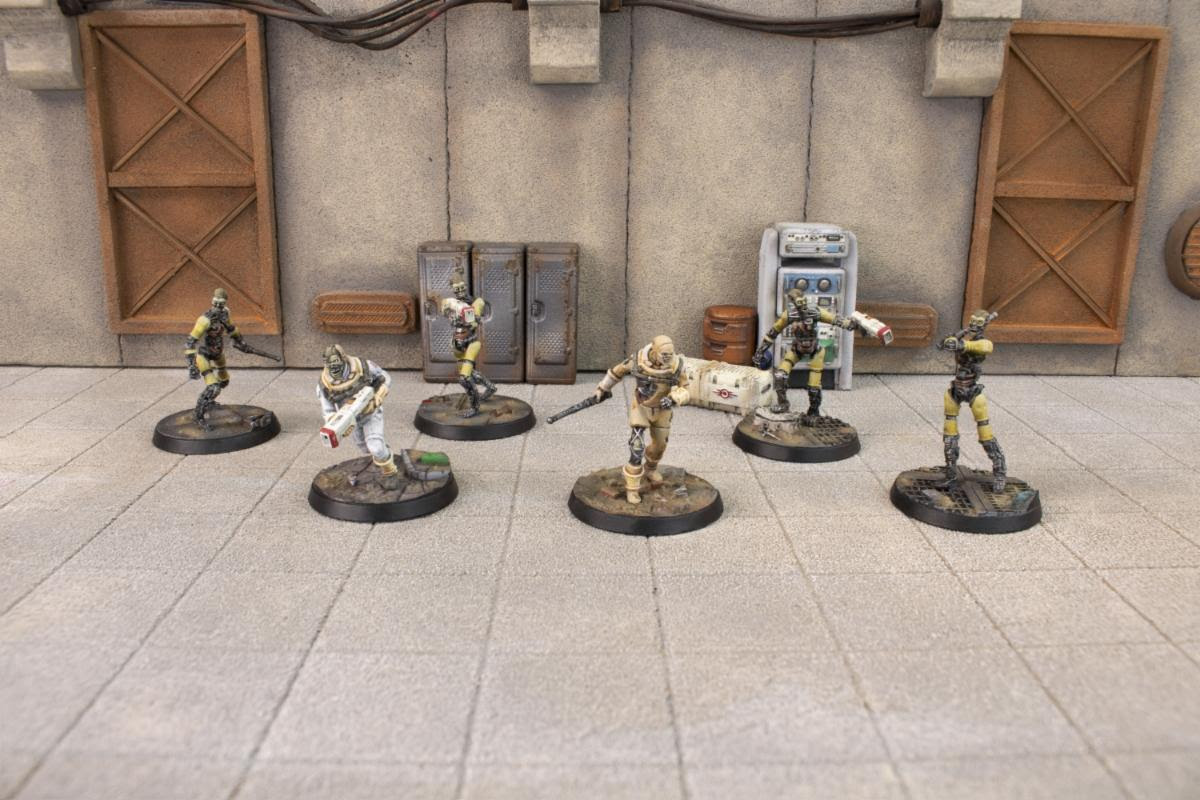 Institute Synths
The core of the Institute’s forces are the Gen-1 and Gen-2 Synths, robots built to mimic human form but skeletal and bare metal – though no less deadly for that. They are deployed to defend strongholds and facilities of interest to the Institute, and attack in large groups to overwhelm and devastate their foes. 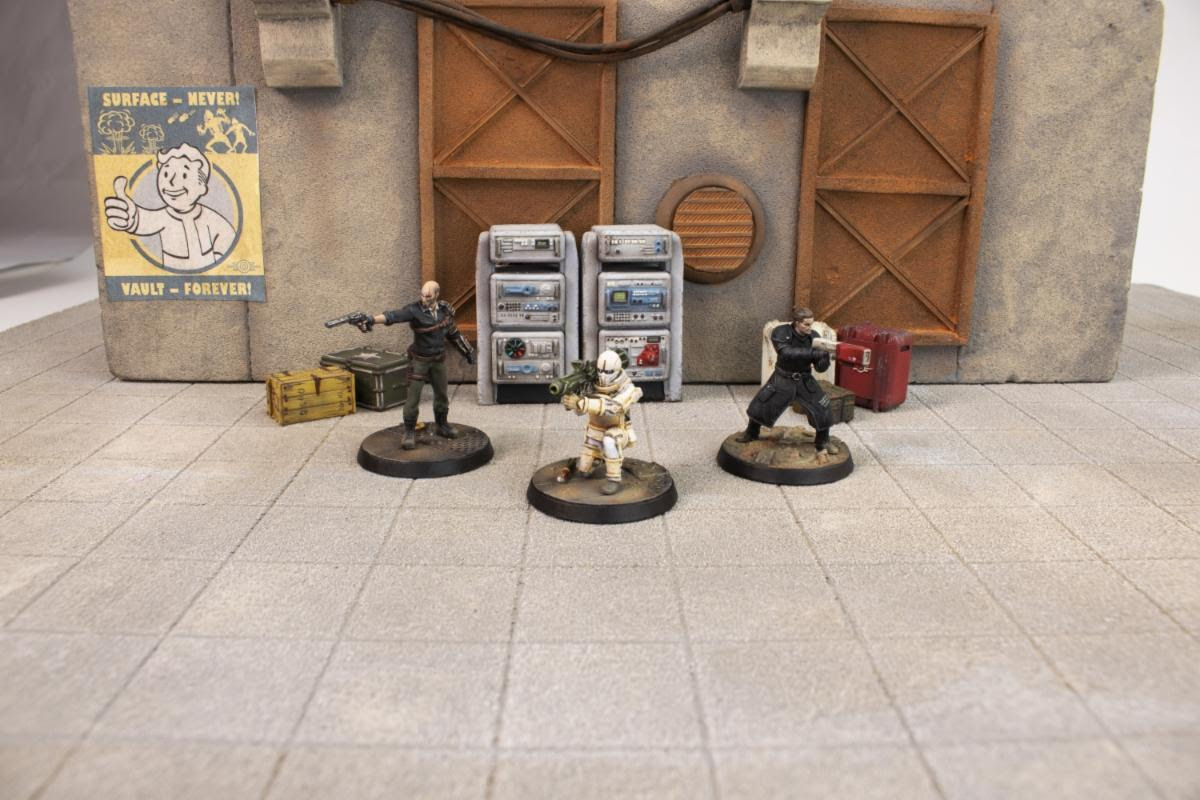 Institute Covert Operations
The Institute is used to operating behind the scenes to achieve their goals. Carrying out kidnappings and replacements or retrieving rogue synths takes covert operations and infiltration. Experienced coursers and upgraded human agents are key to these missions. 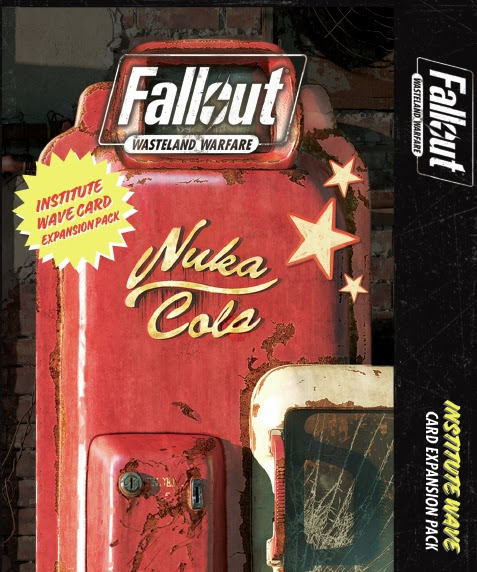 Institute Wave Card Expansion Pack
All the rules for units, weapons, and equipment in the Institute Wave are included in this card pack. Also included are new AI Cards, chems, mods, events, dangers and more, all for expanding the Fallout: Wasteland Warfare experience. 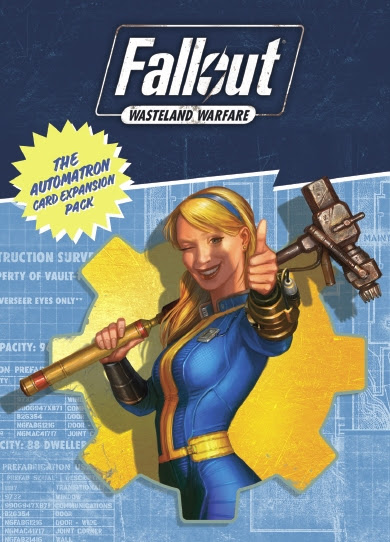 The Automatron Card Expansion Pack
Are you tired of the same old companions, with ‘normal’ numbers of limbs? Do you wish your travelling friends were sturdier, and stopped talking about ‘freeing their family’ or ‘stopping injustice’? 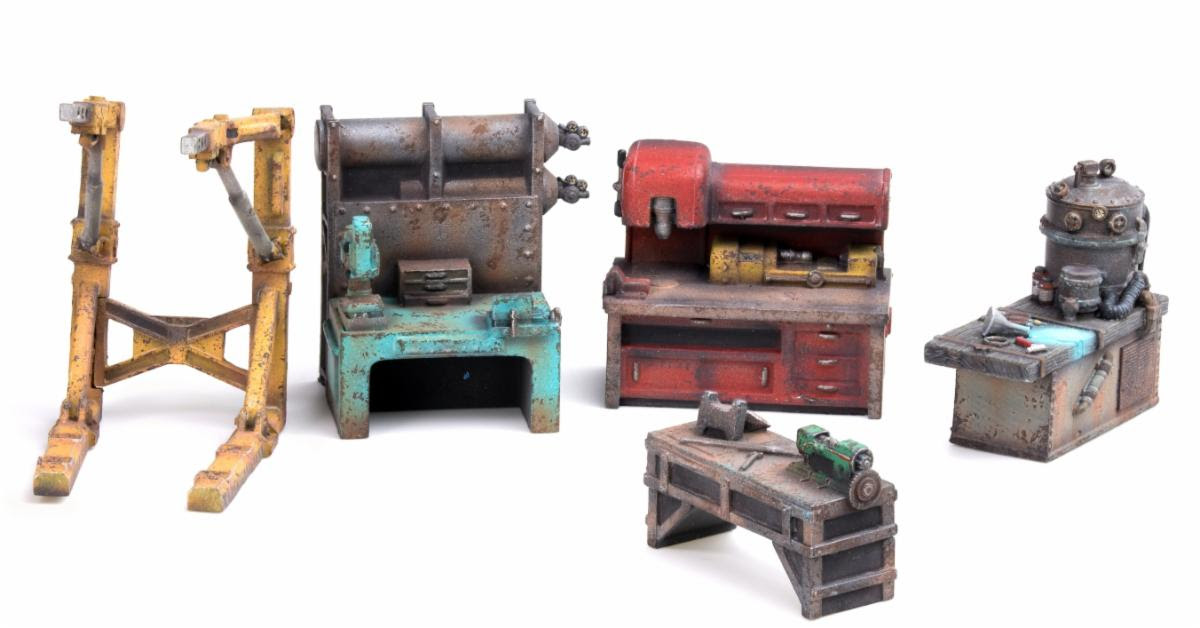 Terrain Expansion: Settlement Work Benches
Your settlement is your home, your place, your refuge. When you need rest or to recharge and get ready for the next fight, this is where you go. Settlements contain all sorts of useful gear and tech, not least of which are the work benches where you can craft, mod and improve all your weaponry and equipment. The workshop is the heart of any settlement. Without this multi-use, multi-tool setup there’d be no way of setting up junk barricades, tilling soil to grow food, or building dwellings. It’s also the core target for most raids, as it stores spare junk and materials from the whole settlement. Other workbenches specialise in their applications, but without the workshop, nothing gets made. 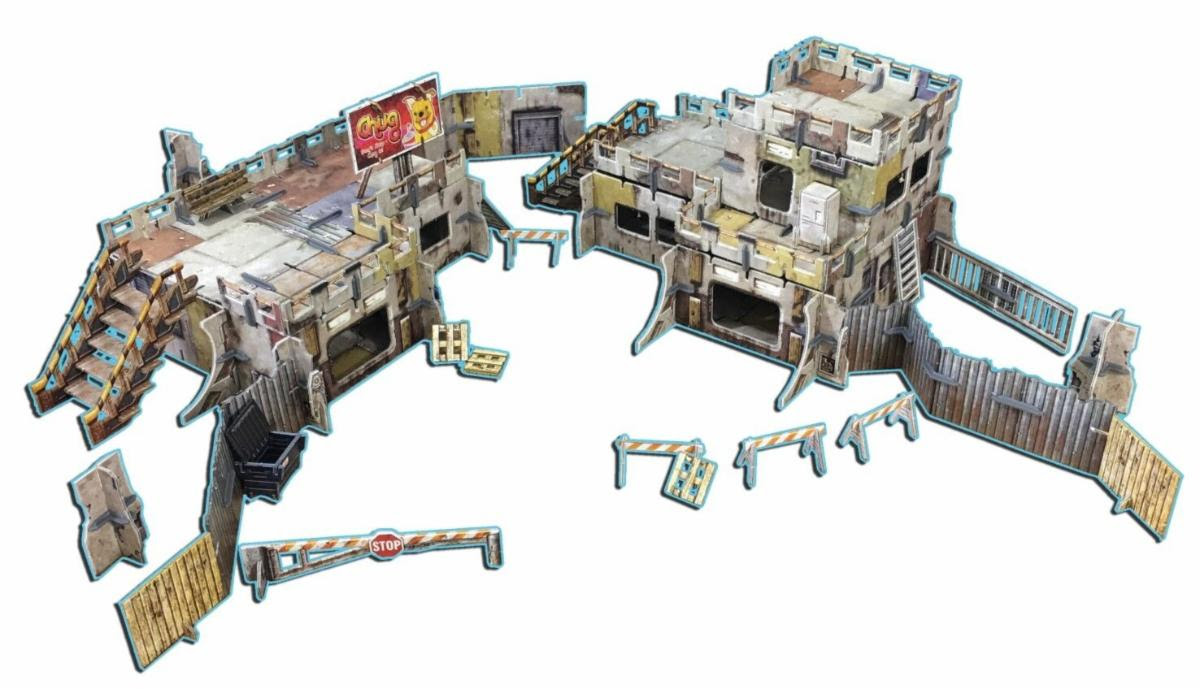 Wasteland Colony Set
After the apocalypse, improvised settlements quickly sprung up outside the cities. These shanty towns are considered safer than open country, and without the risks of claustrophobic urban streets. However, with no infrastructure or sanitation it won’t be long before the conflict reaches their makeshift doors…

This box contains everything you need to build a multi-level shanty settlement suitable for all 28-35mm post-apocalyptic or contemporary games out in the wasteland. The fully modular pieces can be assembled in any combination you choose – one large building, multiple small buildings, or part of a larger structure, for a different set-up every time. The set can be expanded with other sets from the Battle Systems terrain range. 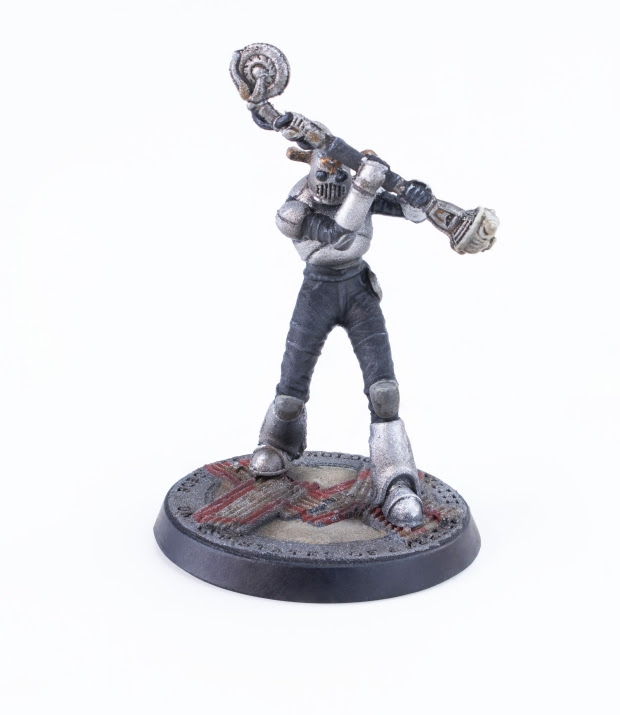 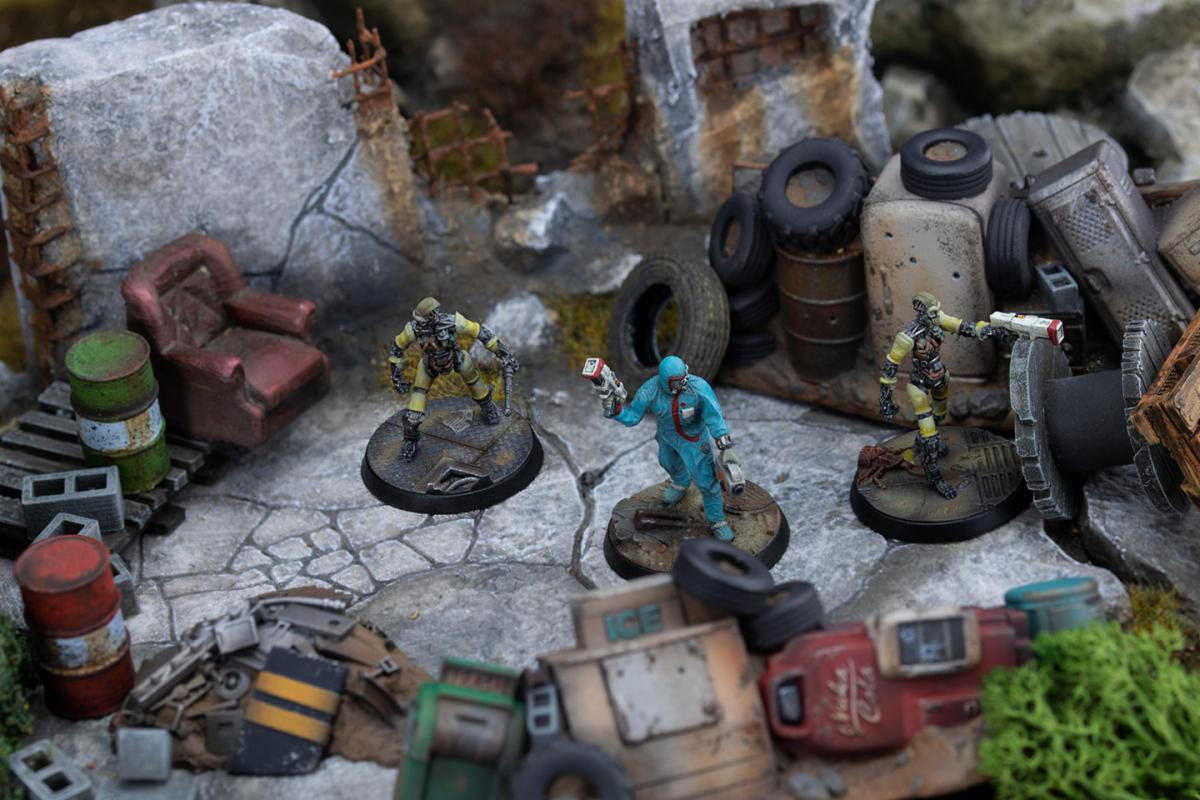 Do you want to see the new Institute miniatures in action?

Read this battle report here  where the Institute face off against a group of survivors.

Who will emerge victorious? 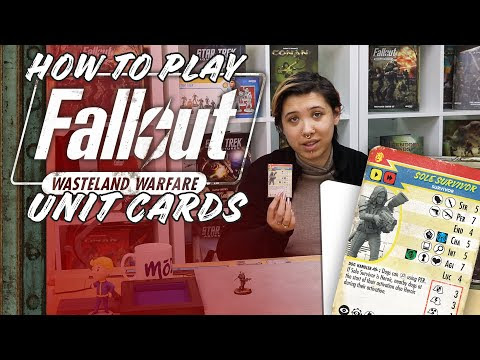 Do you want to learn how to play Fallout: Wasteland Warfare? Whether you’re new to the game or simply need a refresher this series of short tutorial videos will fill you in on all the basics.