In Space no can hear you scream, but perhaps when you get a look at this beautiful roleplaying game, they may just hear you squee with delight!

Out now from Free League Publishing and being distributed by our good friends at Modiphius Entertainment comes the official Alien Roleplaying Game! A lavish tome that takes you to the cold depths of deep space, and puts you up against the most terrifying cinematic creatures of the last forty plus years!

The game is crammed full of amazing artwork and fiction that really sets the tone of this awesome product, but you can judge for yourself as the game is now finally available!

We are delighted to announce the chilling release of the Alien RPG, the hugely anticipated roleplaying game from the makers of Tales From the Loop and Mutant: Year Zero.

The Alien RPG presents a universe of body horror and corporate intrigue and launches with a full suite of products including core book, cinematic scenario Chariot of the Gods, GM Screen, Map & Markers Pack, Card Deck plus Base and Stress Dice Sets to bring this lethal universe to life, all as part of the Alien RPG collection.

This is the official ALIEN tabletop roleplaying game—a universe of body horror and corporate brinkmanship, where synthetic people play god while space truckers and marines serve host to newborn ghoulish creatures. It’s a harsh and unforgiving universe and you are nothing if not expendable. 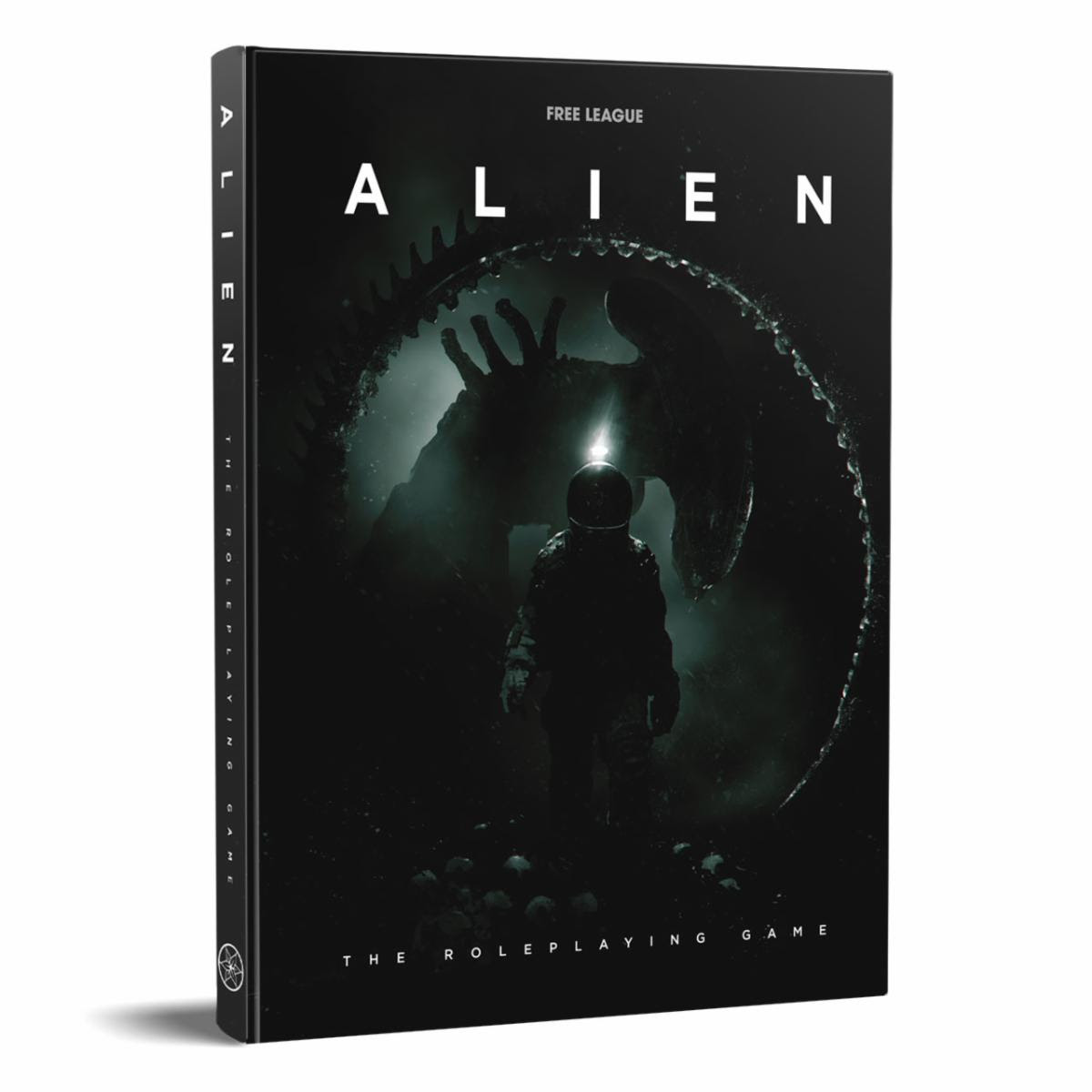 Stay alive if you can.

The ALIEN tabletop roleplaying game is a beautifully illustrated full-color hardcover book of 392 pages, both presenting the world of ALIEN in the year 2183 and a fast and effective ruleset designed specifically to enhance the ALIEN experience. The game supports two distinct game modes: 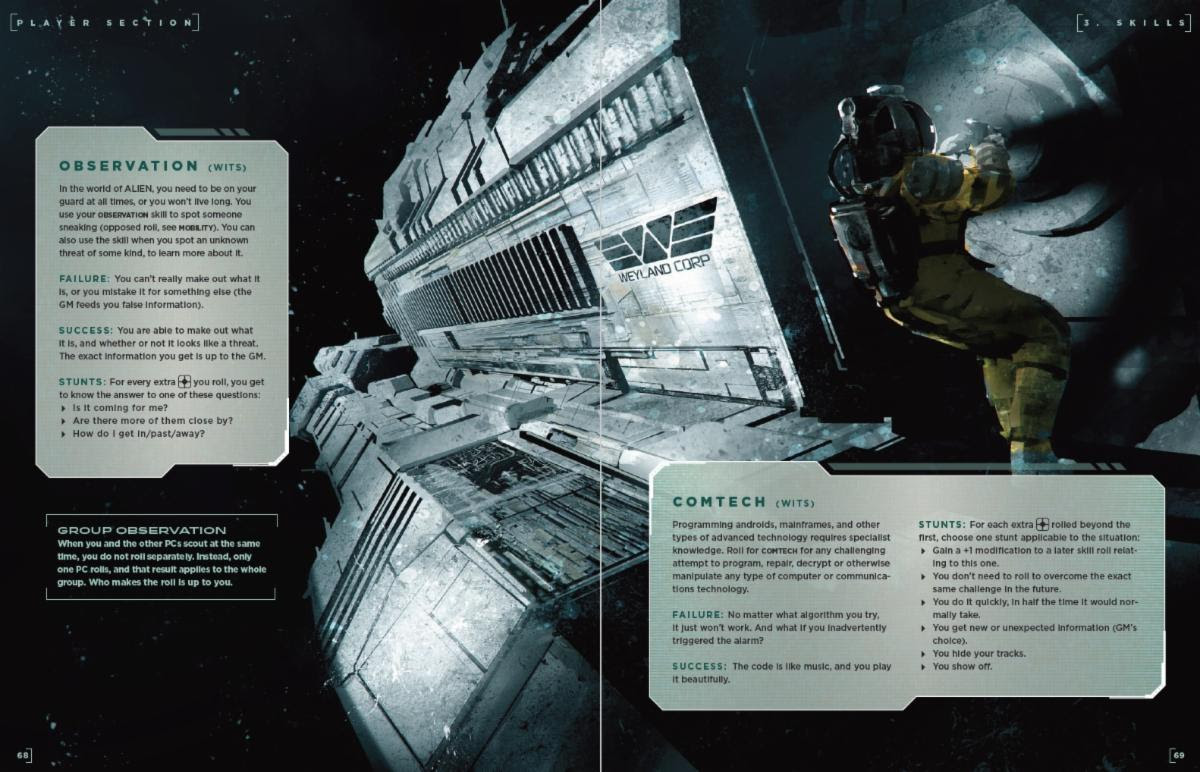 Cinematic play is based on pre-made scenarios that emulate the dramatic arc of an ALIEN film. Designed to be played in a single session, this game mode emphasizes high stakes and fast and brutal play. You are not all expected to survive. The core rulebook contains one introductory Cinematic scenario, Hope’s Last Day.
Campaign play is designed for longer continuous play with the same cast of player characters over many game sessions, letting you explore the ALIEN universe freely, sandbox style. The core rulebook contains random tables and other powerful tools to quickly create star systems, colonies, missions, encounters, and NPCs for your campaign. 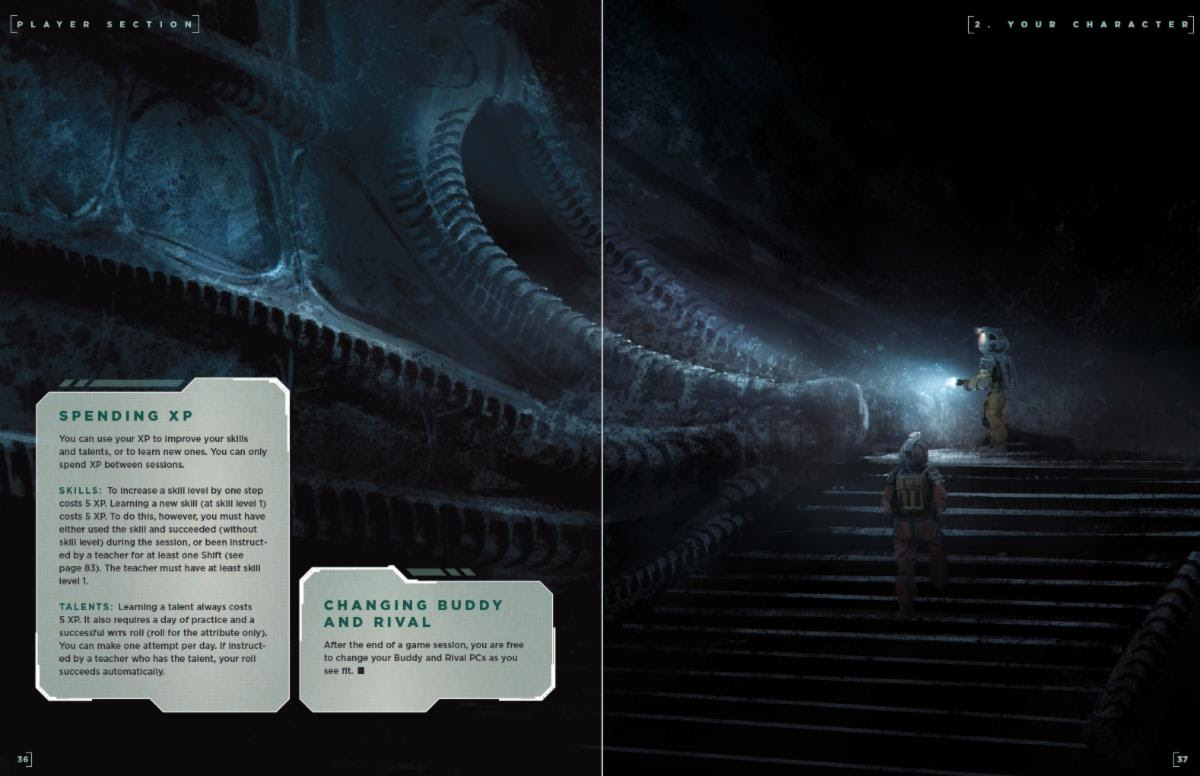 The rules of the game are based on the acclaimed Year Zero Engine, used in award-winning games such as Tales from the Loop and Mutant: Year Zero, but adapted and further developed to fully support and enhance the core themes of ALIEN: horror and action in the cold darkness of space.

CHARIOT OF THE GODS
Chariot of the Gods is a complete Cinematic Scenario for the ALIEN Roleplaying Game written by sci-fi novelist Andrew E.C. Gaska. 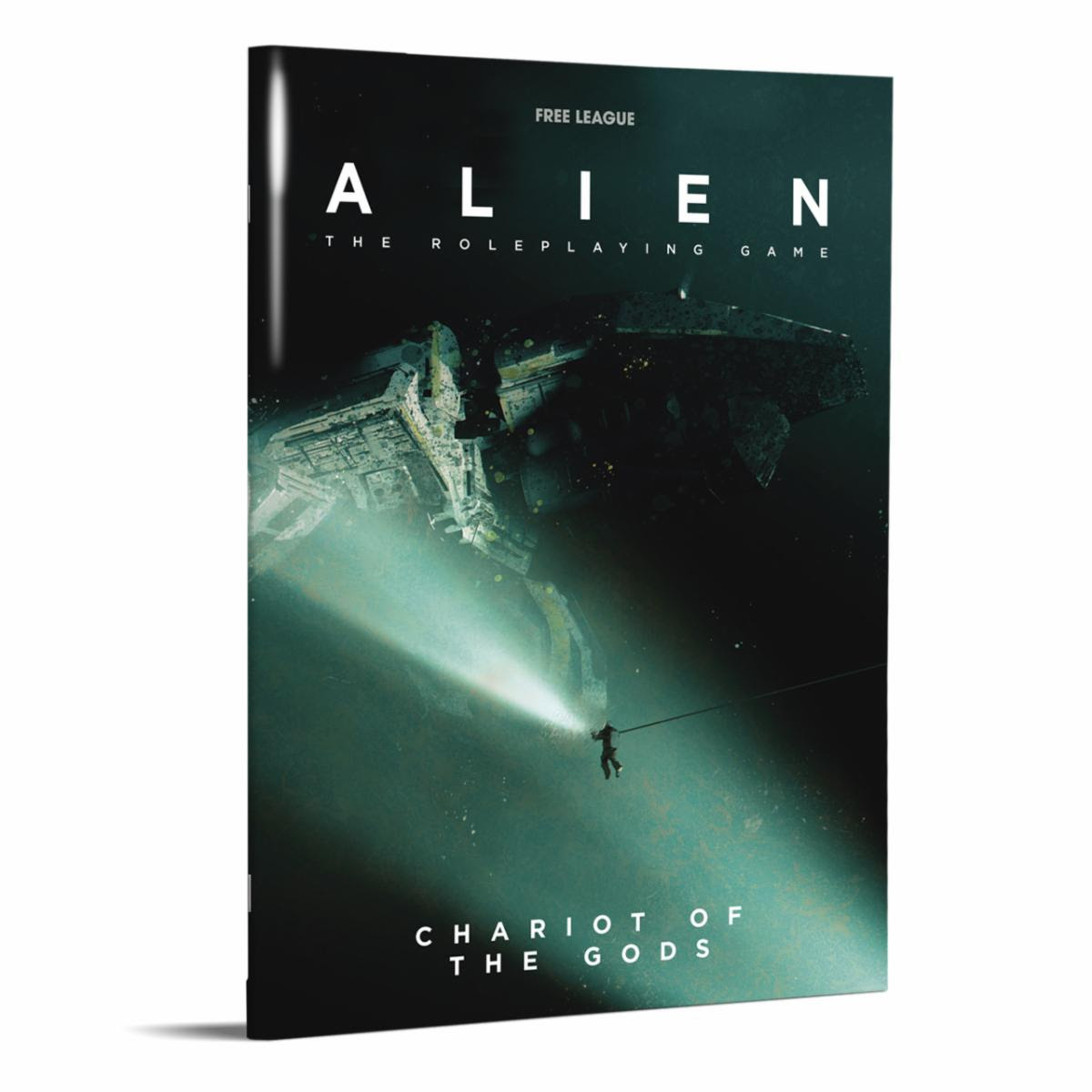 The 48-page booklet designed to introduce you to the game while at the same time taking you on a thrilling, terror-filled ride into deep space where no one can hear you scream. Chariot of the Gods is designed for 3–5 players plus the GM and takes at least 4–5 hours to complete.

A deluxe Game Mother’s Screen in landscape format for the official ALIEN Roleplaying Game. It features Martin Grip’s art on the outside and a host of useful tables and important information on the inside, while keeping the GM’s plans hidden from the eyes of inquisitive players.

ALIEN RPG MAPS & MARKERS PACK
A large full-color, double-sided map, with one side depicting chartered space in the year 2183 and the other floor plans for the Chariot of the Gods cinematic scenario.
Game markers for keeping track of characters, motion tracker pings, spaceships and space combat actions. 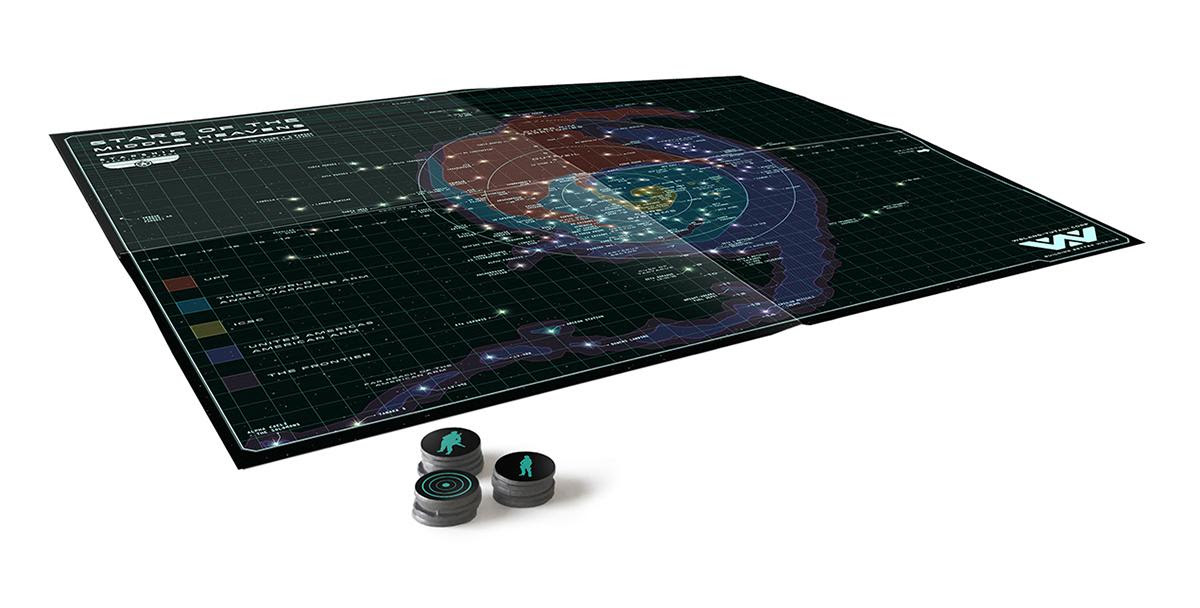 ALIEN RPG BASE DICE SET
A set of ten engraved Base Dice, designed specifically for the ALIEN Roleplaying Game. These 16 mm special dice are designed to support the game mechanics but can be used as normal six-sided dice as well. 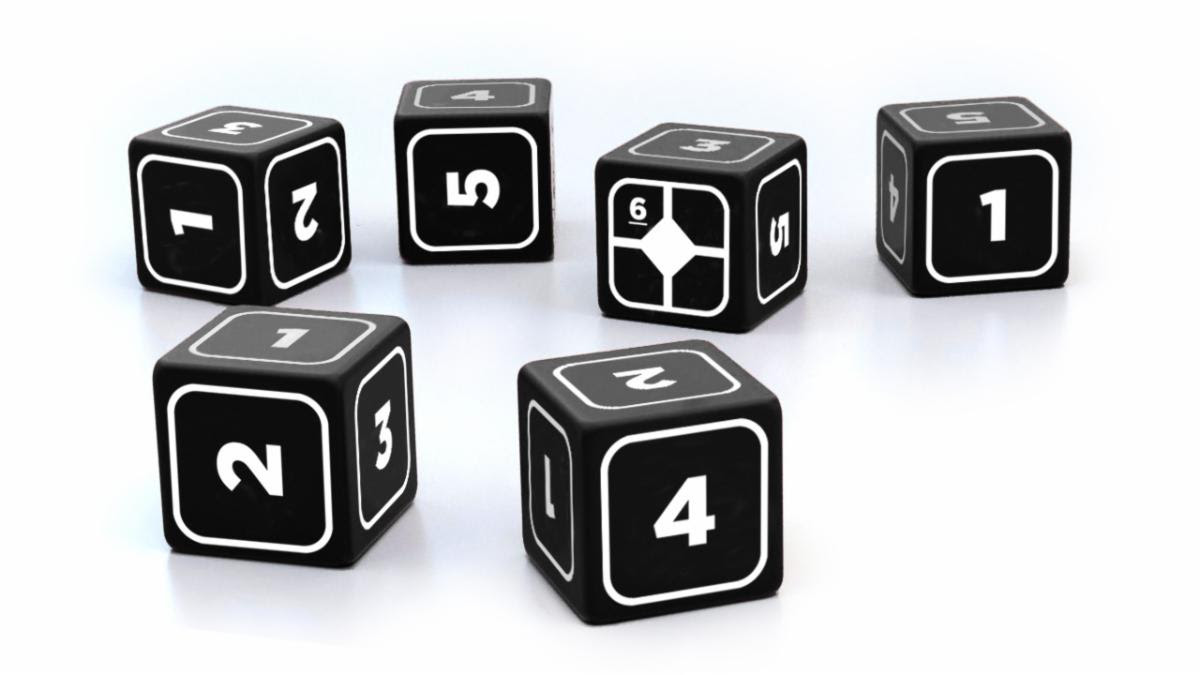 ALIEN RPG STRESS DICE SET
A set of ten engraved Stress Dice, designed specifically for the ALIEN Roleplaying Game. These 16 mm special dice are designed to support the game mechanics but can be used as normal six-sided dice as well. 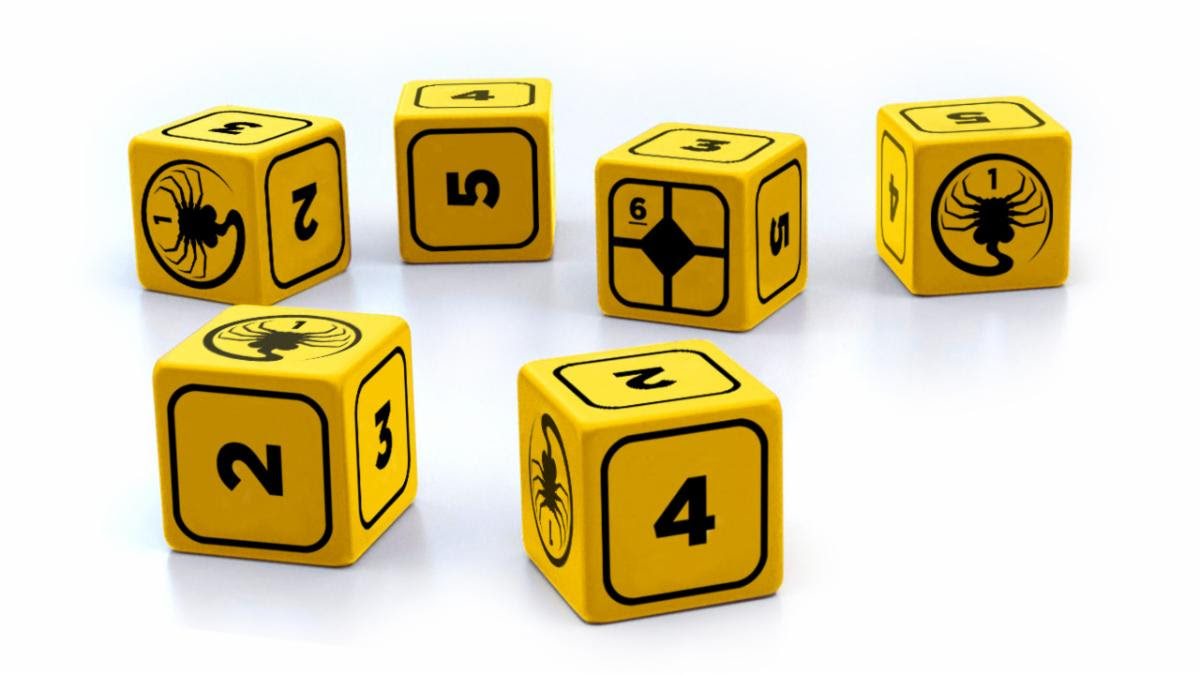 Look out for our full review on the core rulebook and Chariot of the Gods very soon, here on Gamers Web

In the meantime head on over to Modiphius Entertainment and grab a copy, before its night, as they mostly come out at night! Mostly!!!