Those Cats were fast as lightning!  And now you can recreate the adventures of Po and friends in your own home thanks to our good friends at Modiphius Entertainment!

Today we’re proud to announce the release of the most awesome Kung Fu Panda board game – a fantastic family friendly fun, which can be enjoyed by Kung Fu masters of all ages!

The Kung Fu Panda board game is available exclusively on Modiphius.net – and be sure to check out the high-quality components in the screens, plus two videos (one on the pic below, + two more on the game page) to see this amazing game in action! 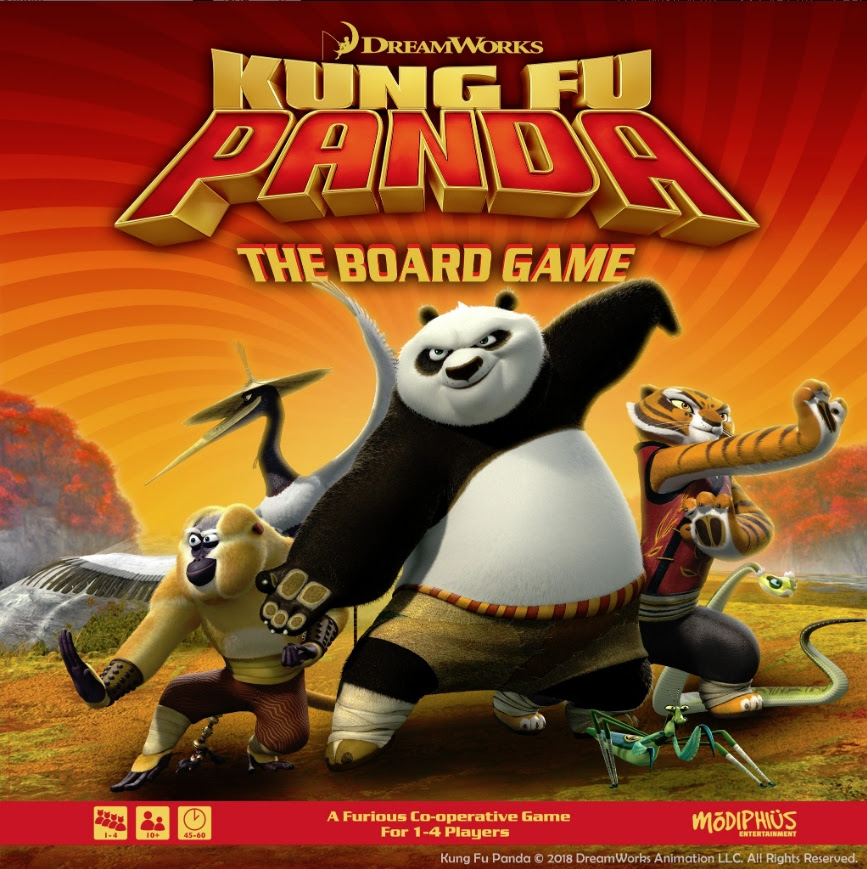 “One often meets his destiny on the road he takes to avoid it “ Grand Master Oogway
This is awesome co-operative board game where you get to play as one of the Furious Five or Dragon Warrior Po. Explore the game’s different challenges as you come up against Ox Grunts, Wolf Slashers & Spearmen, and the Wolf Boss as well as Tai Lung himself!

A game of furious action where players co-operate under a time limit to defeat Tai Lung & other villains from the Kung Fu Panda movies. 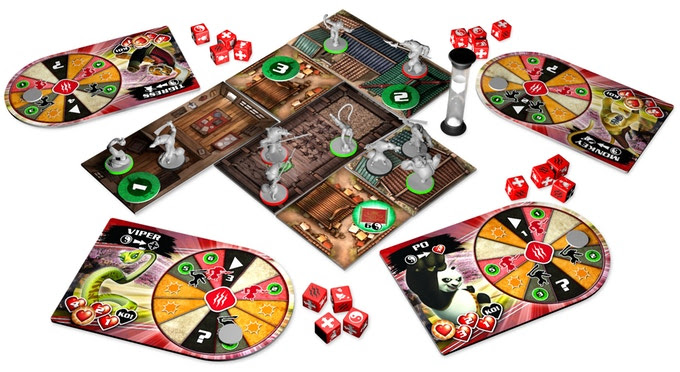 “Today is a gift, that’s why the call it the present” Grand Master Oogway
Each of the heroes has a character card with a number of health points (hearts) and a special power. In the case of Po if he rolls a Chi symbol, he can use it to heal wounds.

The game uses the Furious Action Dice which show various faces: a Kick, a Punch, two Moves, a Chi and a Claw. Players frantically roll four dice to get different combos to move around the board, attack enemies, and complete exciting objectives. The game features a unique mechanic, if you roll Claws on the dice, you move around the Dial of Destiny triggering enemies to spawn and attack! 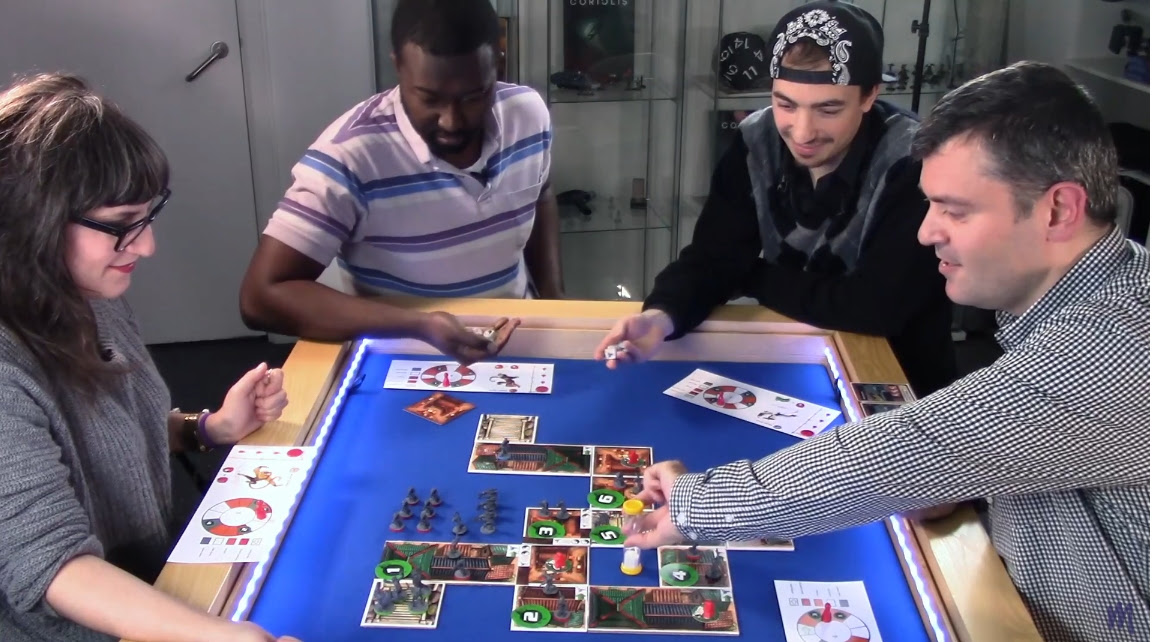 “The mark of a true hero is humility” Master Shifu
We have a mode for young Masters where the timer is not used, to help them learn the game, you can also use this with your group to learn how to play before the clock starts ticking!

The special move cards add more depth and fun to your games, and more challenge to your campaigns. The cards let you summon and use your Chi roles in new ways; breaking walls on your own; throwing enemies great distances; or even reviving players previously out of reach!

We hope you enjoy this brand new Kung Fu Panda board game and look out for more great board and card games coming from Modiphius soon!