First announced in April last year, Odyssey of the Dragonlords is now finally available in print format from our friends at Modiphius Entertainment!

Today we’re proud to announce the release of our Odyssey of the Dragonlords print titles. From the lead designer of Baldur’s Gate, Dragon Age: Origins, and Star Wars: Knights of the Old Republic this classically inspired adventure setting for 5th Edition, is one of the most eagerly anticipated releases of the year and with a suite of fantastic source books and accessories it’s not hard to see why. 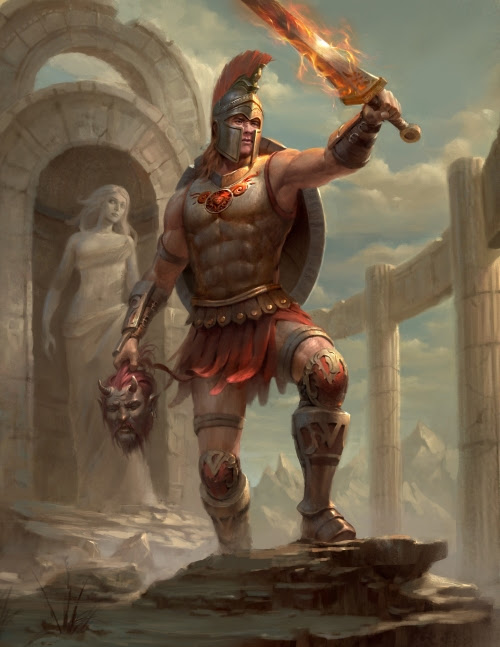 This launch includes the Hardcover Adventure Book, Player’s Guide, GM Screen and Poster Map as part of our Odyssey of the Dragonlords Collection, with a special bundle featuring all major releases, with all purchases receiving free PDFs. The release will also be hitting your friendly local game store in February, so keep an eye out! Here are details on this exciting new range: 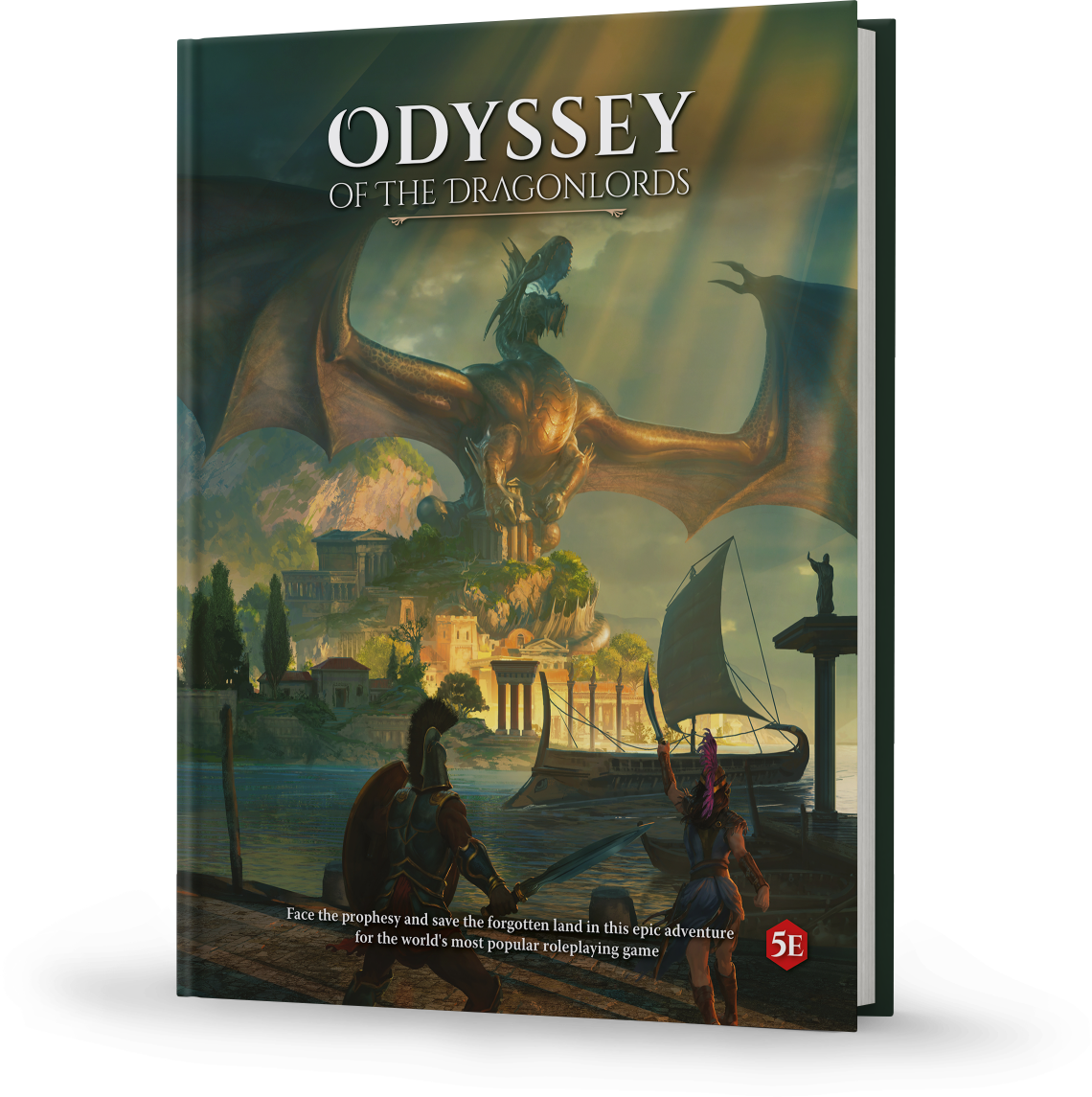 Odyssey of the Dragonlords Hardcover Adventure Book for 5th Edition
Odyssey of the Dragonlords is a 460 page print adventure book for 5th Edition, packed with full-color maps and illustrations.
An Epic Campaign. Join with other prophesied heroes to undertake an epic quest to save the world of Thylea, sail the islands of the Forgotten Sea, and battle the Titans! The adventure will take a party of heroes from 1st to 15th level (or higher).
Choose your Epic Path. Includes eight epic paths for players to choose from. Epic paths provide powerful motivations for your hero, making you a central part of the story. Change Thylea’s history forever, and go down in history as one of the new Dragonlords!
The World of Thylea. Includes an overview of the history, factions, kingdoms, and laws of the forgotten continent. Learn about the gods, the titans, and the legendary Dragonlords.
New Monsters. Includes a bestiary of over 30 new monsters inspired by Greek mythology, with lore, statistics, and full page illustrations.
New Magic Items. Includes over 20 new magic items inspired by Greek mythology. Find them scattered throughout the adventure or craft them using the legendary Mithral Forge!
New Races and Class Archetypes. Includes a variety of new playable races and class archetypes inspired by Greek mythology: satyrs, centaurs, medusae, as well as hoplites, amazons, and philosopher wizards! 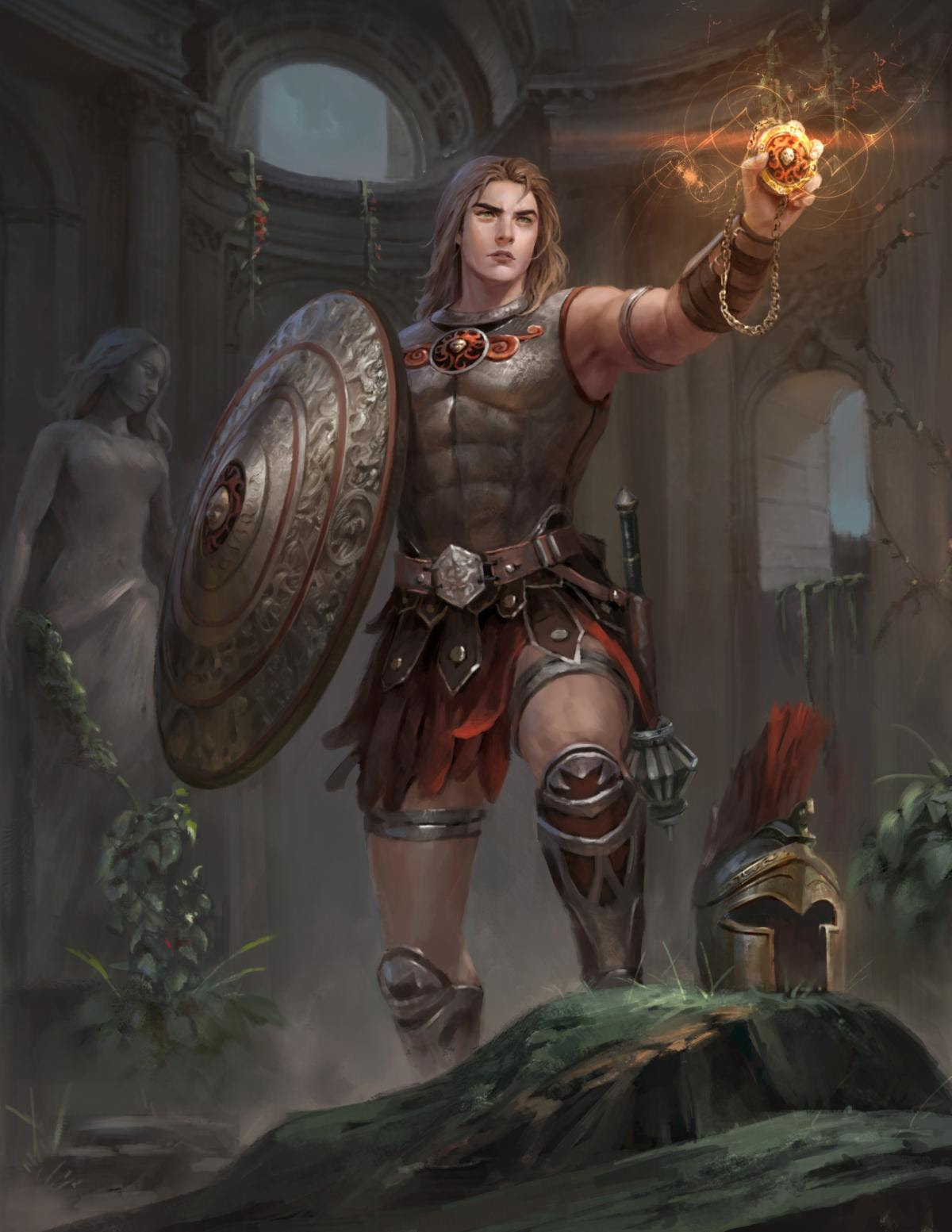 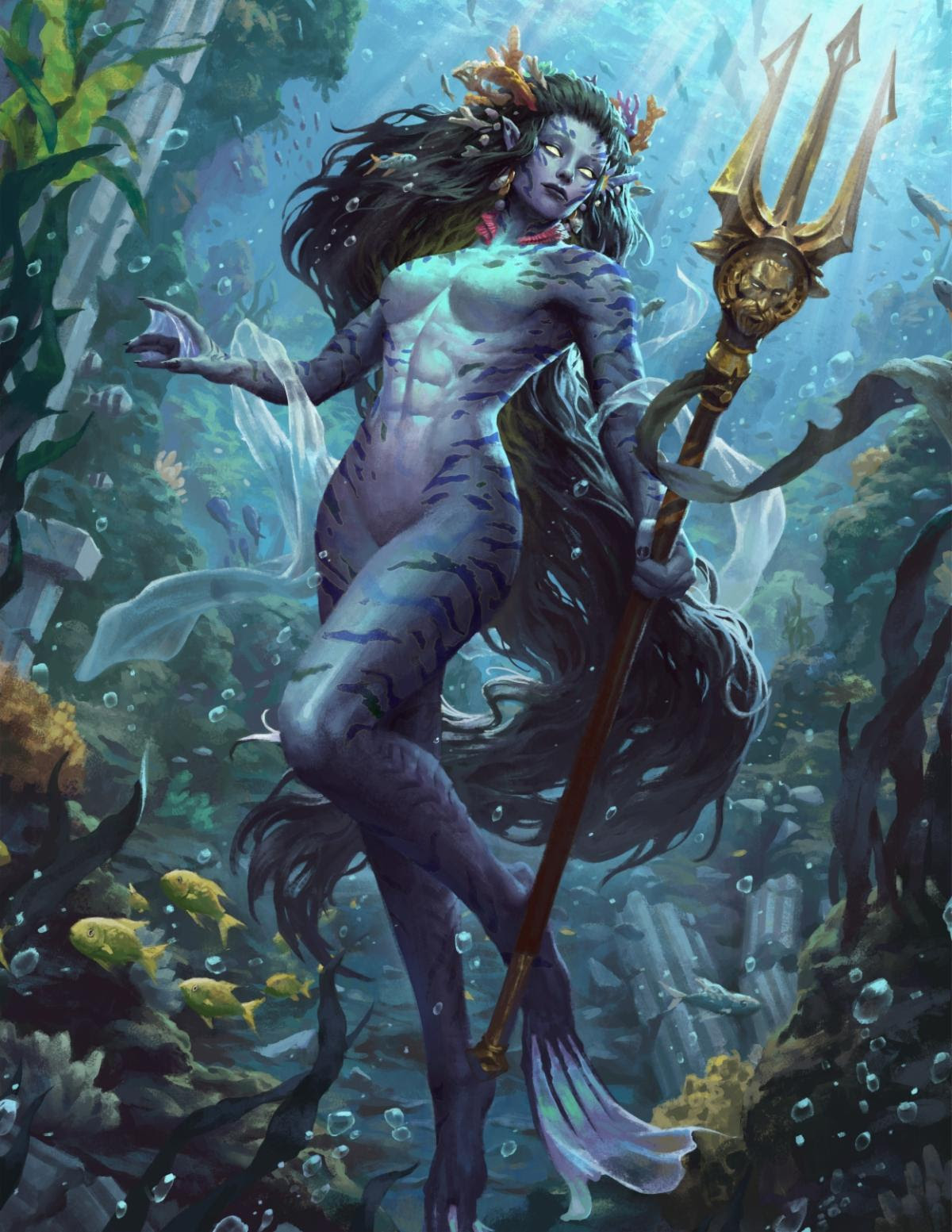 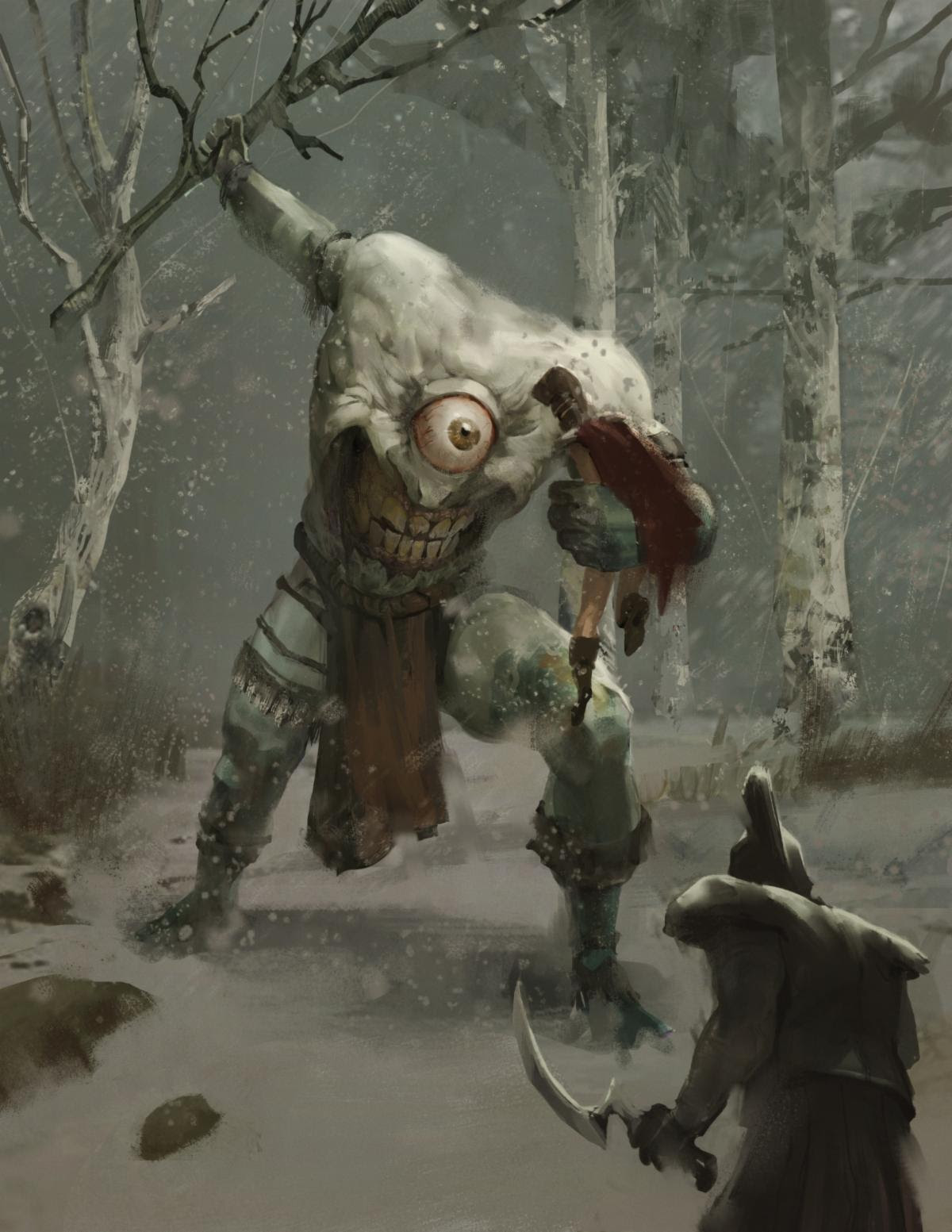 Softcover Adventure Book
The Player’s Guide is a 28-page companion booklet that will provide you with everything you need to begin your career as a prospective hero in the forgotten land of Thylea.
Inspired by ancient Greek mythology, Thylea is a brand new campaign setting—a lost continent that can be seamlessly added to any existing campaign setting.

The World of Thylea. Includes an overview of the history, factions, kingdoms, and laws of the forgotten continent. Learn about the gods, the titans, and the legendary Dragonlords.
Class Backstories. Includes guidance on the character creation process, including potential names and suggested backstories for each of the core player classes.
New Player Races. Includes rules for two new player races native to the forests and the northern steppes: the Thylean Centaur and the Thylean Satyr.
Choose Your Epic Path. Includes six epic paths for players to choose from. Epic paths provide powerful motivations for your hero, making you a central part of the story.

GM Screen
This Odyssey of the Dragonlords bundle is the perfect playing aid for GMs and contains an attractive four panel GM screen, placing useful information and reference tables at your fingertips while keeping your plans hidden from the eyes of players. This set also includes 5 large double sided maps and 12 smaller single sided maps.

Thylea and Mytros Poster Map
A lavish double sided poster map of Thylea & Mytros (in format 636x 831mm, folded to 212x277mm) which brings the rich Odyssey of the Dragonlords’ game world to life. 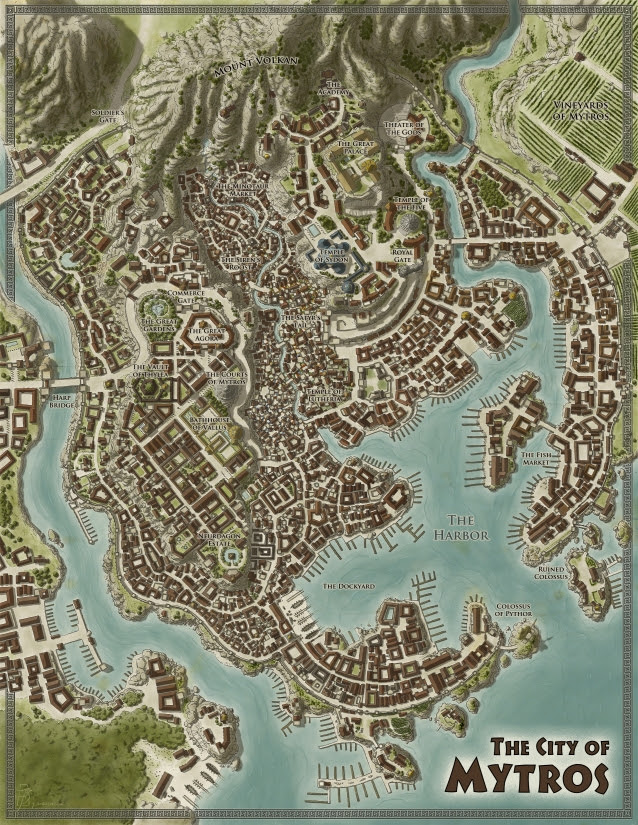 Bundle
We’ve also collected into a handy bundle which features all the main books from this plus a special selection of poster maps all at a bargain price: This special bundle comprises:

We hope you’ll take the chance to explore this fantastic new setting and look out for more Odyssey news coming soon.