Great news from our friends at Modiphius as they announce two new products for Symbaroum! 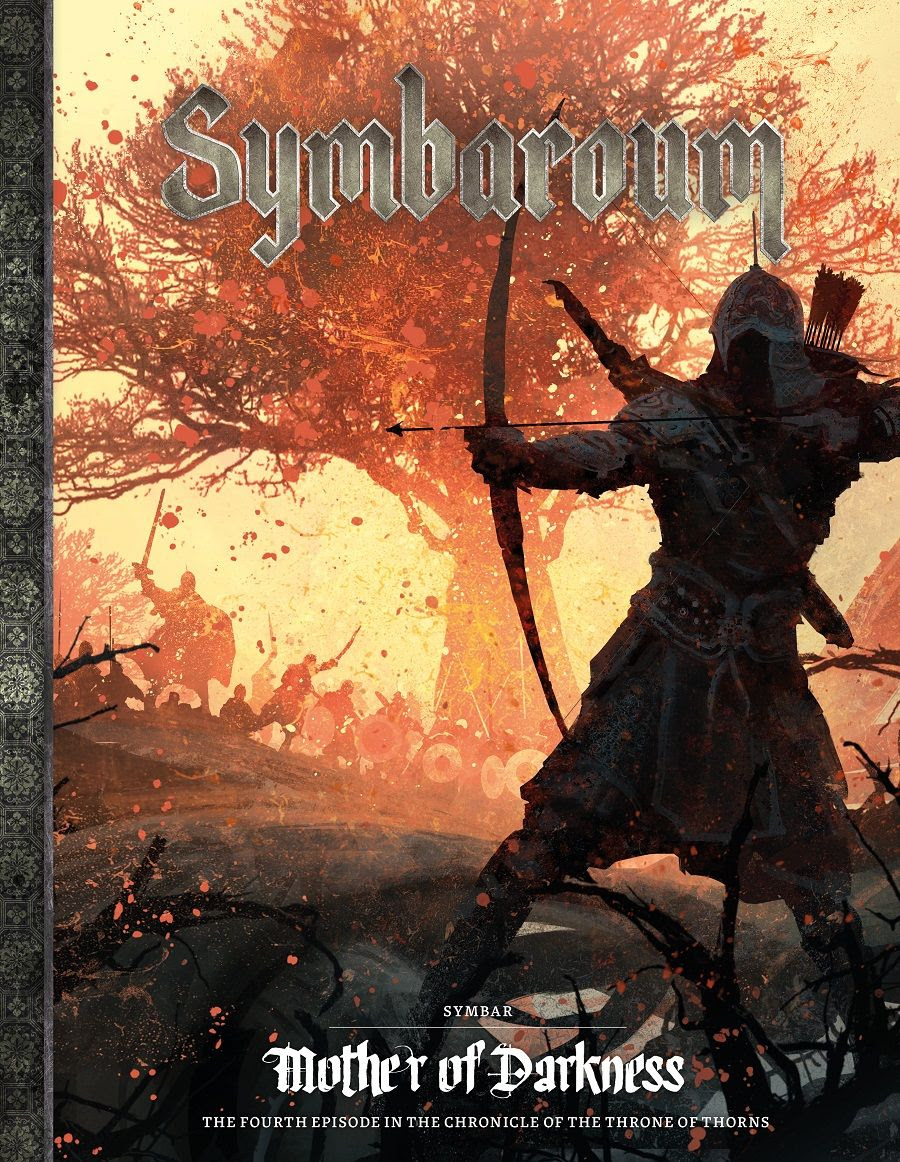 For a millennium, the Dark Watch had managed to keep the darkness fettered in peaceful slumber. But that was before the humans of the south came fleeing across the mountains, before they entered the woods hunting for more. And if Ardil’s guess was correct, they had now reached the heart of the forest, where the perpetual summer had shifted to autumn, and the fetters were losing their strength. Where darkness had already awakened.

We wish you a warm welcome to the deadly depths of Davokar. This fourth episode in the Chronicle of the Throne of Thorns does not only feature the adventure Mother of Darkness; it also provides rules for you to stage your own expeditions to the wilder and darker parts of the forest. With this book as your guide, the time is finally here to embark on the journey of every fortune-hunter and explorer’s dreams, to the place the witches call “the Mother of All Darkness” To Symbar.
Featured content:

This Game Master’s Screen for the Symbaroum roleplaying game  is designed to function as an aid when exploring the wilderness areas of the game world, and more specifically the vast forest of Davokar. Inside, the Game Master will find a summary of the exploration guidelines that were introduced in the adventure module Symbar – Mother of Darkness, along with a collection of tables related to the rules. In addition, the Davokar Game Master’s Screen introduces a unique list of treasures, along with a number of tables which can be used to randomly generate ruins that will challenge and entice any group of explorers.

No matter if traveling through the wilds is a goal in itself or a remarkably eventful stretch of a much grander journey, this Game Master’s Screen will prove a valuable aid and help avoid the need to excessively browse the rulebooks.