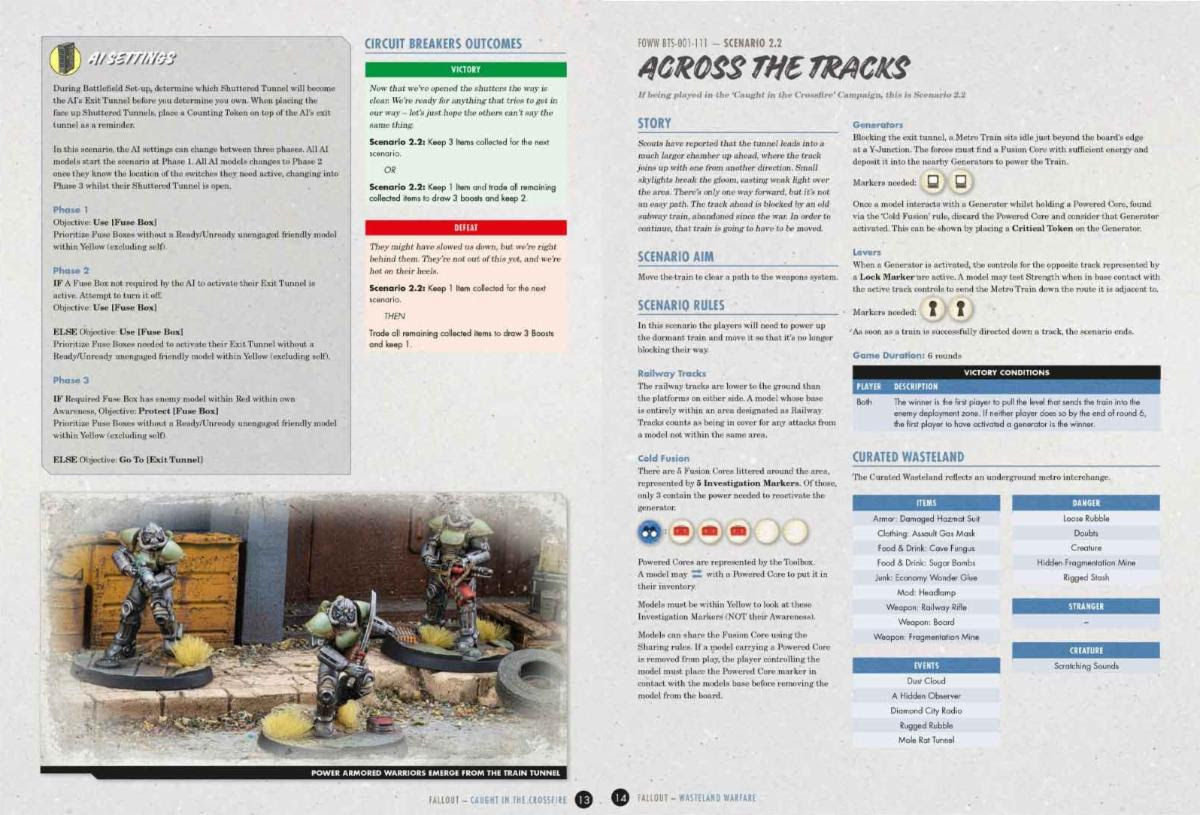 Things are changing in the wasteland. Heavy weapons are being brought to bear, factions are clashing over military installations, and below ground a desperate action is being taken in a struggle to survive. Creaking factories are raided for scrap, leaking tankers stage running gun battles, and Pre-war weapons and contraptions are hastily patched up. There’s a storm coming, the whole wasteland can feel it. Will you be ready when it arrives…or will you be Caught in the Crossfire?
Enhance your battlegrounds with suggested settings and terrain types, and play linked missions or enjoy stand alone scenarios as seen on Twitch in this fully featured PDF.
Contains:
Keep an eye for more Fallout: Wasteland Warfare releases, coming next month! 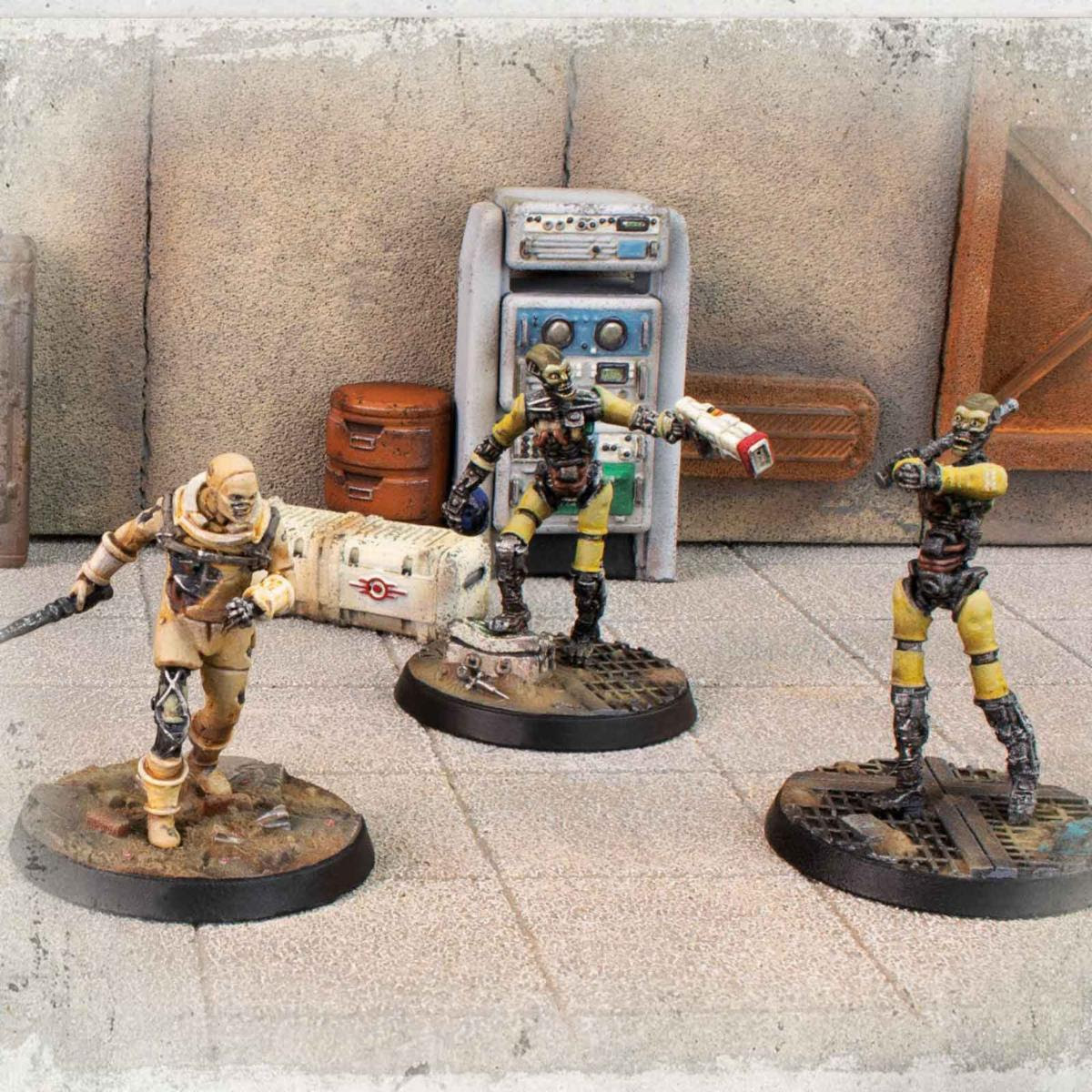 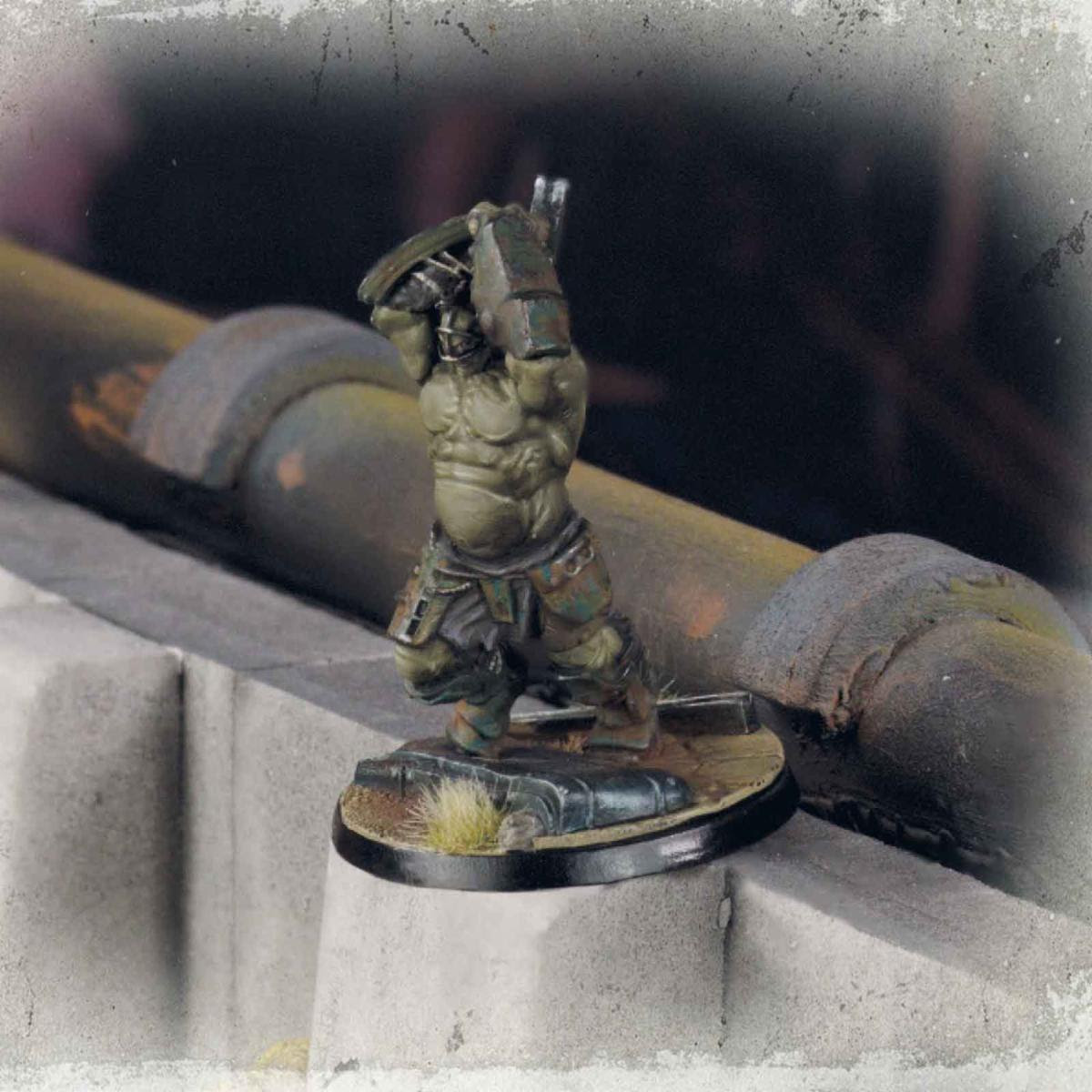