I often report on Kickstarters here on Gamers Web as they are a good way for new companies and enterprises to get a foothold into an already busy industry.  Its even better to report on them when its a friend doing it, so please check out this new post Brexit roleplaying game by my friend Panny! 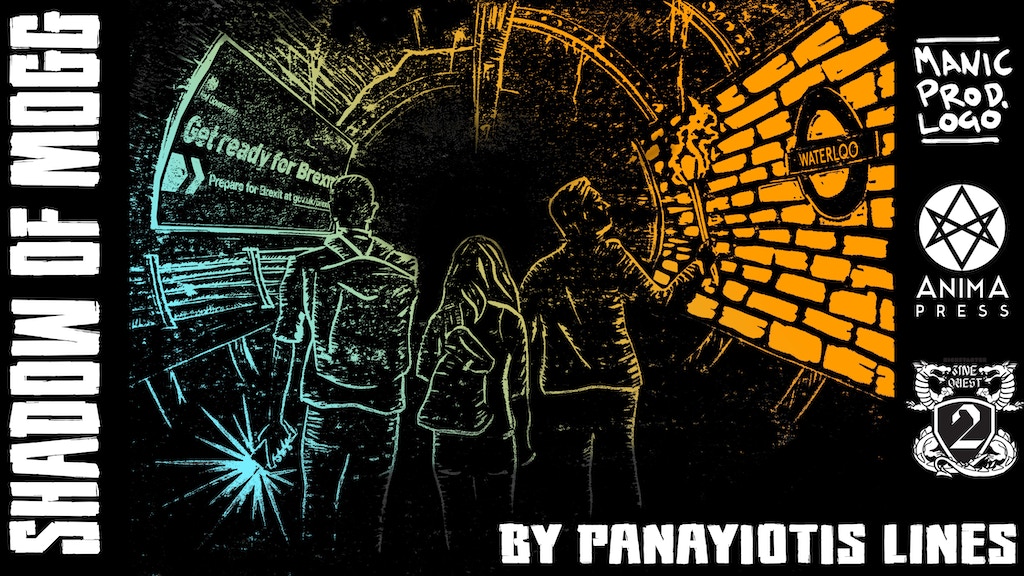 Shadow of Mogg is a post-apocalyptic roleplaying game set in the London underground following a catastrophic occurrence known only as ‘the event’. It uses a simple d6 system combined with group and voting resolution mechanics with a focus on survical, OSR style tunnelcrawling and resource management.

Players take the role of mostly ordinary members of the British public, whether the oppressed proletariat, a humble baker, a nurse, a firefighter, a time traveller or the Chief Executive of RBS as they eke out survival in an underground society turned inward against itself.

The game explores the ramifications of mob rule democracy, the frailty of hope and the banality of evil, also you can play as Candle Stick Maker!

The game is complete in plain text form and this Kickstarter is to fund re-writing, editing and updating the core rules and getting the entire book professionally laid out in A5 Zine form.

Aled Lawlor from Anima Press is on board to do art and layout for the project. Having just completed his successful Mew-Tants Kickstarter which can be seen here.

The game is currently finished in its initial plain text format. The final plain text copy of the game will be completed within this period which will require me to go through the current text and re-write and edit it ready for layout.

As Anima Press will be doing the layout, they have estimated they will take around a month of work so we’re giving two months to allow some additional space and time for the layout to be completed.

The final digital version of the book will be further proofread within this period and then get sent out to our UK based printers to be printed.

Backers will be sent their PDF & Print versions in September when the game launches!

Click the logo below to back this exciting project and help make the game a reality!