Know ye then of a time when everyone was stuck indoors and Modiphius did unleash Conan the Scout onto the worlds of Hyboria, well drivethrough.com and their webstore at least.  Great new supplement for the Conan Roleplaying Game from our good friends at Modiphius.  Everyone stay safe and stay indoors

Today we’re delighted to announce the release of Conan the Scout, a brand new sourcebook for the Conan Adventures in an Age Undreamed of RPG for those who want to explore adventure on the Pictish frontier. 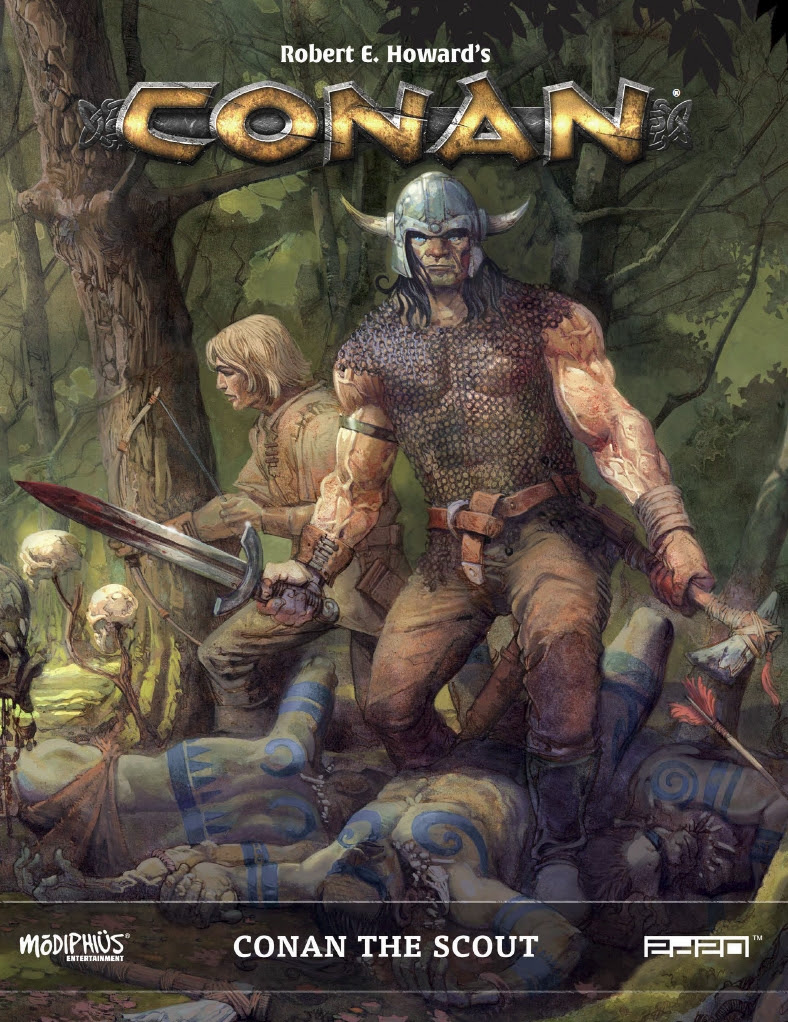 Conan the Scout is available in PDF only on Modiphius.net as part of the Conan Collection and on DriveThruRPG, also as part of the Conan Collection.
Remember, if you buy a PDF now on Modiphius.net, you’ll get a code to offset its cost against any future print purchase. DriveThruRPG customers should contact support@modiphius.com to claim a similar discount. Now, on with the details of this intriguing new sourcebook!

NOW AMONG THE SETTLERS BEYOND THUNDER RIVER THERE WAS GROWING UP A BREED OF FOREST-MEN CAPABLE OF MEETING THE BARBARIANS AT THEIR OWN GAME, BUT THEIR NUMBERS WERE STILL SCANTY.
Hungry for expansion, the kingdoms of the dreaming west expand into lands held for millennia by the Picts, an ancient race predating even the Hyborian Age. The Pictish Wilderness is vast and untamable, hiding mysteries and horror. In this wild theater, the eternal struggle between civilization and savagery intensifies, and the people of this land hold the line against invasion.
To the east, the Border Kingdom stands as civilization’s defense between the fearsome Hyperboreans and the unready kingdoms to the south. Conan the Scout is the guide to life on the border, filled with information about the rugged world of the settlers, pioneers, hunters, and scouts, and their implacable enemies: the Picts. It is a place of danger and opportunity. Many have perished, but some have prospered.
Standing against the tide of barbarians to the north are the Rangers, striving to protect the innocents, and born in this frontier are the famed Bossonian Archers and the vaunted mercenaries of Gunderland. Take up your axe, your bow, and strike out into the untamed wilderness! 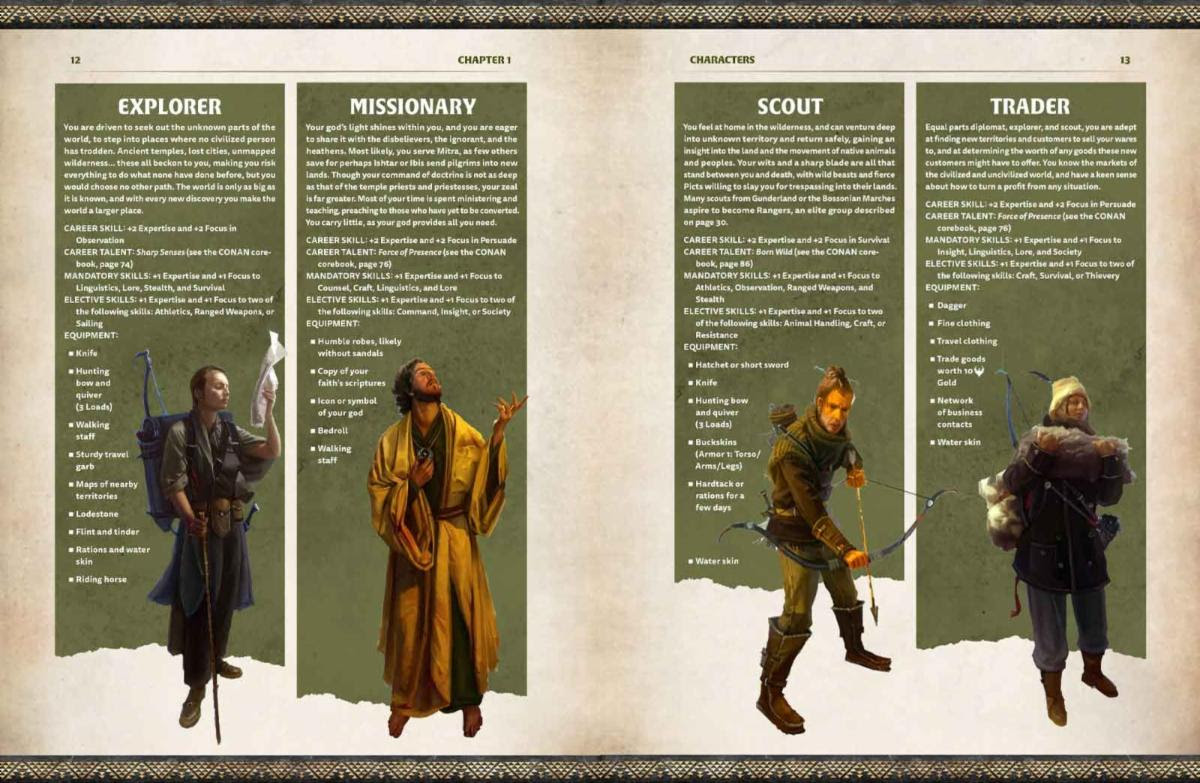 This book requires the Robert E. Howard’s Conan: Adventures in an Age Undreamed Of corebook to use. We hope you enjoy this latest Conan sourcebook and look out for more great Conan sourcebooks coming soon, with Conan: The Exiles Sourcebook releasing on April 29th.