More great releases for the Infinity Roleplaying Game from our good friends at Modiphius Entertainment.  Everyone stay safe and happy gaming!

From the Press Release
Today we’re pleased to announce the release of some brand Infinity RPG books and accessories, the Paradiso Source Book PDF, as well as the debut of the Paradiso and Combined Army Tile, Sets in PDF. 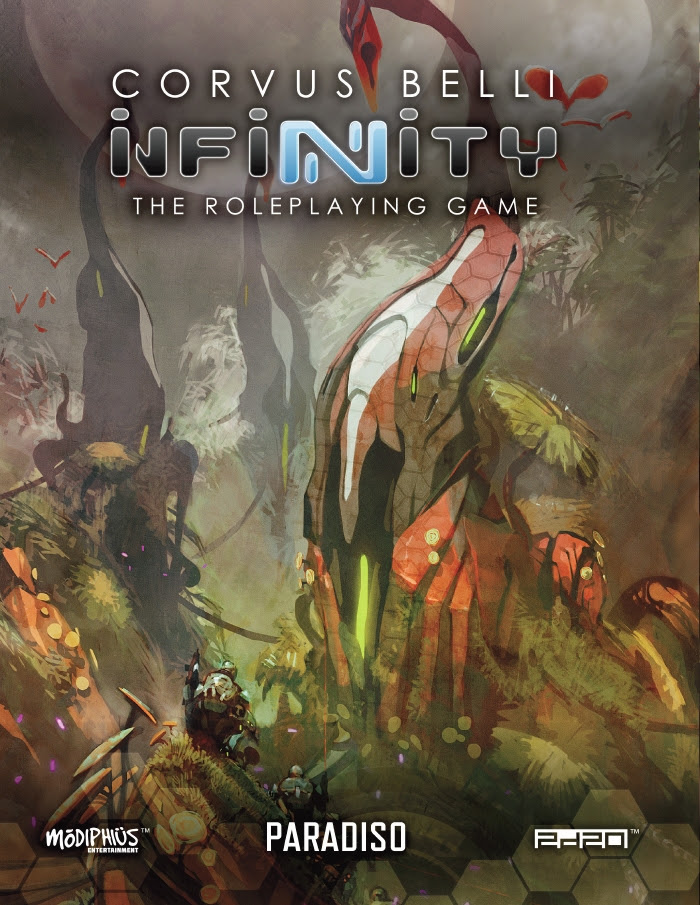 The Paradiso Source Book and Paradiso and Combined Army PDF tile sets are available as part of the Infinity Collection on Modiphius.net. All three releases are also available as part of the Infinity Collection on DriveThruRPG.com.
Paradiso Sourcebook buyers will also receive a download code which allows them to offset the price of the PDF against any future print purchase. Paradiso Sourcebook buyers on DriveThruRPG should contact support@modiphius.com to take advantage of a similar offer. Existing purchasers of the physical tile sets will receive a free PDF update of these tile sets. Now on with the details! 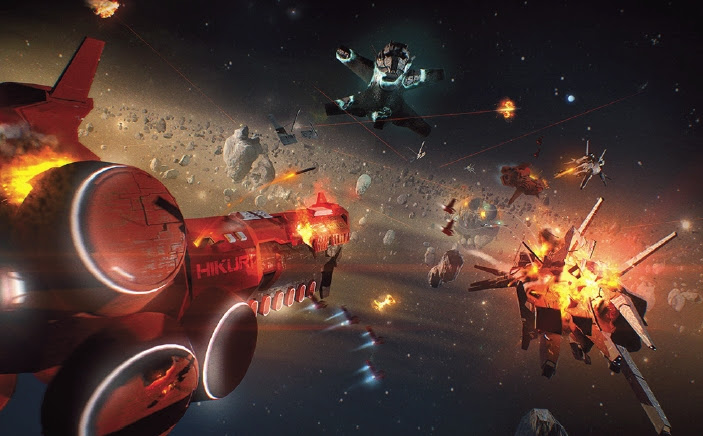 WELCOME TO PARADISE
We have fun, games and the bloodiest war in the Human Sphere! One of the most fertile planets known, living in this angry planet is a test for the hardiest settlers and warriors. Keep your wits about you or the jungle, its inhabitants or something worse will swallow you whole in an instant.
Hiding a tragic and terrible past, Paradiso is home to dark secrets and intrigue.
Even before the NeoColonial Wars, the jungle planet has been the theatre of brutal conflict, destined to loom through the histories of numerous civilisations, human and alien alike. Never have the stakes been so high for Paradiso is the grandest trophy in the Sphere. Not only for the vast wealth offered by the system itself but with wormholes connecting to two alien powers, Paradiso is a Rubicon that if lost would lead to the Downfall of the Human Sphere.
Fame, glory and fortune wait for those brave or foolhardy enough to risk the dangers of Paradiso, so gear up and don’t miss the next Orbital Elevator planet side! Join the Human Sphere’s mightiest warriors and try to stop the Evolved Intelligence’s onslaught or lose yourself in populous cities under siege while you try to figure out who the infiltrated spy is feeding information to your enemies. Make sure you bring all your best equipment and don’t forget your bathing suit, for things are about to get hot in the Meat Grinder also known as Paradiso. 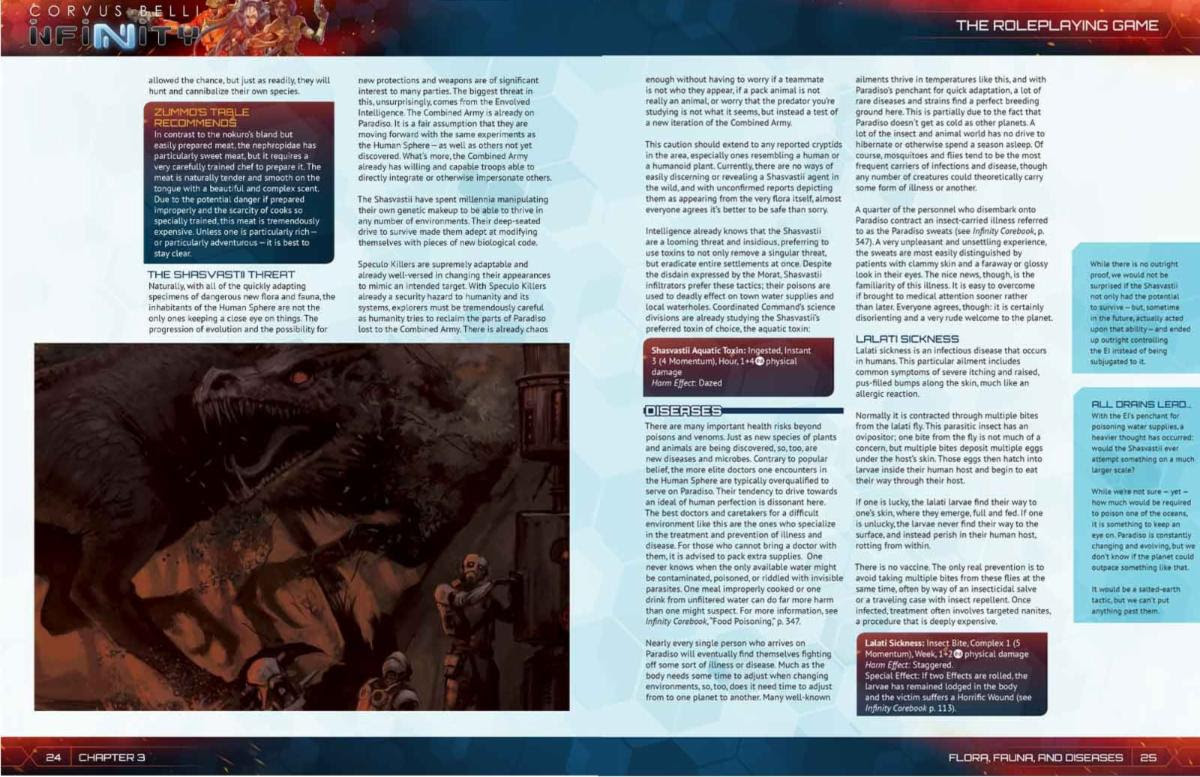 The Paradiso Sourcebook includes:
• Information on Paradiso system, from the binary stars Nakula and Sahadeva to Orgoglio and Purgatorio asteroid fields, intriguing planets like Virgil, Dante, Ugolino, Beatrice and more!
• Details on the current situation in the Paradiso theatre, the race for the last known Cosmolite in the planet and the truth behind the Penny Arcade.
• Rules and guidelines to play your own Paradiso based campaigns including jungle warfare, terrain and the background of all three Combined Army Offensives in the system!
• Weapons, equipment and vehicles to prepare for your jungle escapades: caltrops, machetes, flamethrowers, jammers and missiles! Lots of missiles!
• Detailed rules on how to organize encounters in the dark jungles of Paradiso, wicked bandar-logs, cauchemar cats, nematodes, yorogumo. Brutal vegetation and deadly fauna are just some few of the dangers the paradise planets holds for you! 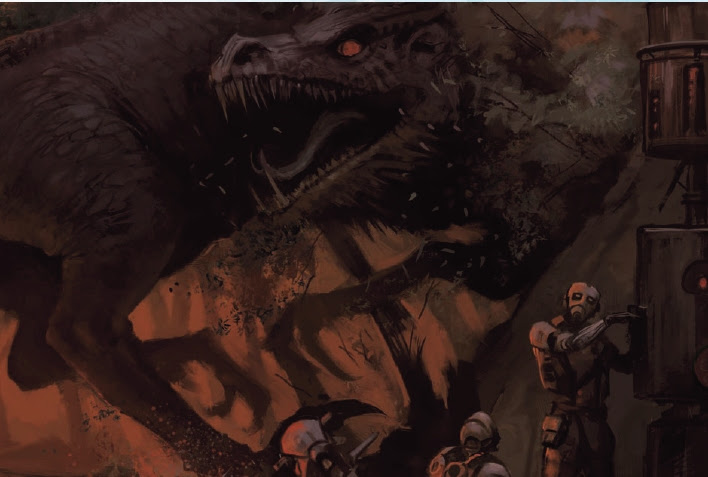 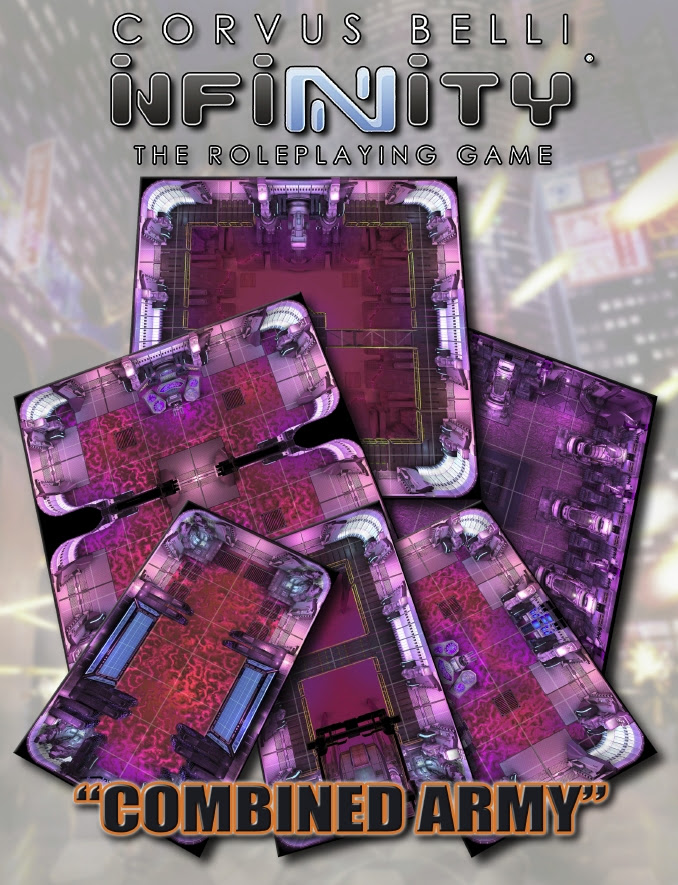 For the last ten years, players have tested their mettle upon the battlefields of the Human Sphere in Corvus Belli’s hugely-popular Infinity skirmish game. Now you can expand your adventures, diving deep into the amazing, never-before-seen depths of the Infinity universe with the ultimate science-fiction roleplaying game.
Contains 49 colour tiles to print at home.
Get ready to explore the secrets of the Combined Army bases and ships with this geomorphic tile set. Perfect for Infinity or RPG skirmish adventures. 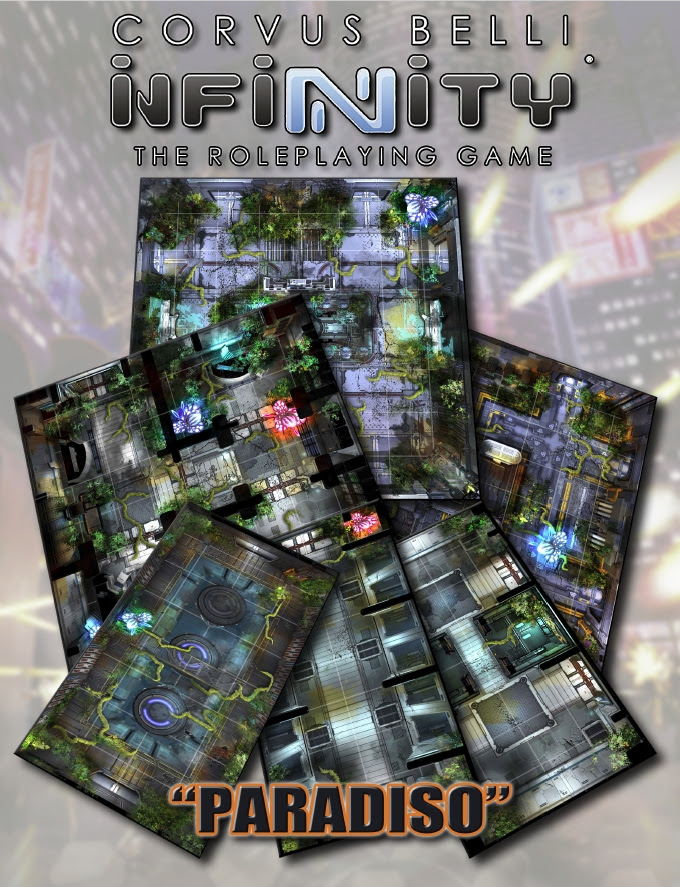 Paradiso Geomorphic Tile Set PDF
For the last ten years, players have tested their mettle upon the battlefields of the Human Sphere in Corvus Belli’s hugely-popular Infinity skirmish game. Now you can expand your adventures, diving deep into the amazing, never-before-seen depths of the Infinity universe with the ultimate science-fiction roleplaying game.
Contains 55 colour tiles to print at home.
Start your adventures in the ruins of Paradiso with this digital geomorphic tile set. Perfect for Infinity or RPG skirmish adventures.
We hope you enjoy these latest Infinity PDF releases and look out for more great Infinity books coming soon, with the next major PDF book release scheduled for May 6th, alongside PDF releases of two card decks.