Another great release from our good friends at Modiphius Entertainment and the chance to download for free one of the best roleplaying games of the past decade. #staysafe #stayinsavelines

Today we’re delighted to announce the release of Conan The Exiles Sourcebook, a valuable new resource for the Conan Adventures in an Age Undreamed Of RPG which provides an awesome crossover with the Conan Exiles online game. 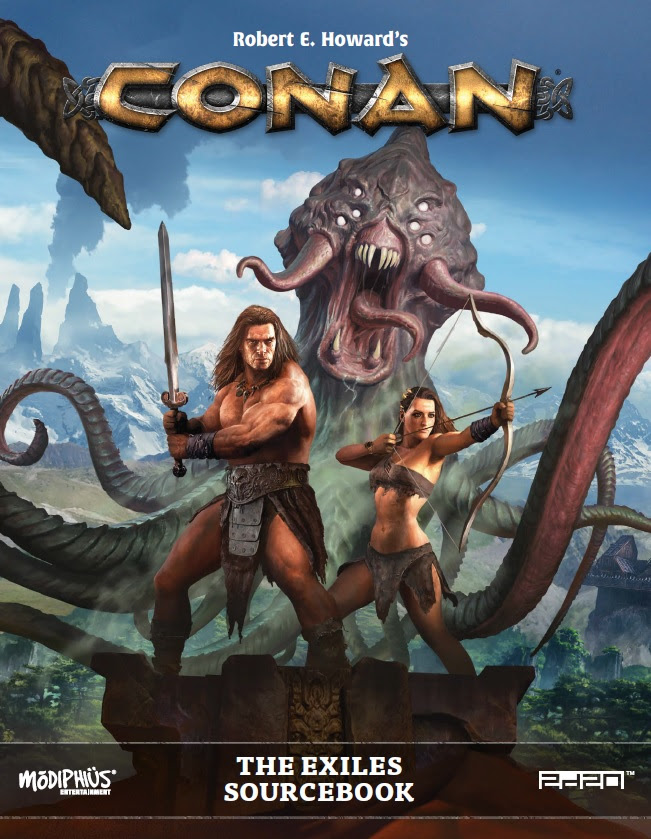 We also have further updates on some welcome news, see the News section at the bottom, for full details and a FREE gift, the John Carter Core Rulebook in PDF!

If you purchase on Modiphius.net you will receive a discount code in your confirmation email, which will discount the price of this PDF against any future purchase of the same print product. DriveThruRPG purchases should contact support@modiphius.com to redeem a similar offer. Now on with the details on this intriguing new sourcebook! 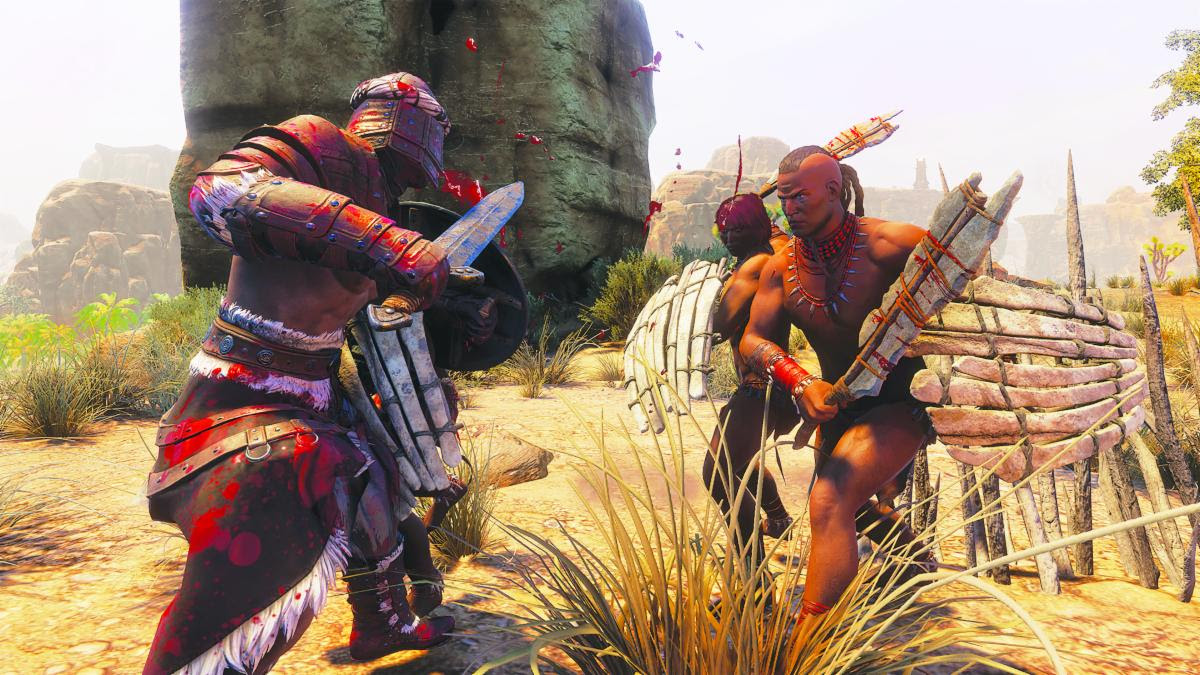 Based on the hit massively multiplayer online game and the award-winning roleplaying game!
HE STRODE OUT ACROSS THE SANDY WASTE AS IF HE HAD JUST BEGUN THE JOURNEY. A BARBARIAN OF BARBARIANS, THE VITALITY AND ENDURANCE OF THE WILD WERE HIS, GRANTING HIM SURVIVAL WHERE CIVILIZED MEN WOULD HAVE PERISHED.
Combining the gritty suspense of the online gaming with the fast action of the tabletop roleplaying game, Conan: The Exiles Sourcebook brings together the genres of deep and immersive character creation, survival gameplay, base building and improvement, hex crawl adventuring, and kingdom-level siege mechanics. Set in the world of the hit online title, Conan: The Exiles Sourcebook lets players experience the Exiled Lands first hand, with unique content from that world allowing for a truly unique Conan roleplaying experience. With this volume, players can: 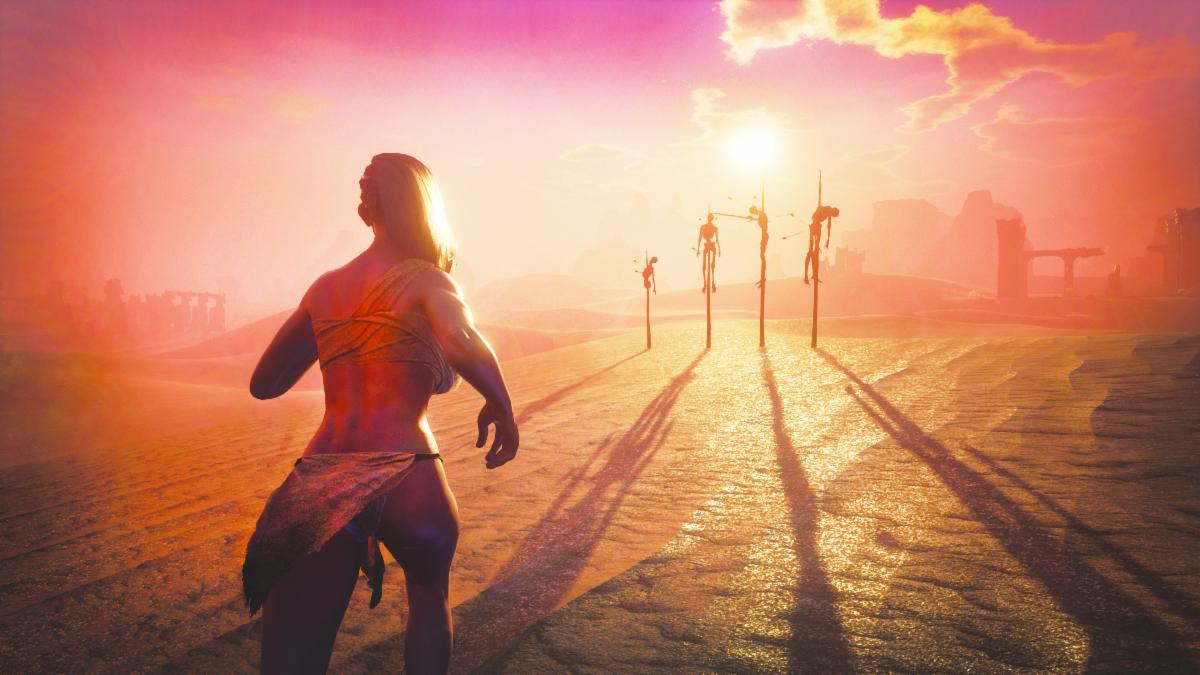 ·        Create new characters from archetypes such as the Exile, the Forgotten, the Shaper, and Wasteland Priest.
·        Build your character with new backgrounds, new and expanded talents, new equipment, new weapon qualities, and more.
·        Explore the Exiled Lands and learn how to survive there, seeking out or avoiding places like the Shattered Springs, the City of Relic Hunters, the Circle of Swords, the Black Gardens, the Dregs, or the hellish Unnamed City.
·        Struggle for survival, with detailed rules about exploring the wasteland and ruins, scavenging resources and valuable assets.
·        Learn how to craft new weapons, armor, and equipment suitable for this desperate, dangerous world.
·        Build shrines and pray to the Exiled Gods, much more powerful than elsewhere in the Hyborian kingdoms. Summon their living avatars to wreck destruction upon your foes!
·        Battle monsters and foes unique to the Exiled Lands, such as abyssal remnants, Children of Jhil, demonic imps, sandbeasts, and serpent-men, and even face off against epic foes such as Tyros the Deathbringer or the Witch Queen of Lemuria herself.
·        Build and improve a city of your and try to hold it against the forces of an uncaring world.
This book requires the Robert E. Howard’s Conan: Adventures in an Age Undreamed Of corebook to use.
We hope you enjoy this latest Conan sourcebook and look out for more great Conan sourcebooks arriving next month including Conan the Adventurer and Conan the King! 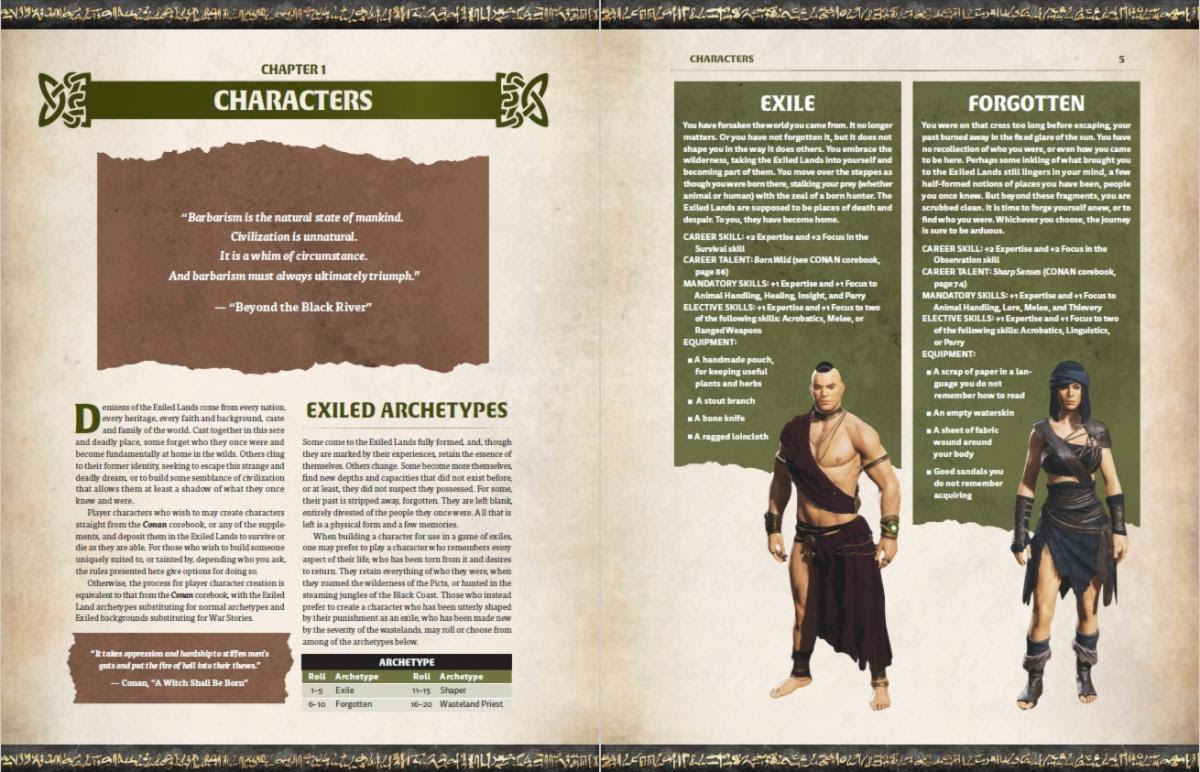 FREE ROLEPLAYING GAME!!!!
We want something special for our community to say thanks for all your support during lockdown. Head on over to our webstore and use the code BARSOOM at checkout you can score yourself a free copy of the John Carter of Mars RPG core book in PDF before the end of April. It’s a really streamlined version of our 2d20 system so if you like what you see the code VIRGINIA will get you 20% off anything in the John Carter RPG & miniatures collection.