Hellenica: Story of Greece is a 3.5X civilization game in which you harness the powers of one of seven beginning city-states to dominate the world around you. Your goal is to become the preeminent symbol of Greece for all posterity by completing a combination of secret and public goals.
Both bundles include The Mythic expansion – which adds 227 miniatures to use in the core game that include: 70 Hoplites, 70 Cavalry, 70 Triremes, 15 heroes, and 7 mythological creatures!
This Hellenica Story of Greece + Mythic Expansion Bundle + AI Decks also includes – SEVEN themed AI decks – 1 for each city-state in Hellenica 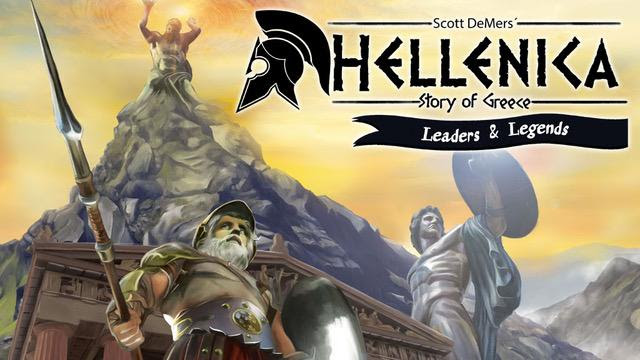 Be sure to check out the new Hellenica Leaders & Legends Expansion on Kickstarter  that adds unique leaders to the game allowing players to modify the characteristics of their city-state. Each leader confers a special bonus on the city-state that recruits them. For example, Heracles aids in fighting Mythological Creatures while Socrates makes your research more productive. Each leader is represented by a deck of cards that appear in a market that players review to recruit the leaders that they want. But, watch out, other players may be desiring the same leaders as you and leaders will not serve two city-states!.
We hope you’ll be intrigued by this excellent new board game and be sure to check out the splendid Kickstarter which adds a wealth of new options for the game.