Know ye then of a time of old when the world was young and before the waters drank Atlantis and of an age of heroes and legends and the mighty Kull…. Check out the latest supplement for the excellent Conan Roleplaying Game from our good friends at Modiphius Entertainment, #stayhomestaysafe #stayhomeplaygames 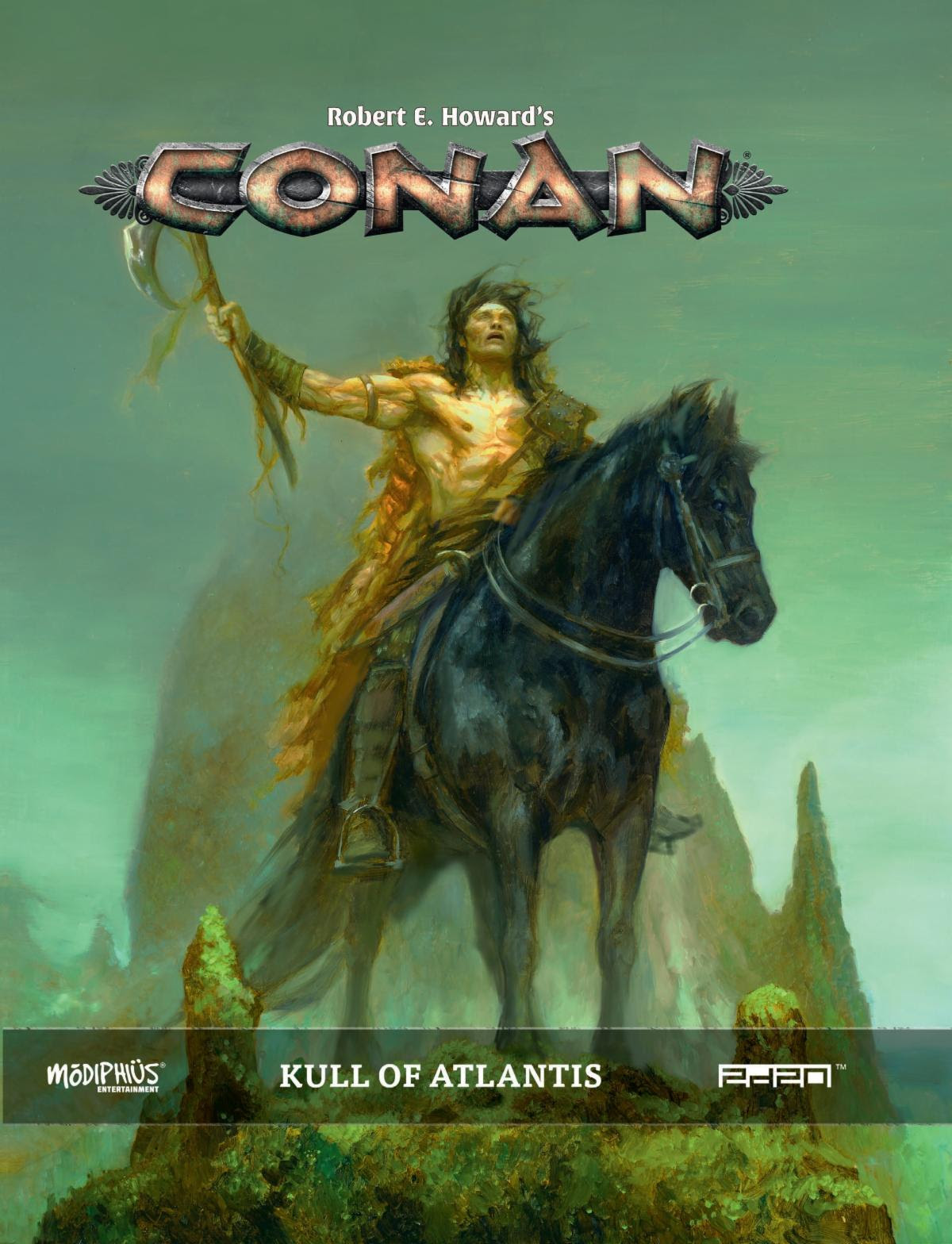 Today we’re delighted to announce the release of Kull of Atlantis, a brand new supplement for the Conan Adventures in an Age Undreamed of RPG, plus a 20% 24 hour discount on the Conan Core Book in PDF in honour of the anniversary of Conan creator Robert E Howard’s death!
Kull of Atlantis is available in PDF on Modiphius.net as part of the Conan Collection and on DriveThruRPG as part of its Conan Collection.
PDF buyers on Modiphius.net will receive a special download code which discounts the cost of the PDF against any future print purchase of the same title. DTRPG.com customers should contact support@modiphius.net to take advantage of a similar offer. Here are the details on this fantastic new sourcebook! 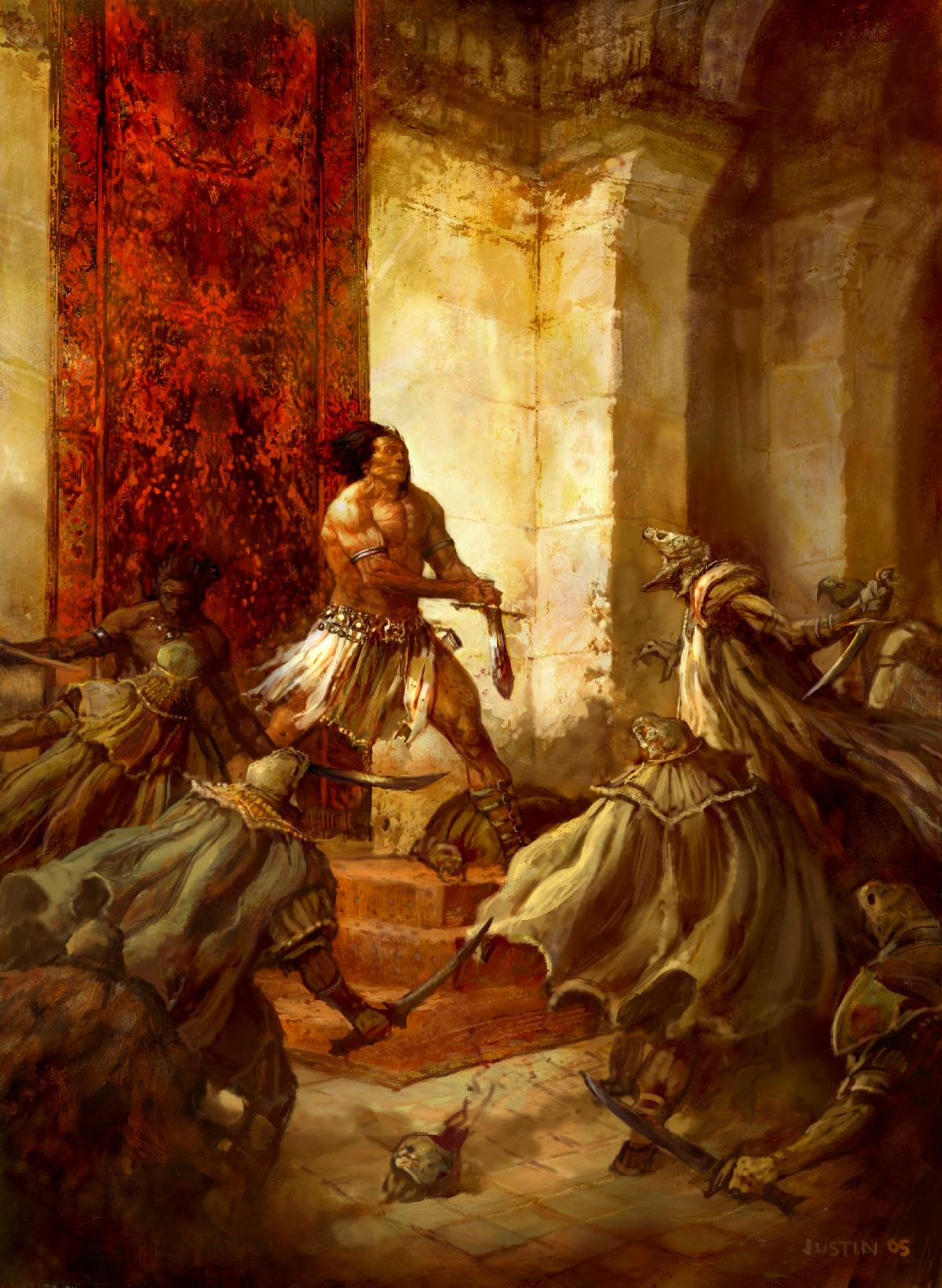 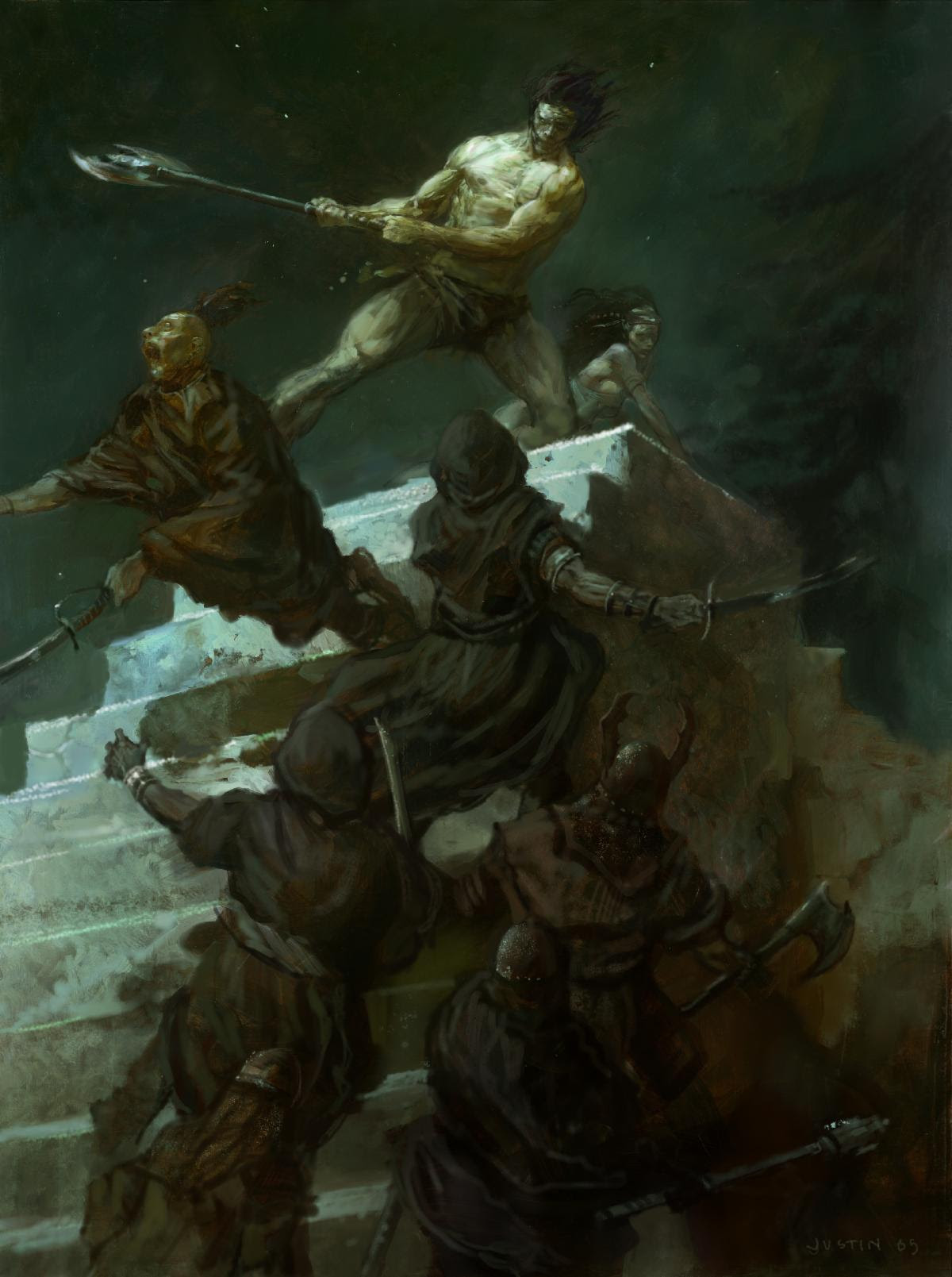 Before Conan, there was Kull!
DANGER BREEDS CAUTION, AND ONLY A WARY MAN LIVES LONG IN THAT WILD COUNTRY WHERE THE HOT VENDHYAN PLAINS MEET THE CRAGS OF THE HIMELIANS AN HOUR’S RIDE WESTWARD OR NORTHWARD AND ONE CROSSED THE BORDER AND WAS AMONG THE HILLS WHERE MEN LIVED BY THE LAW OF THE KNIFE.
Here, for the first time in roleplaying gaming, Kull and his world are described in all their savage, dreamlike glory. This alternate setting for Conan roleplaying is the ultimate reference to the Pre- Cataclysmic Age, in the time when the Atlantean barbarian Kull rose to become King of Valusia, greatest of the Seven Empires. Just as Conan and his exploits defined the Hyborian Age, his predecessor Kull shaped the destiny of the Thurian Age. This period, thousands of years prior to Conan’s own, is a time of mystery and magic, a period defined by antiquity and decline, yet shaken to its core by its savage new king, Kull. 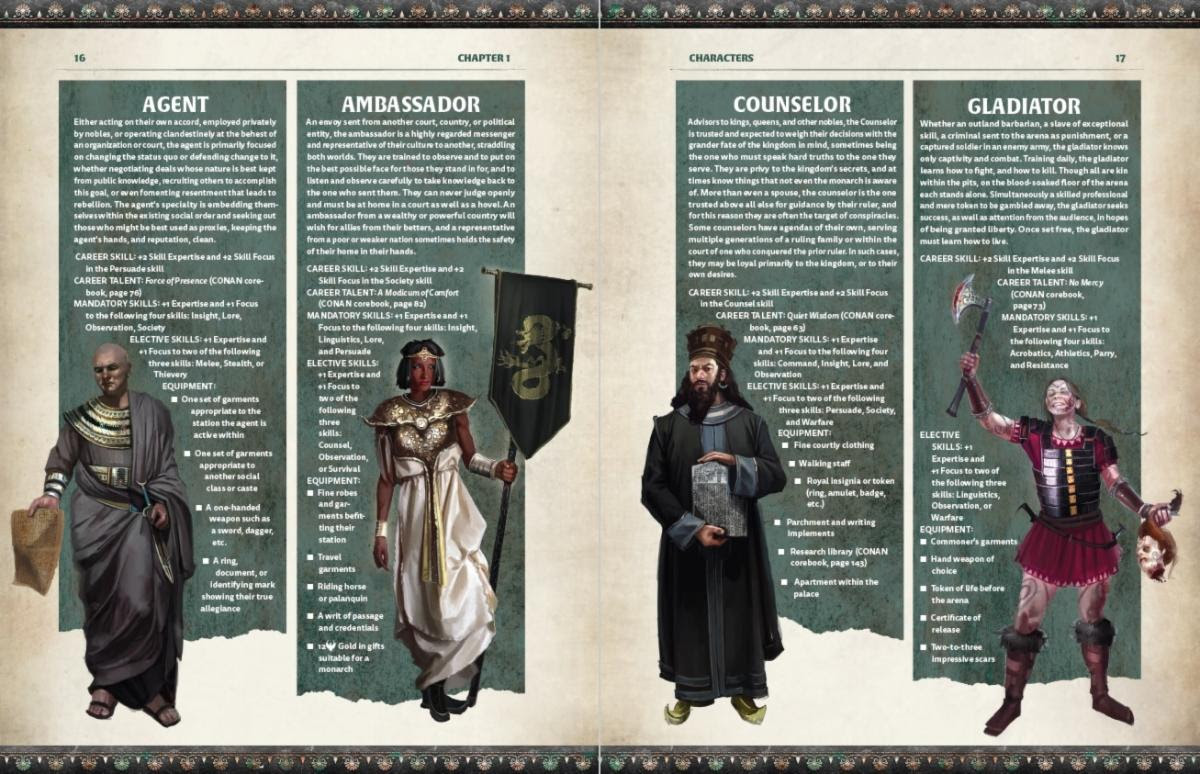 This 120-page full colour PDF features:
Kull of Atlantis requires the Robert E. Howard’s Conan: Adventures in an Age Undreamed Of rulebook to use but also serves an invaluable reference for readers of fantasy literature and fans of Robert E. Howard and his incredible barbaric hero, Kull. 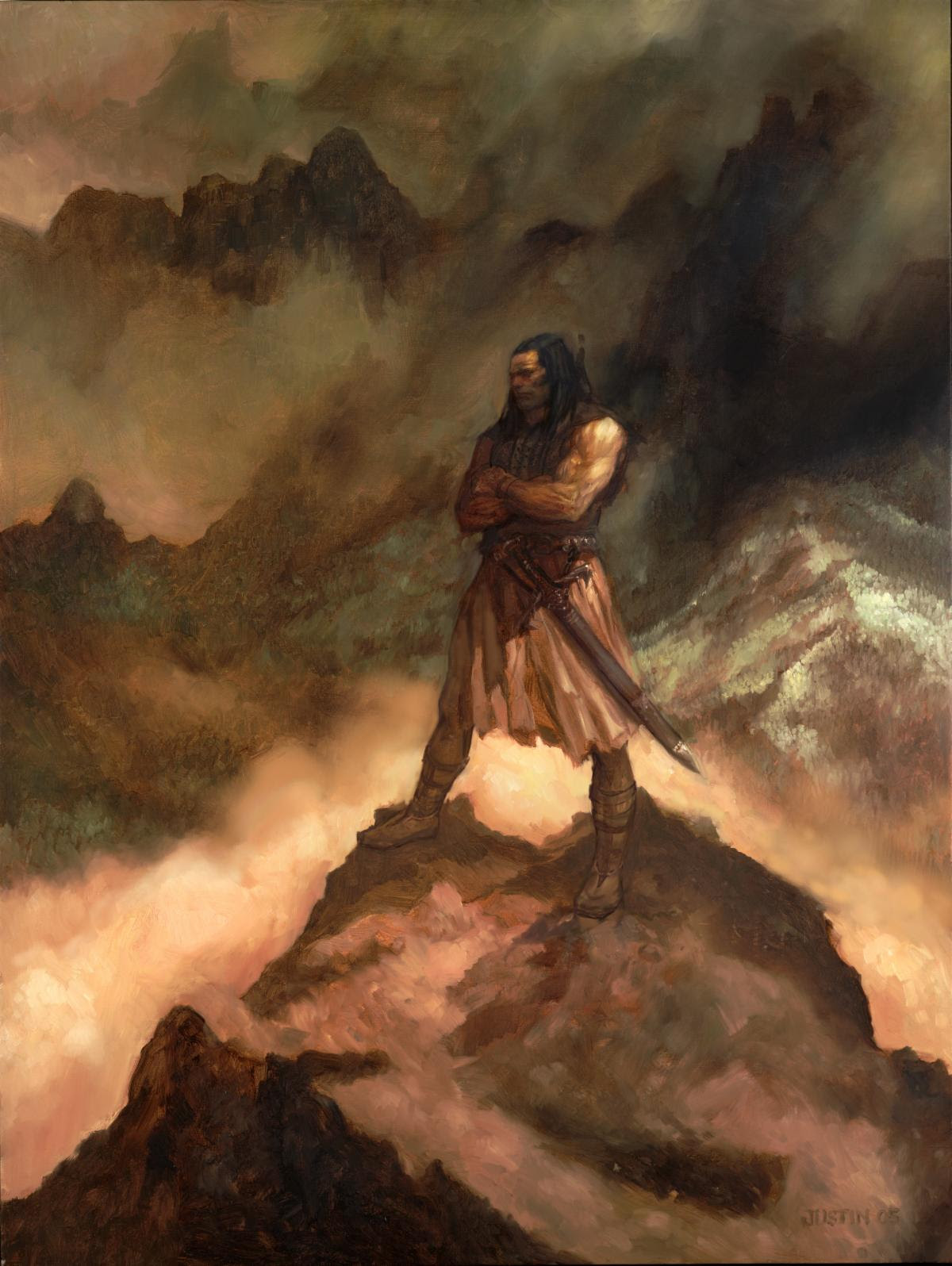 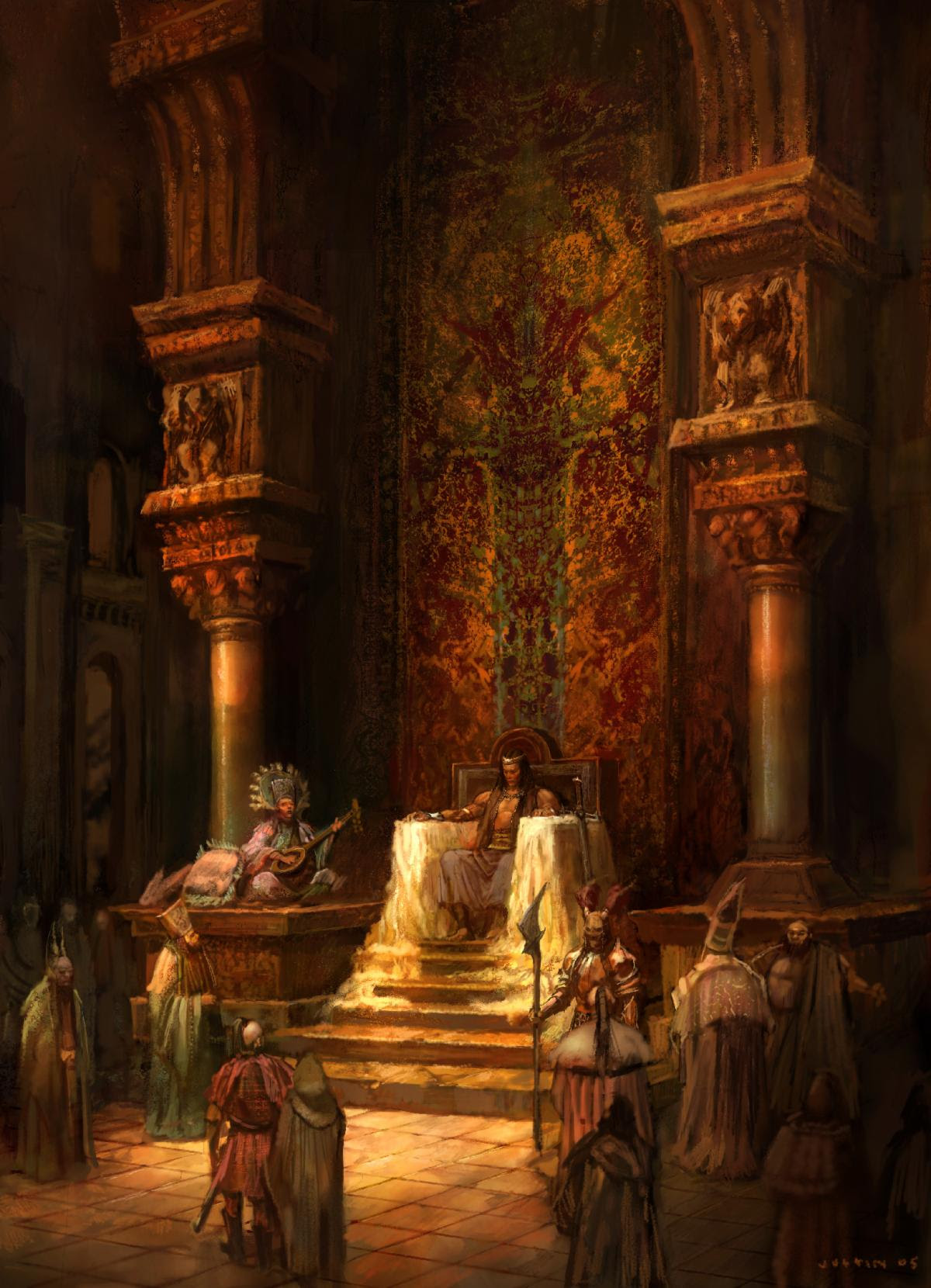