Way back last year, I posted about Gale Force Nine getting the rights to a board game based on the hit movie Aliens!  Now more details have been teased and a release date.

We at Gale Force Nine have been waiting a long time to give you this information, and we are now proud to say that the complete Aliens Boardgame experience will all be released this year, 2020, starting with the core game in October.

Aliens: Another Glorious Day In The Corps
• Play iconic characters
• Recreate awesome scenes from the movie
• Quick and easy rules
• Dynamic co-op gameplay
• And all the Aliens you can kill!

Two expansions will follow later this year, adding to the experience with new characters, missions, and game mechanics.

Aliens: Get Away From Her, You B***h!
• Play as the Alien Hive
• New campaign missions and locations from the movie
• Recreate the epic duel between Ripley and the Alien Queen

We’ll be rolling out more details about these releases in the coming months, including video content looking at game mechanics, and detailed looks at the miniatures. 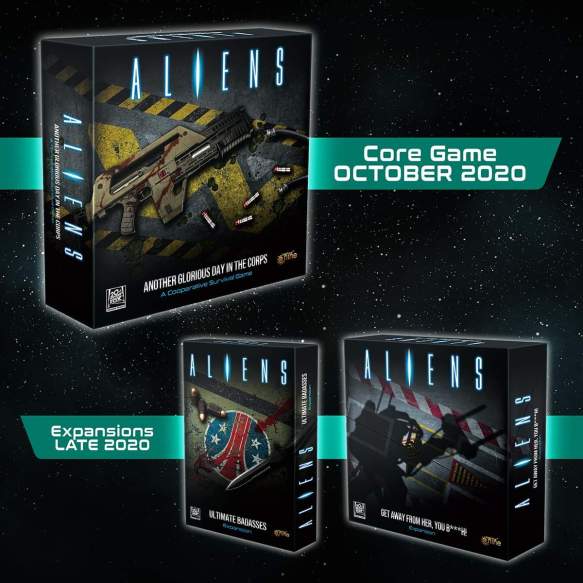