Great new releases for Forbidden Lands from Free League and our friends at Modiphius Entertainment. 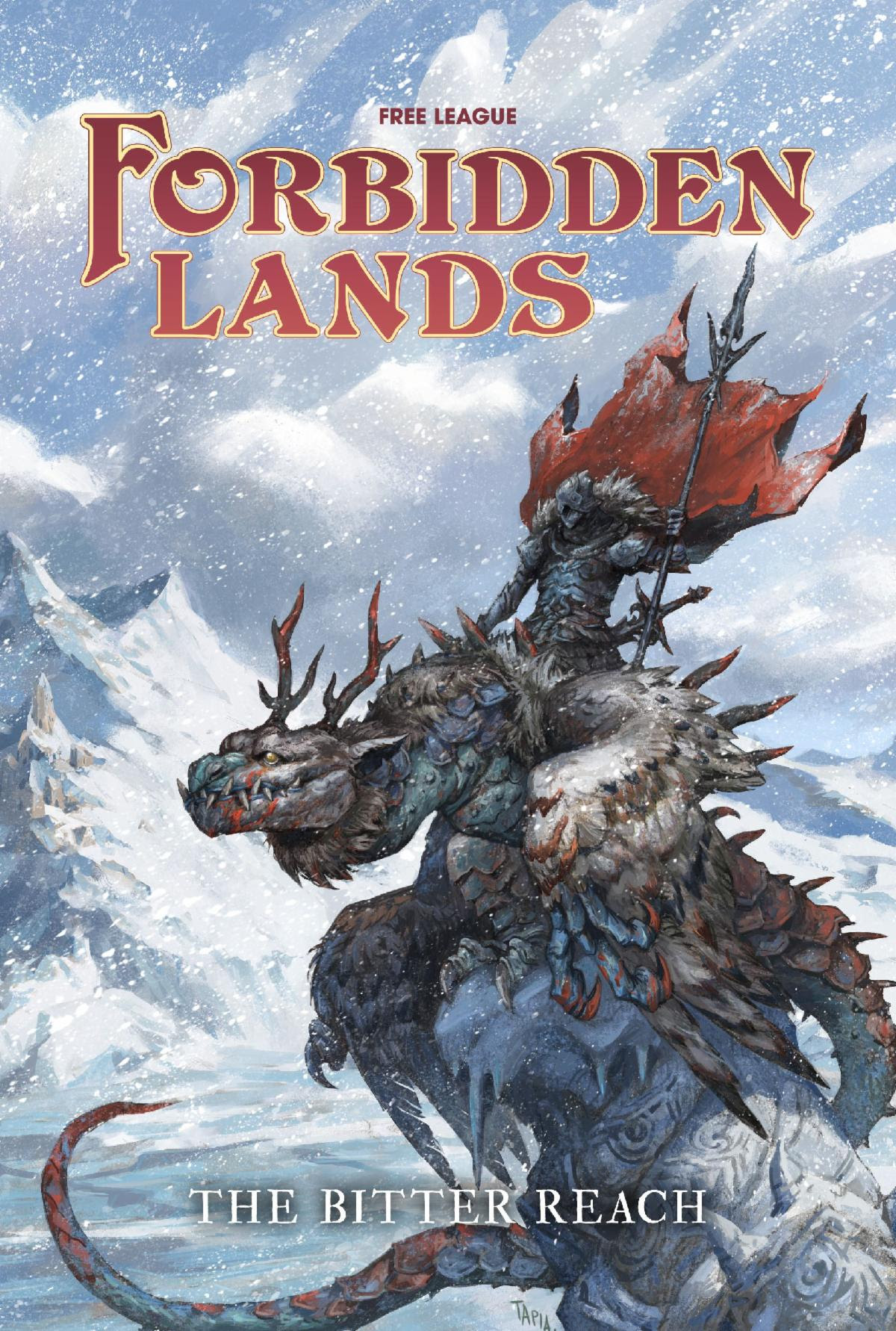 Today we’re delighted to announce the release of two major new products for the acclaimed Forbidden Lands RPG, The Bitter Reach and The Bitter Reach: Map and Card Pack, both are available in print and PDF as part of the Forbidden Lands Collection on Modiphius.net.
Forbidden Lands is a new take on classic fantasy roleplaying. In this open-world survival roleplaying game, you’re not heroes sent on missions dictated by others – instead, you are raiders and rogues bent on making your own mark on a cursed world.
Forbidden Lands: The Bitter Reach
In the southern lands, elders speak of cold storms from the north. Cursed voices borne on the icy winds whisper of secrets from ages past that would plunge realms and kin into ruin if only someone could understand these ancient words. They are the desperate confessions of the lost. They are the legends of the Bitter Reach. 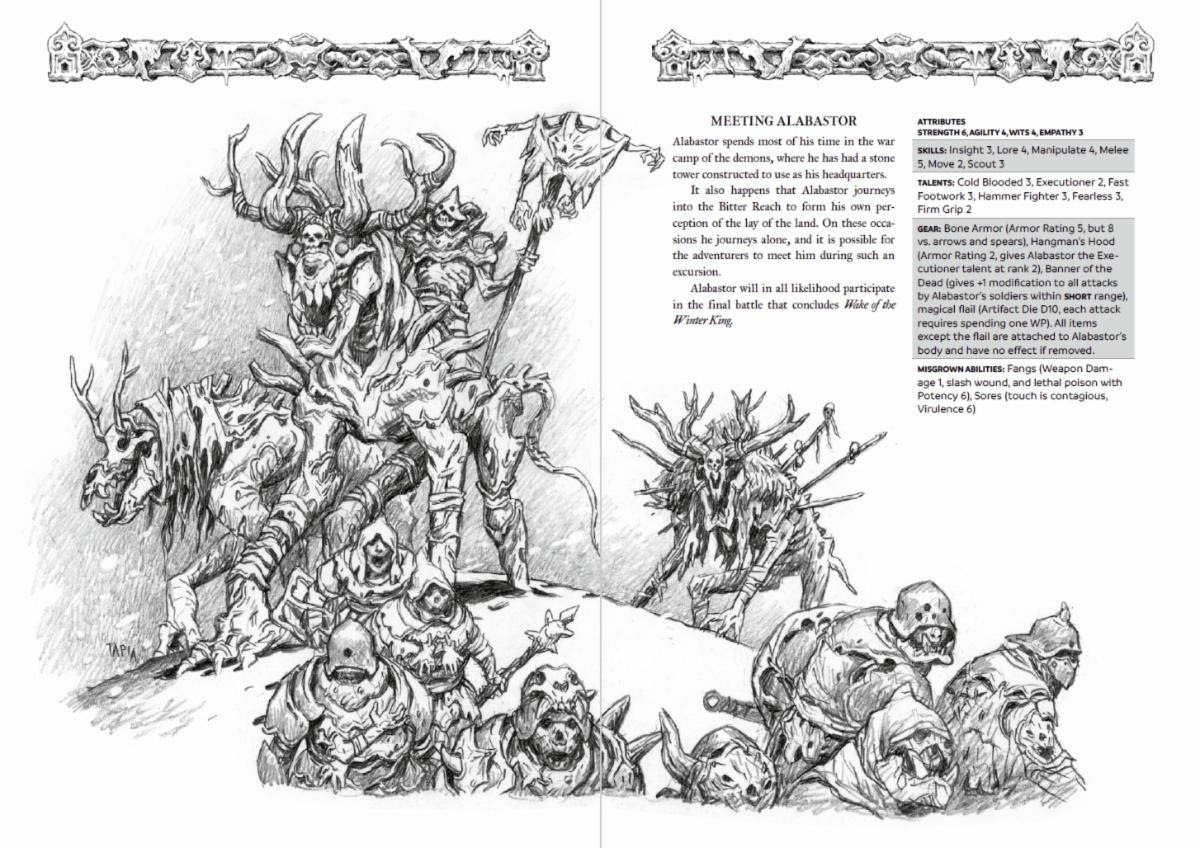 Deep beneath its frozen surface, creatures told of only in the oldest of legends dwell. They guard treasures that can give their owner power beyond their wildest dreams, treasures that could lay waste to the Bitter Reach if they were found.
And the treasures will be found, sooner or later, so why shouldn’t they be yours to claim?
The Bitter Reach is an epic campaign module for the Forbidden Lands roleplaying game, describing the icy wastelands north of Ravenland.
This 314 page book with monochrome internal art features: 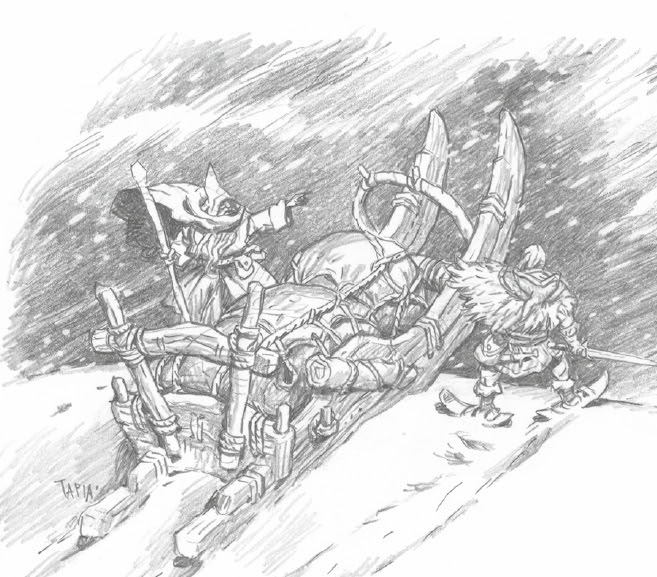 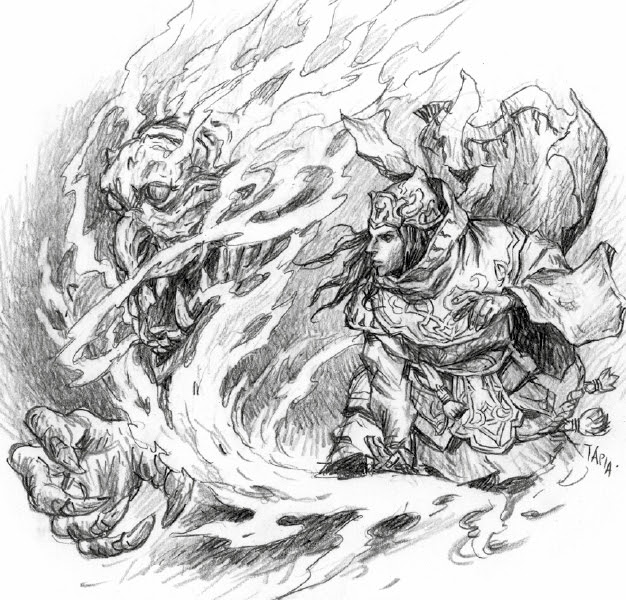 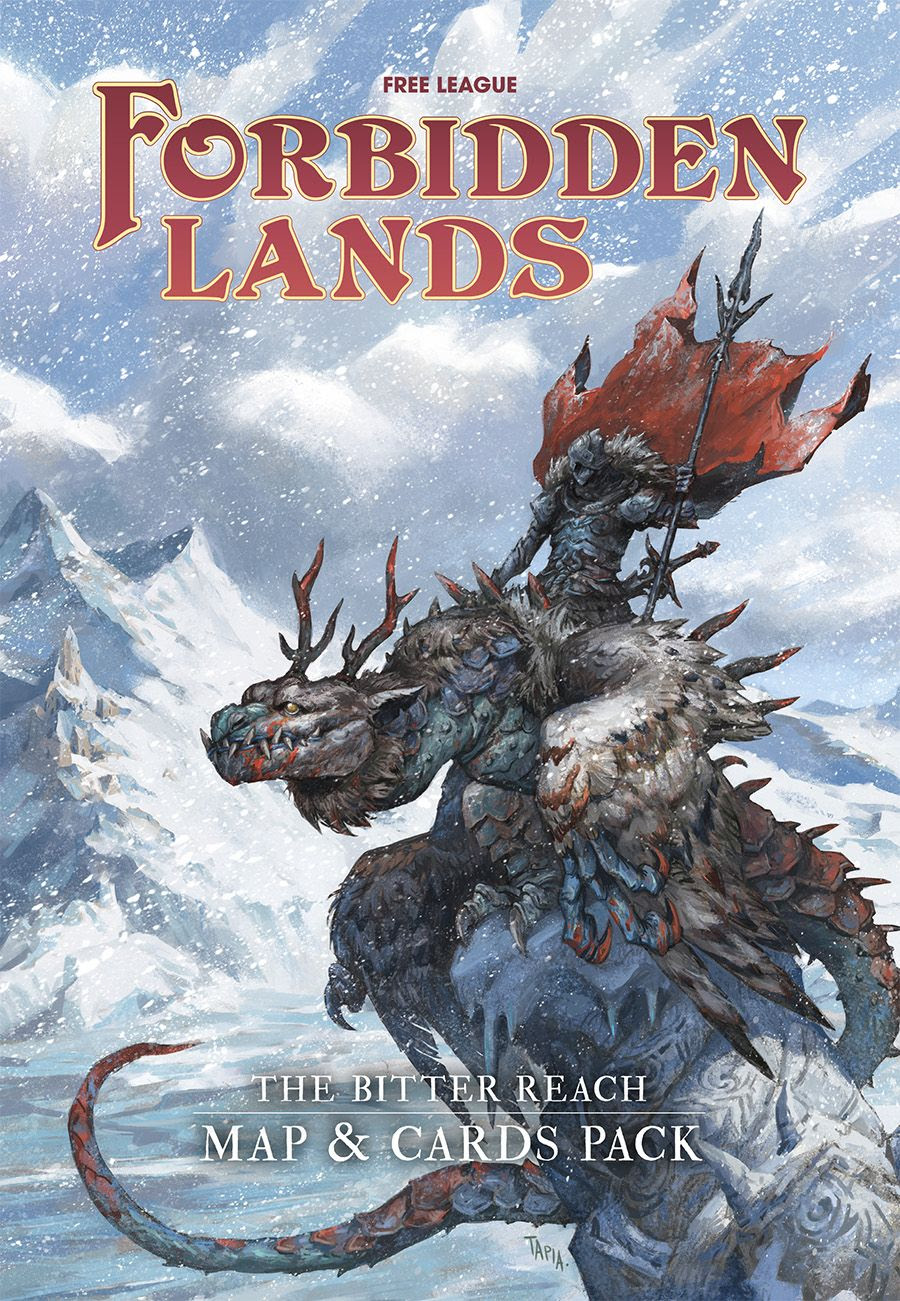 This pack for the Forbidden Lands roleplaying game contains player aids designed for use with the Bitter Reach campaign module. Contents:
We hope you’ll take the chance to experience this intriguing new Forbidden Lands double and look out for more great Forbidden Lands products coming soon!