There is still time to back the Hideous Abomination Kickstarter and help fund it.  The game is quick to pick up and play and ideal for family fun, especially with young players, allowing them to build up their own unique monsters.

Hideous Abomination is a tile-laying game for 2-5 people, aged 12+ (but with simplified rules for younger players), generally running about 15-30 minutes. You’re in fierce competition with the other players to construct and complete an abomination that matches certain criteria – some of which are randomized per game! You’ll take turns rolling the die and playing, stealing and bolting tiles. There’s plenty of player interaction and end-game scoring. It’s fast-paced fun for social gamers, but the randomized win conditions and variables mean it’s deep enough for more strategically-minded gamers, too!

There are simplified rules for younger players included in the game that ignore end-of-game objectives and focus on building fun abominations. I aimed for the elements in the box to be flexible so you can use them however you want!

You can learn all about the rules and how to play in this video, or download the complete rules here! 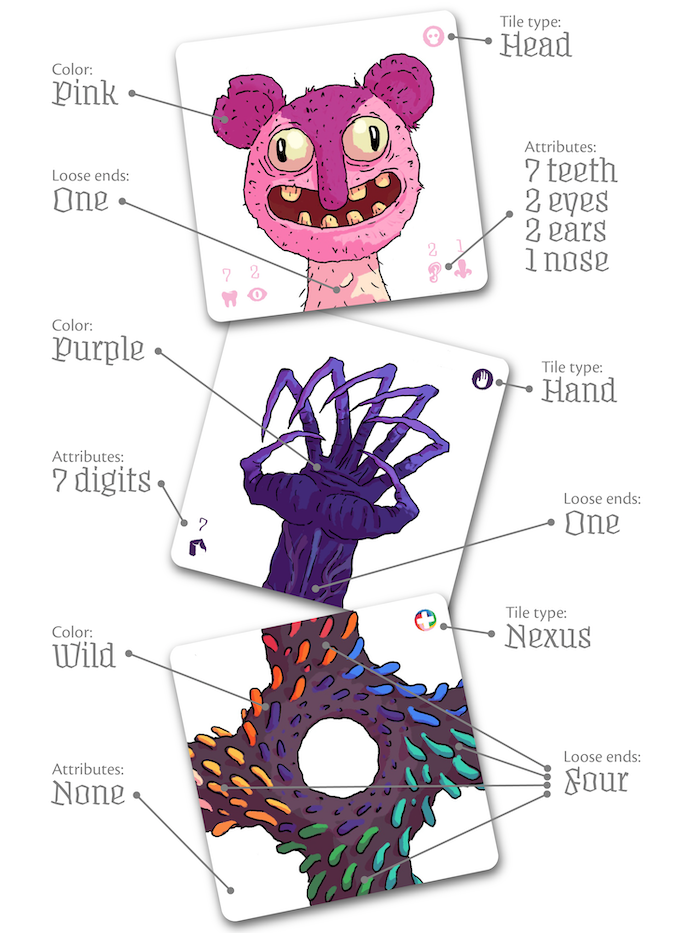 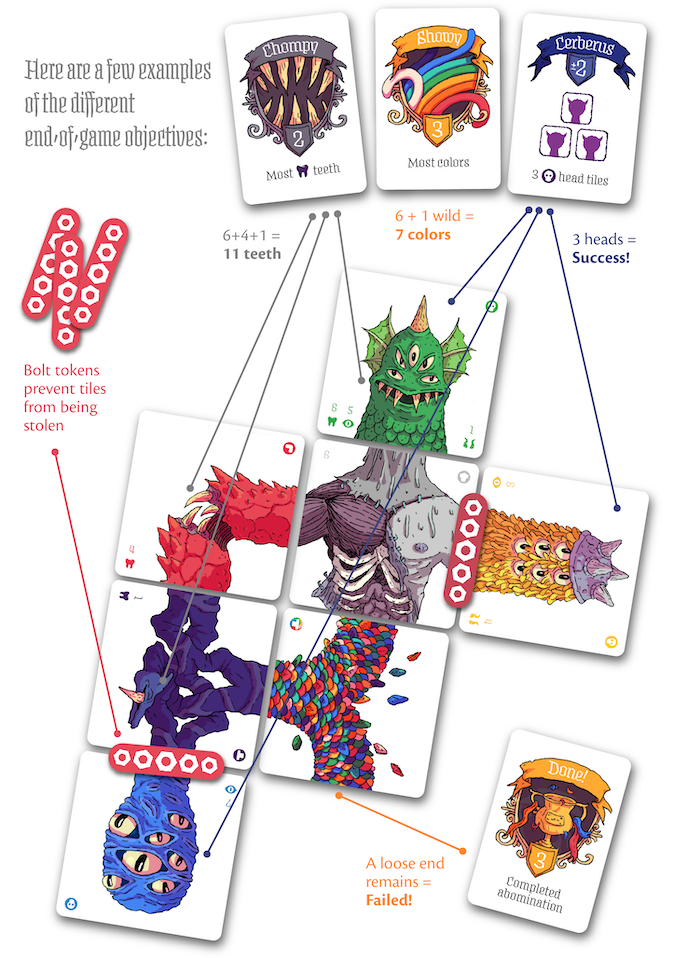 The box is a game in itself! You can use it to build faces on retail shelves, or use the two halves of your own copy to mix-and-match eyes and mouths. I wanted the packaging to be a nice object to hold, and something that will catch attention on your shelf. What’s more eye-catching than a giant, stark eyeball? Plus it’s compact. At just 3.5″x3.5″ it’s easy to toss in your purse or backpack and take on the go. 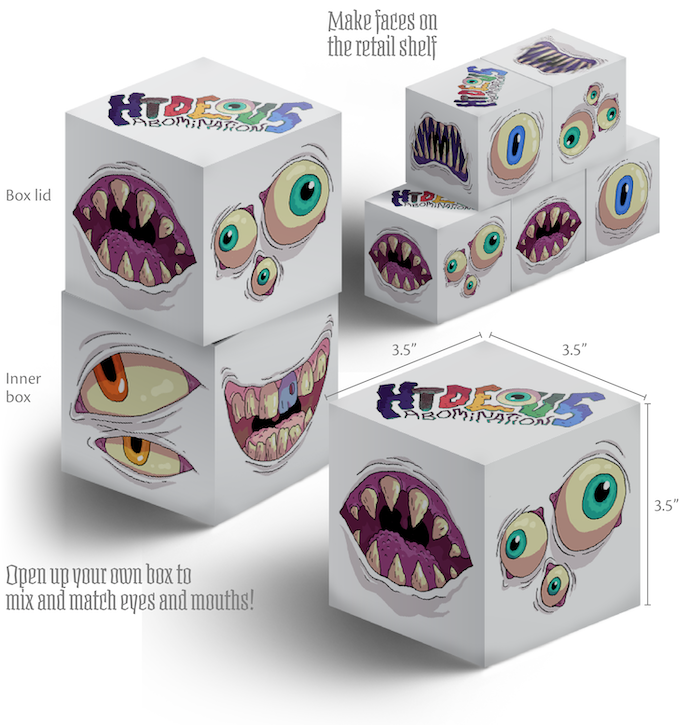 Sounds like a very game right?  So head on over to Kickstarter and back the campaign.