The past few months have been pretty much some of the worst in living memory, due mainly to a small enemy that we cant see, and as such by March this year most of the world had ground to a complete halt and gone into a global lockdown.

Our health services were taxed in a way that they had never been before and as the rest of the world stayed at home, those brave souls in the health and public services sectors of industry kept us safe, tended to our health and sadly in many cases our dying.  These are true heroes, from the person who stacks shelves and keeps your family fed, to the doctors, nurses, auxiliaries, ancillaries, porters, cleaners and admin who keep our hospitals and care facilities running against insurmountable odds.

Many people have taken up the clarion call to support our health service here in the UK (the NHS or National Health Service) and while during lockdown many showed their support by standing at their doors and clapping their hands at a given time, there are some who went much, much further.  Case in point Sir Tom Moore, a distinguished veteran and gentleman who took to walking his garden to raise funds for the NHS, not an easy feat seeing as he was 99 years old at the time, but he did and the rest is history.

To celebrate the 100th birthday of this amazing gentleman, our good friends at Warlord Games have released a special miniature in his honour and profits will be going to the NHS! From the Warlord Press Release.

Captain Tom Moore served in India, the Burma campaign and Sumatra during the Second World War as a member of the Royal Armoured Corps. He later became an instructor in armoured warfare.

This Year, At 99 years old, Tom Moore began to walk laps of his garden in aid of the NHS Charities, with the relatively modest goal of raising £1000 by the time he turned one hundred.

On the day of his birthday, he had accomplished a fundraising total in excess of £30 million. For his efforts, he was appointed an honorary colonel of the Army Foundation College and in July 2020, was knighted at Windsor Castle, amongst other accolades, we are honouring his efforts and those of our tireless NHS staff, not just over the last few months, but decades and for the future, with this new figure.

Get a Tribute Figure Now!
All profits will go to NHS Charities.

For those wanting to use the miniature on the tabletop, or facilitate a larger donation, we’ve also created a bundle including an M3 Lee Medium tank with crew sculpt variant seen below, available here as-well. 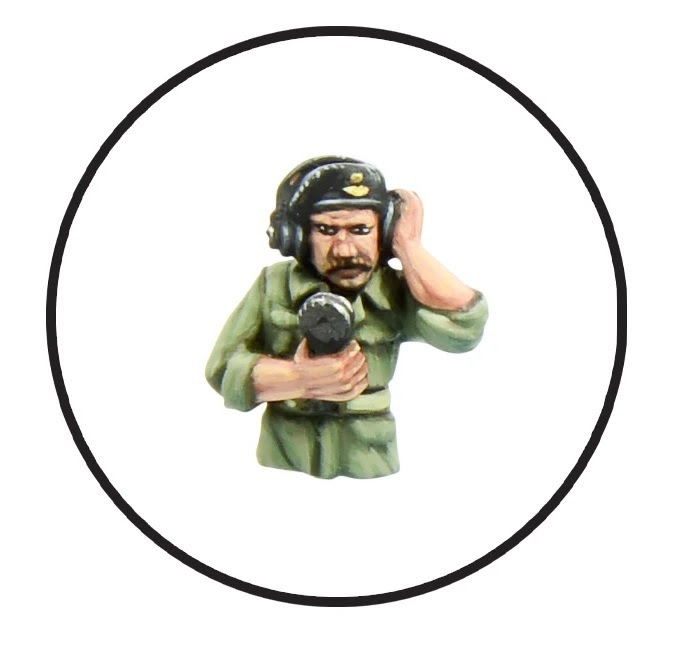