Great news for those who have been waiting for a chance to get Vaesen from Fria Ligan/ Modiphius Entertainment! 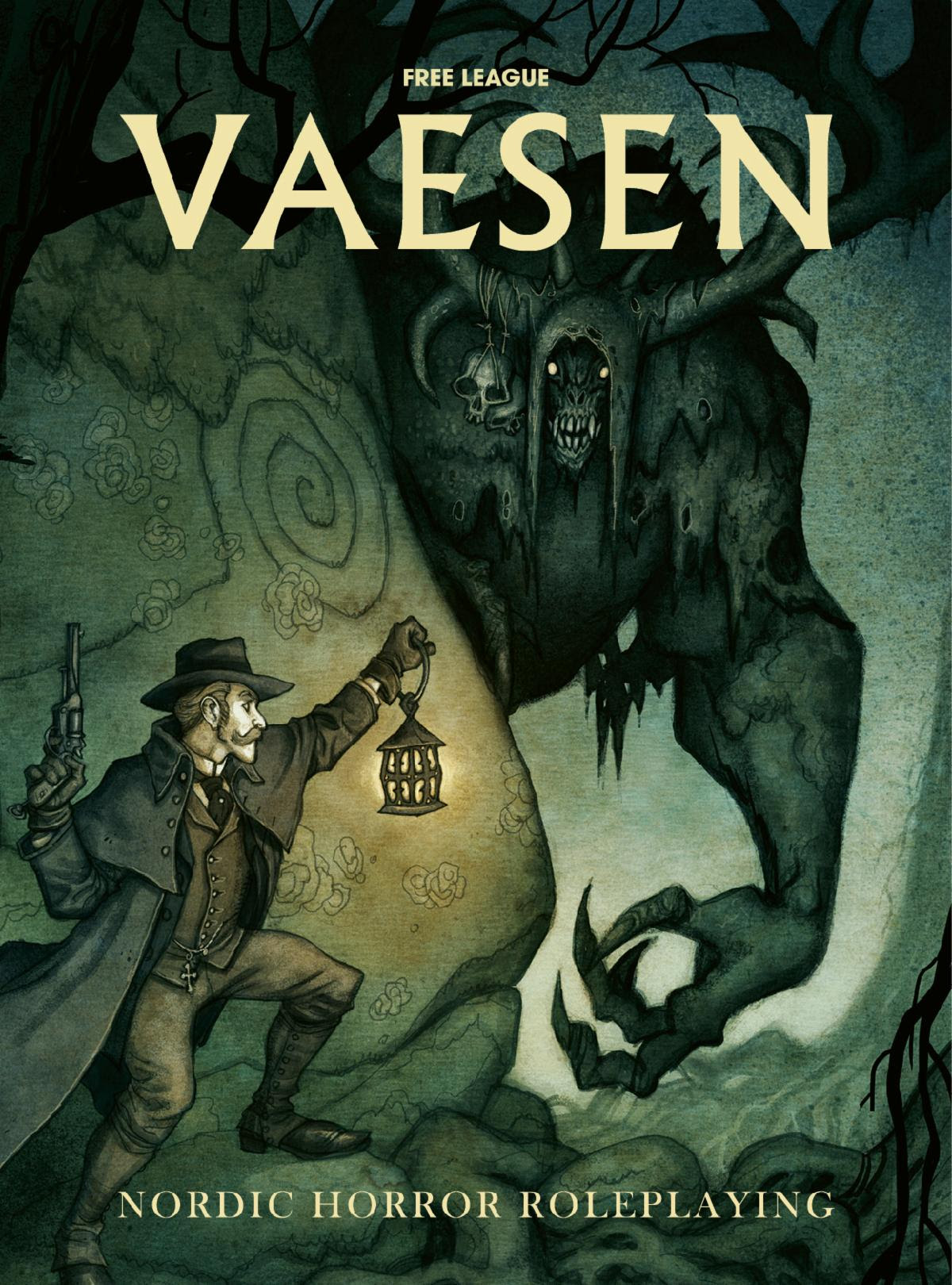 Today we’re delighted to announce a brand new RPG line from acclaimed Swedish masters Free League Publishing as Nordic Horror game VAESEN makes its debut!
VAESEN – Nordic Horror launches with Core Rulebook in print and PDF, GM Screen & Map, Card Deck and Dice Set, a complete suite of roleplaying tools to compliment this most chilling of RPGs! Here are the details on this fascinating brand new RPG line.
In dark forests, beyond the mountains, by black lakes in hidden groves. At your doorstep. In the shadows, something stirs. Strange beings. Twisted creatures, lurking at the edge of vision. Watching. Waiting. Unseen by most, but not by you. You see them for what they really are. Vaesen. 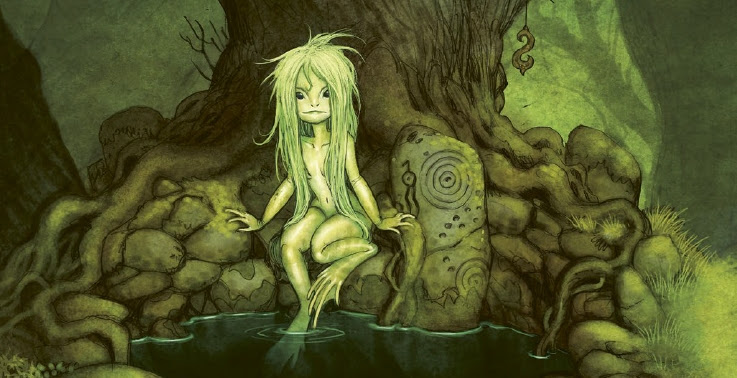 In dark forests, beyond the mountains, by black lakes in hidden groves. At your doorstep. In the shadows, something stirs. Strange beings. Twisted creatures, lurking at the edge of vision. Watching. Waiting. Unseen by most, but not by you. You see them for what they really are. Vaesen.
Welcome to the Mythic North – northern Europe of the nineteenth century, but not as we know it today. A land where the myths are real. A cold reach covered by vast forests, its few cities lonely beacons of industry and enlightenment – a new civilization dawning. But in the countryside, the old ways still hold sway. There, people know what lurks in the dark.
They know to fear it.
Vaesen – Nordic Horror Roleplaying is written by Nils Hintze and based on the work of Swedish illustrator and author Johan Egerkrans, Vaesen presents a dark Gothic setting steeped in Nordic folklore and old myths of Scandinavia. The game mechanics use an adapted version of the award-winning Year Zero Engine. 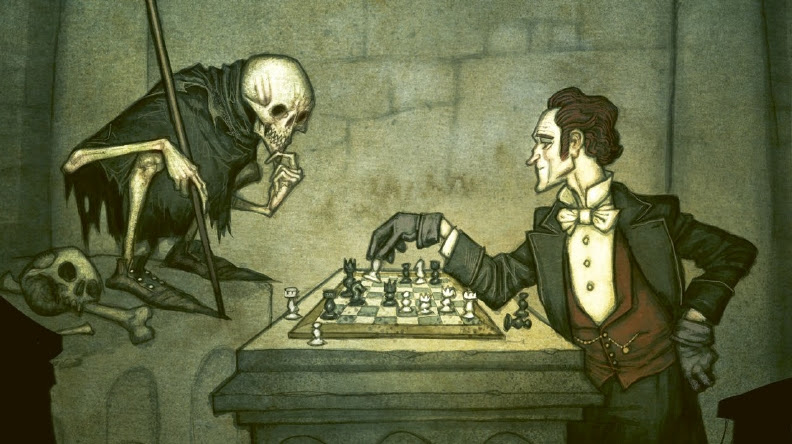 VAESEN – Nordic Horror Core Rulebook
Key features:
• Nine ready to use archetypes lets you create a character in minutes – or use the included life path tables and let the dice decide.
• Quick and flavorful rules for combat, investigations and horror.
• Rules for developing the player characters’ mansion in campaign play.
• A detailed gazetteer of the Mythic North setting and the town of Upsala.
• A score of bloodcurdling vaesen to encounter, all beautifully illustrated by Johan Egerkrans.
• An introductory Mystery called The Dance of Dreams. 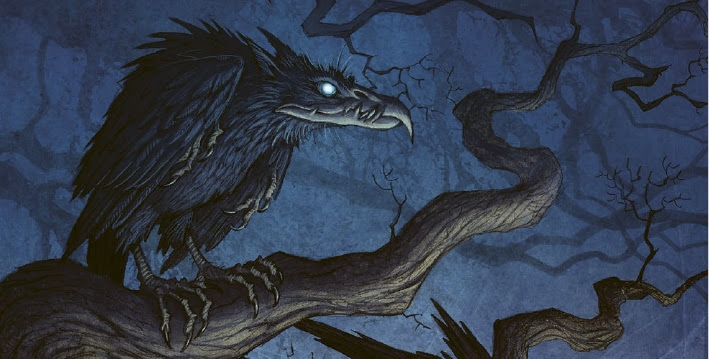 VAESEN – Nordic Horror GM Screen & Map
A deluxe Gamemaster’s screen in landscape format for Vaesen – Nordic Horror Roleplaying. It features Johan Egerkrans’s art on the outside and a host of useful tables and important information on the inside, while keeping the GM’s plans hidden from the eyes of inquisitive players. Included in the package is also is a large double-sided poster featuring a beautiful map of the Mythic North setting on one side and the town of Upsala on the other (size 432x558mm). 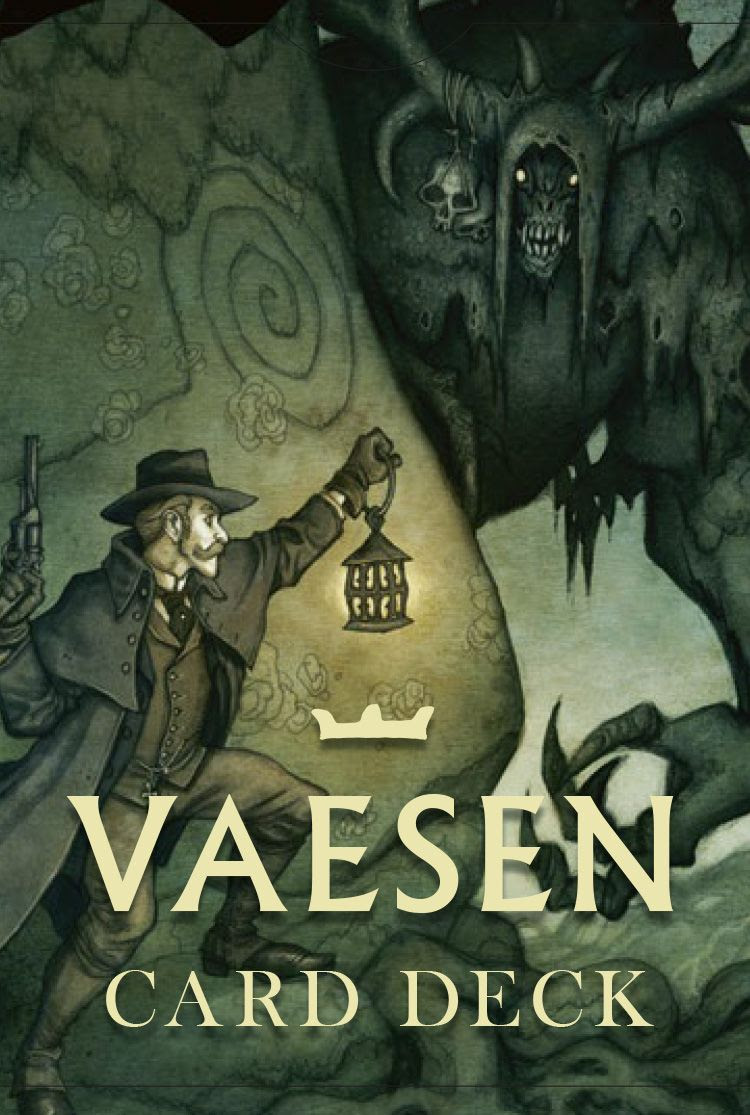