While the vast majority of us have been stuck in our homes due to the global lockdown, Ronnie Renton and the boys at Mantic Games have been feverously working away behind closed doors on a brand new fantasy naval combat game, Armada.  Based around Warlord Games excellent Black Seas, this game is due out in November and looks set to be a fun romp on the high seas!

Take to the high seas of Pannithor in Mantic’s new fantasy wargame this November.
Mantic Games is pleased to announce that this November it will be releasing Armada, a new naval wargame set in the world of its best-selling fantasy battle game, Kings of War. The launch period will feature a two-player starter set, which is perfect for getting into the game, four factions of highly detailed resin boats, a rulebook and a full range of accessories.

Based on the best-selling Black Seas ruleset by Warlord Games, Armada takes historical naval battles and gives them an epic fantasy twist. From the initial launch, players can take to the seas of Pannithor as one of four exciting factions – starting with the brave Basileans and marauding orcs, then following shortly after with the stoic dwarfs and wicked Empire of Dust. 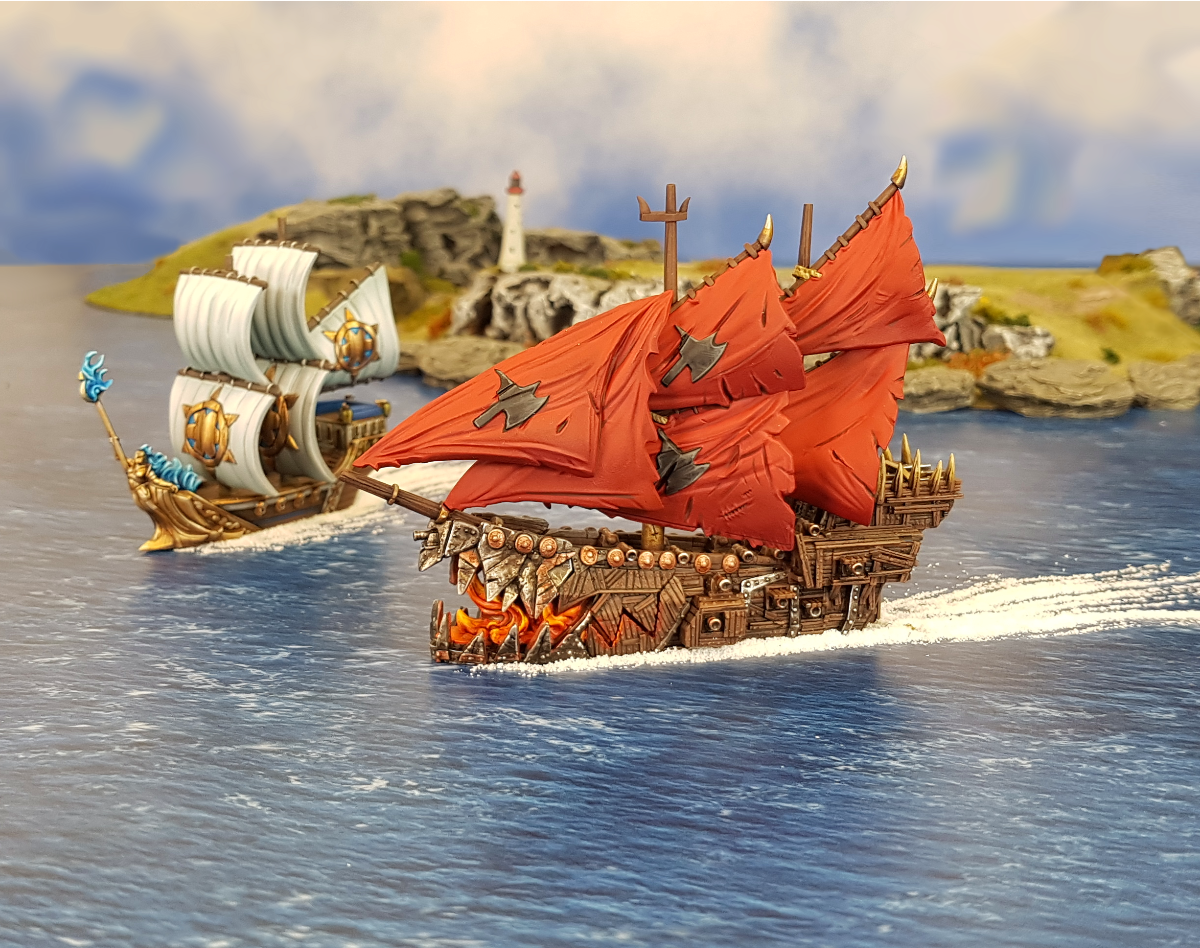 Players command a fleet of six to nine ships to capture terrifying sea monsters, unleash devastating broadsides against their opponent, upgrade their ships with arcane magic and execute daring boarding actions. Each faction has been brought to life with stunning resin boats, with more to come in 2021 and beyond. 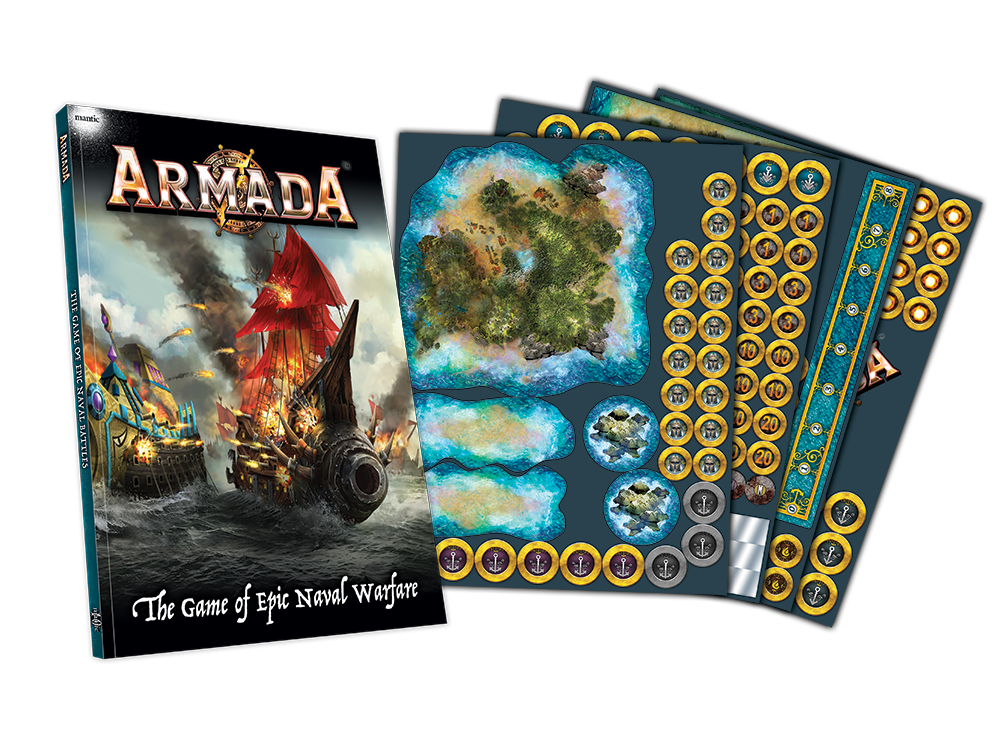 Armada will be available directly via the Mantic Games webstore and through all regular gaming and hobby stores around the world. Kings of War and Vanguard, continue to be hugely popular with growing audiences and a thriving community. Armada is a natural choice to expand the growing family of Kings of War games. “A fantasy naval game has been one of the number one requests from the Kings of War community over recent years,” said Mantic Games, CEO, Ronnie Renton. “The fact that we can release straight to retail with such a comprehensive range demonstrates the continued strength and growth of Kings of War.”

Over the coming weeks and months Mantic Games will be releasing more information about Armada, so make sure you subscribe to the Mantic Games newsletter or keep checking the blog.