You wanted the best, you got the best the hottest band in the world…

Okay maybe not the best intro but check out the excellent new release from our good friends at Modiphius Entertainment.  Rock on!

Today we’re delighted to announce the release of the acclaimed MÖRK BORG, a doom metal album of a game. A spiked flail to the face. Light on rules, heavy on everything else.
MÖRK BORG is from Free League Publishing and is available in print and PDF on Modiphius.net.
Here are the details on this fantastic doom metal art punk RPG which The Guardian called: “The  headbanger of a game that is the latest example of the fertile cross-pollination between tabletop role-playing and extreme metal: a love letter to the hellraising imagery, lyrics, and album art of metal.” 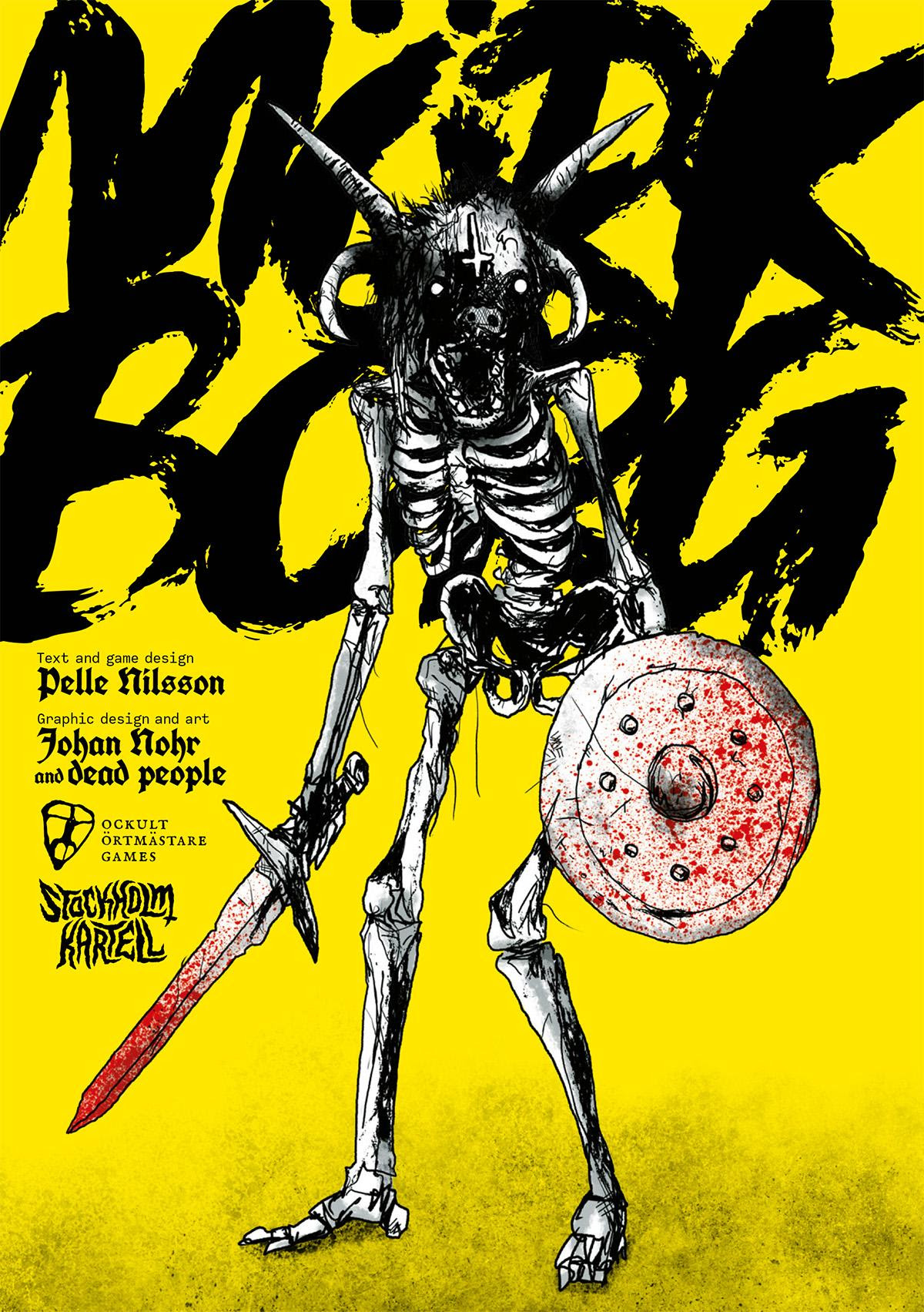 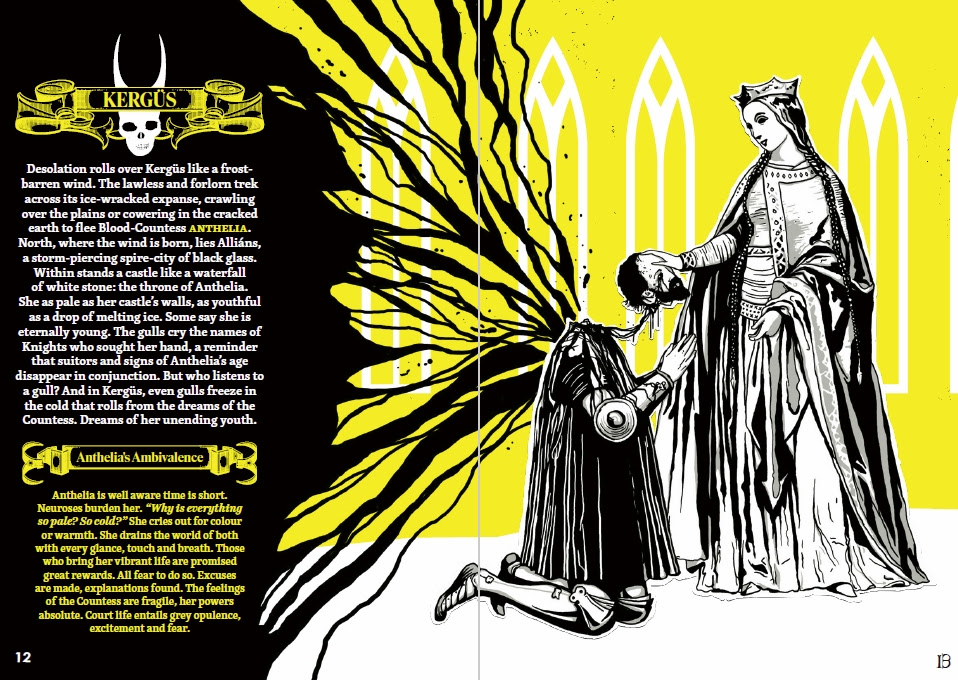 MÖRK BORG is a pitch-black apocalyptic fantasy RPG about lost souls and fools seeking redemption, forgiveness or the last remaining riches in a bleak and dying world. Who are you? The tomb-robber with silver glittering between cracked fingernails? The mystic who would bend the world’s heart away from it’s inevitable end? Confront power-draining necromancers, skulking skeletal warriors and backstabbing wickheads. Wander the Valley of the Unfortunate Undead, the catacombs beneath the Bergen Chrypt or the bedevilled Sarkash forest. But leave hope behind – the world’s cruel fate is sealed, and all your vain heroic efforts are destined to end in death and dismay. Or are they?
MÖRK BORG is a complete game in the OSR genre, that can be played as is or be picked apart for use in your own homebrew. The rules are easily made compatible with most of the editions of the world’s largest role-playing game. Within the book you’ll find. 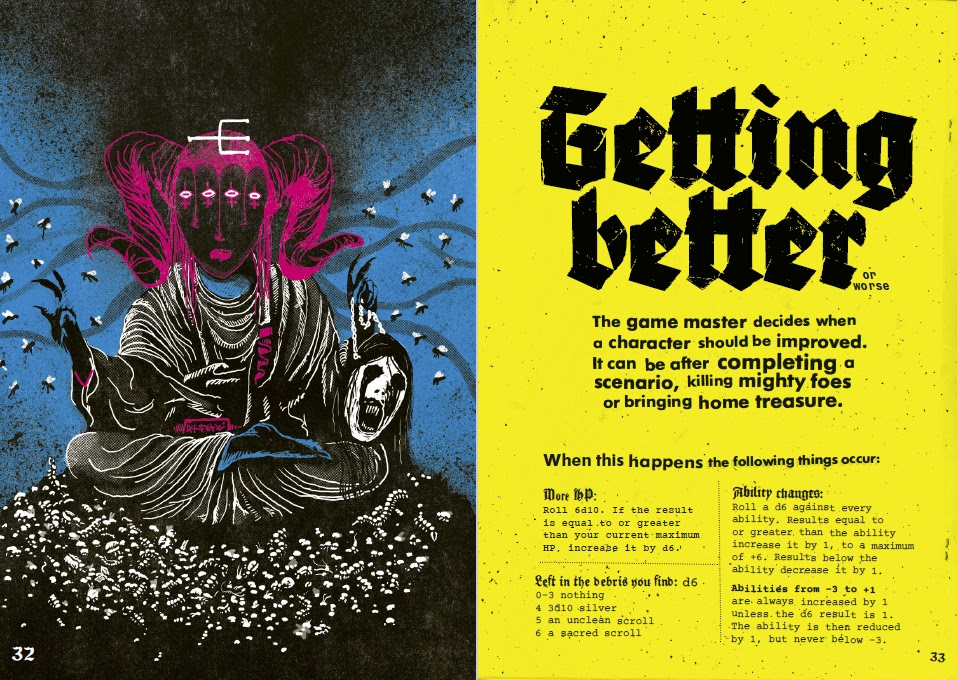 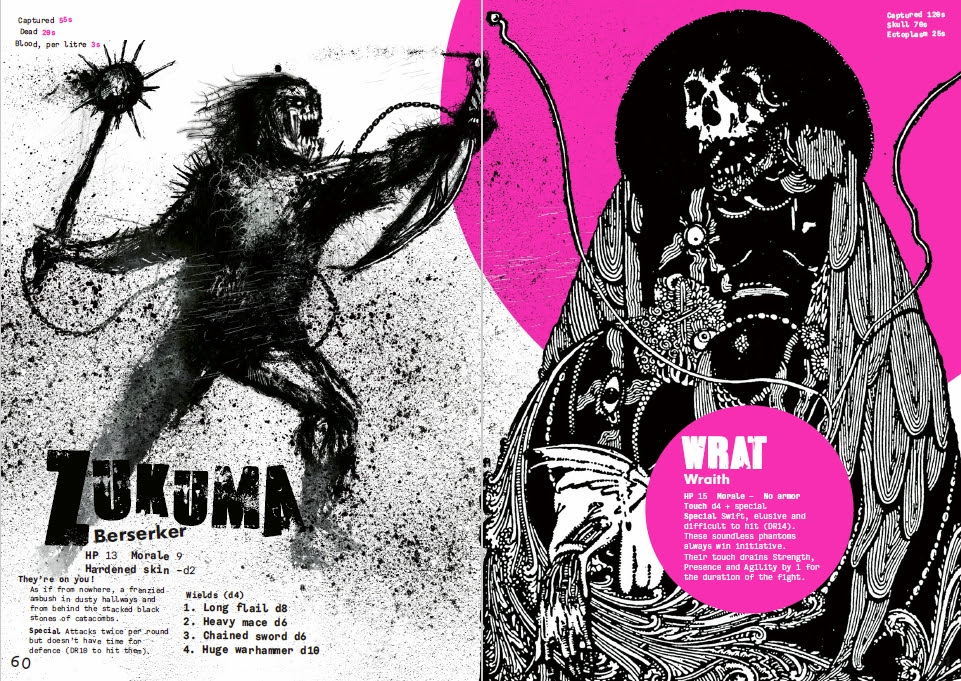